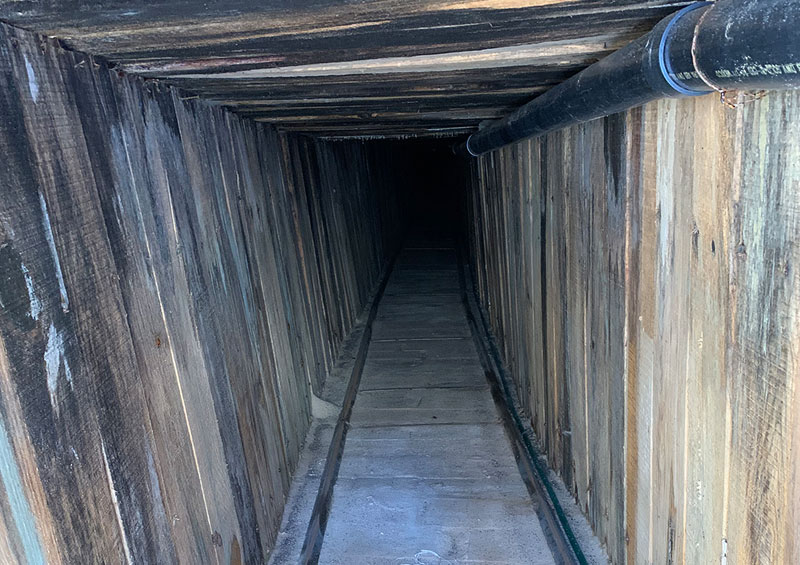 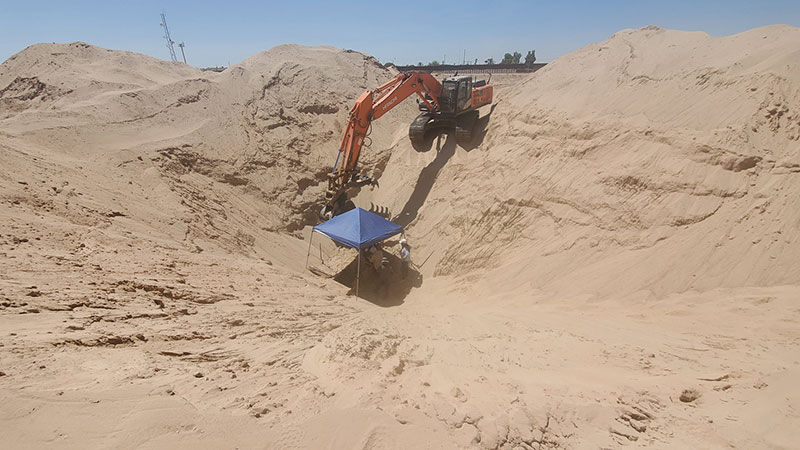 The U.S. portion of the tunnel reaches from the 1300 block of Los Olivos neighborhood in San Luis, Arizona, stretching past the Mexican border and under the fence extending more than 1,300 feet to Calle 10 and Ave. Capitan Carlos G. Calles in San Luis, Mexico. Preliminary photographs reveal the man-passable passageway measures 3 feet wide and 4 feet high and is equipped with a fully developed ventilation system, water lines, electrical wiring, rail system, extensive reinforcement and shoring, known to be commonly used in sophisticated subterranean tunnels. The tunnel was detected prior to completion, and there was no access from the tunnel to the surface in the U.S. 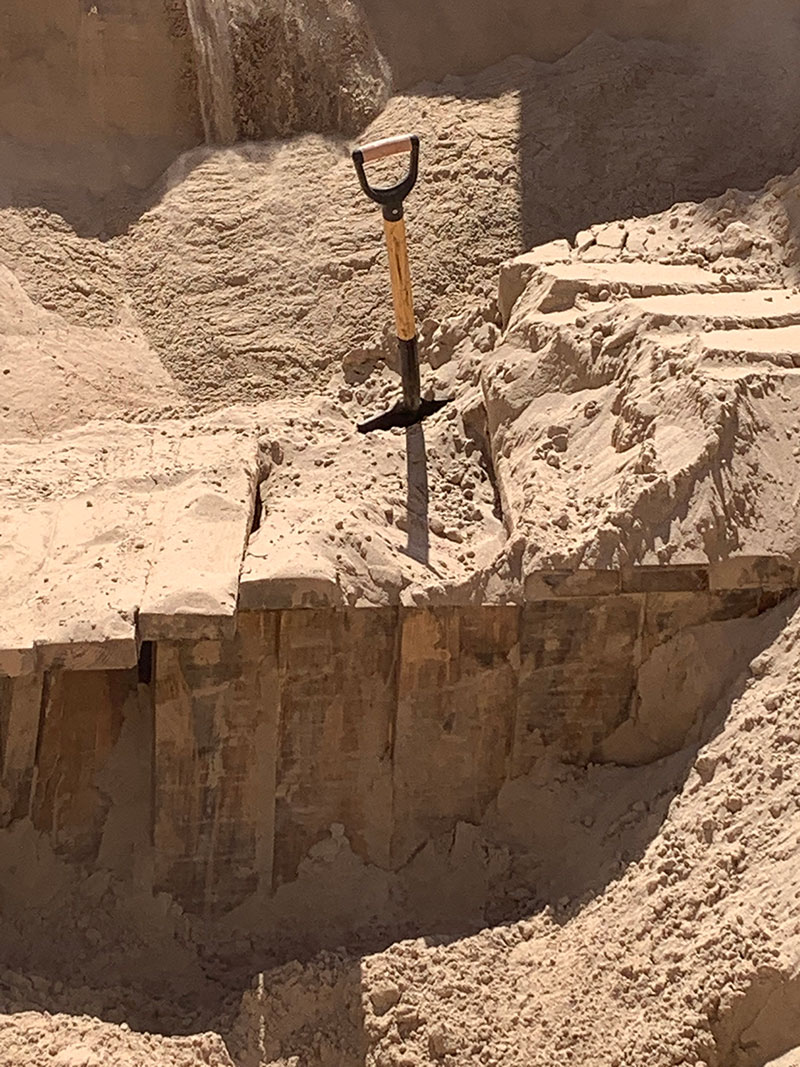 “Homeland Security Investigations and our esteemed law enforcement partners swiftly and effectively worked together to uncover and dismantle a cross-border tunnel for smuggling purposes into the United States,” said Scott Brown, special agent in charge of HSI Phoenix. “Despite the international pandemic, HSI and our law enforcement colleagues remain resilient and committed to pursue dangerous criminal trans-border smuggling activities along the southwest border.” 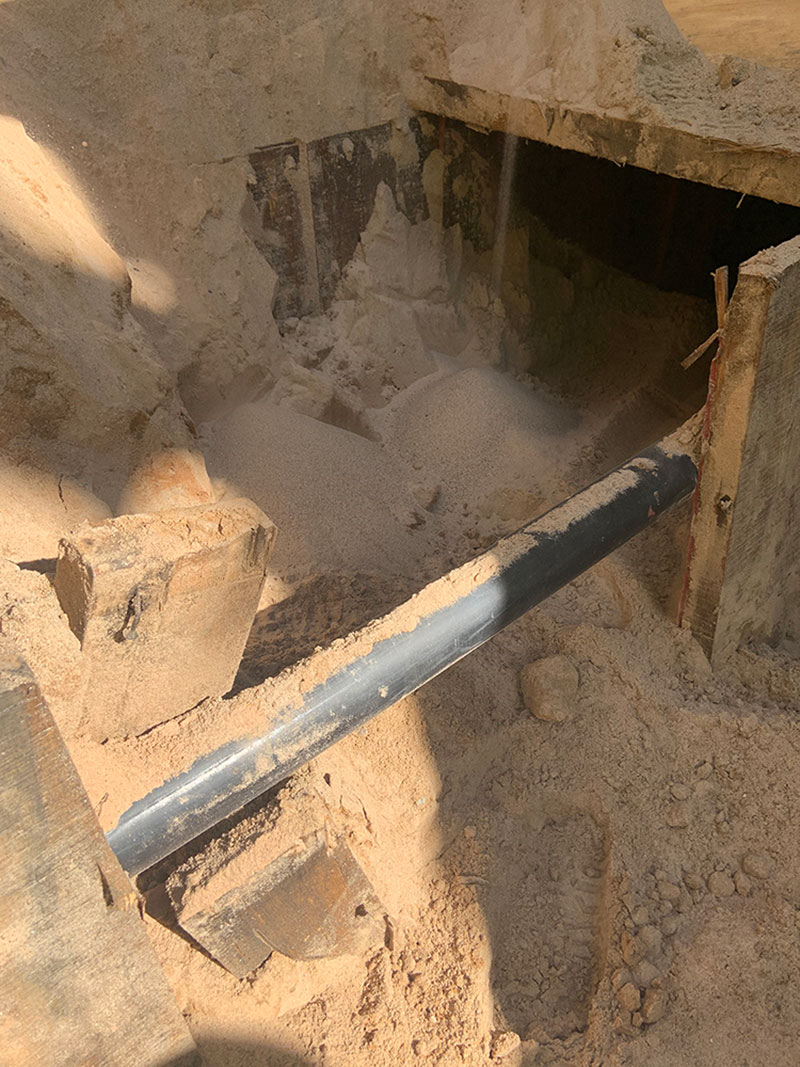 In mid-July, federal agents discovered a sinkhole along the U.S./Mexico border between the primary and secondary border fences. HSI special agents responded to the area and observed the sinkhole was in line with the area of an ongoing tunnel investigation. With the assistance of federal partners, on July 27, Yuma Sector Border Patrol commenced drilling near the sinkhole site; shortly thereafter, pieces of wood and water hoses were discovered underground, as well as a void. A specialized camera was deployed 25 feet underground to investigate the gap revealing the cross-border tunnel. 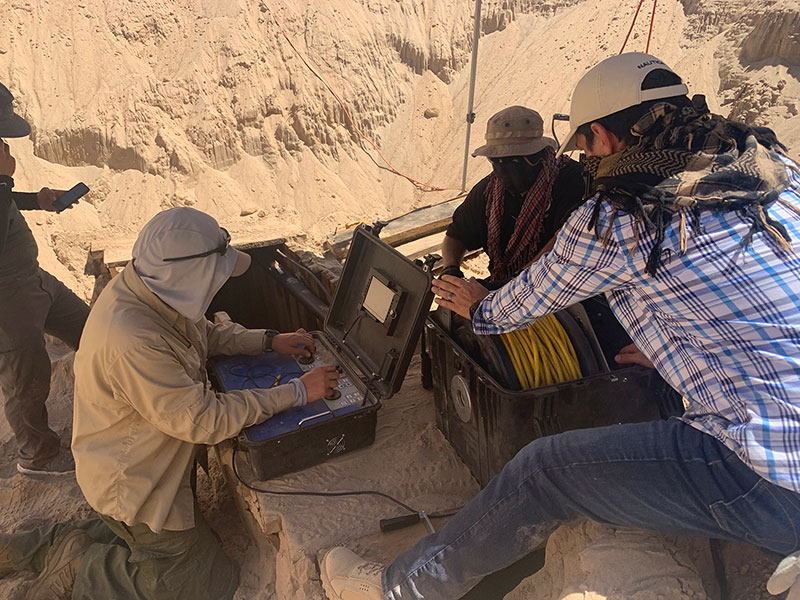 “This appears to be the most sophisticated tunnel in U.S. history, and certainly the most sophisticated I’ve seen in my career,” said Carl E Landrum, acting chief patrol agent, Yuma Sector. “We will continue to work closely with our partners – Homeland Security Investigations and state and local agencies to provide the best national security possible.”

To report suspicious activity related to this ongoing investigation, please call 1-886-DHS-2-ICE, you may remain anonymous.</