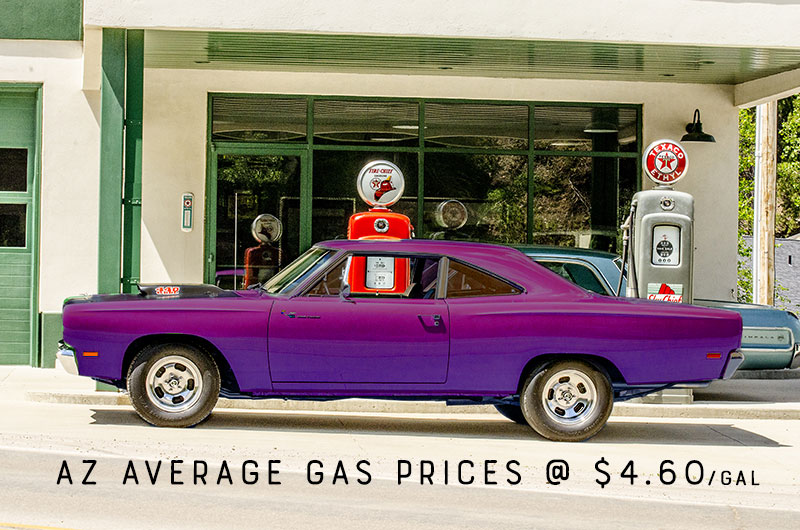 Over $4 per gallon pretty much everywhere in Arizona

According to GasBuddy price reports, the cheapest station in Phoenix was priced at $3.54/g yesterday while the most expensive was $5.19/g, a difference of $1.65/g. However, that $3.54/gallon is a membership station, and unless you are a member, you are not able to purchase their gasoline. The lowest price in the state yesterday was $3.54/g (at the membership station) while the highest was $5.99/g, a difference of $2.45/g. 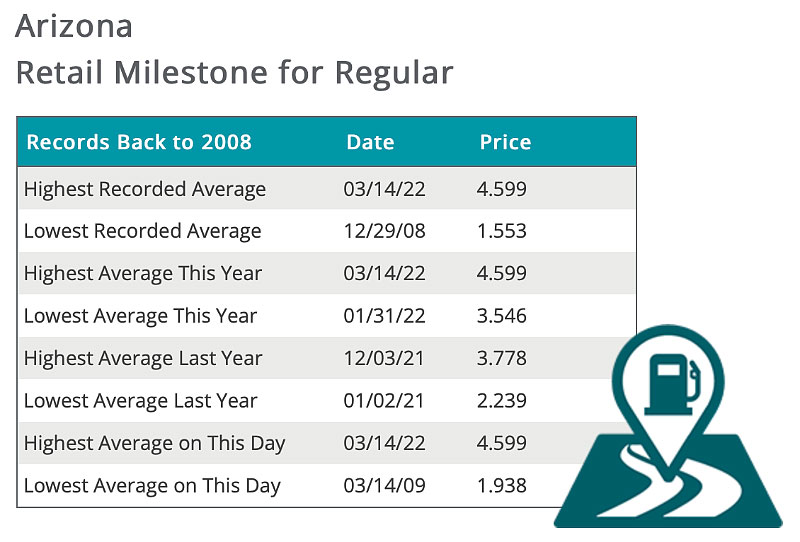 The national average price of gasoline is unchanged  in the last week, averaging $4.32/g today. The national average is up 83.6 cents per gallon from a month ago and stands $1.47/g higher than a year ago, according to GasBuddy data compiled from more than 11 million weekly price reports covering over 150,000 gas stations across the country. 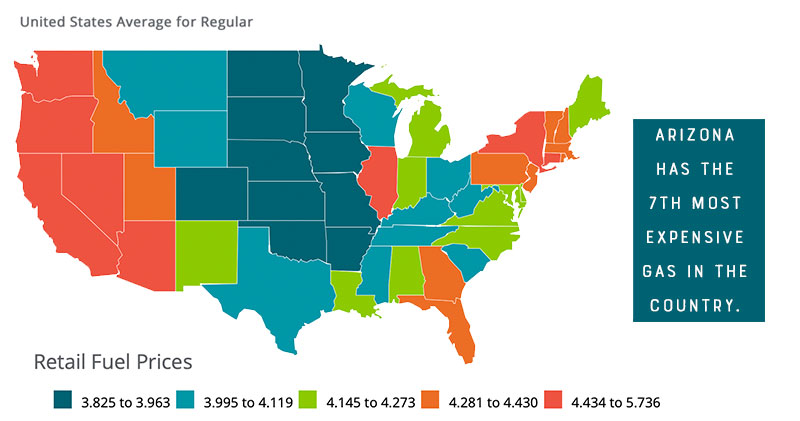 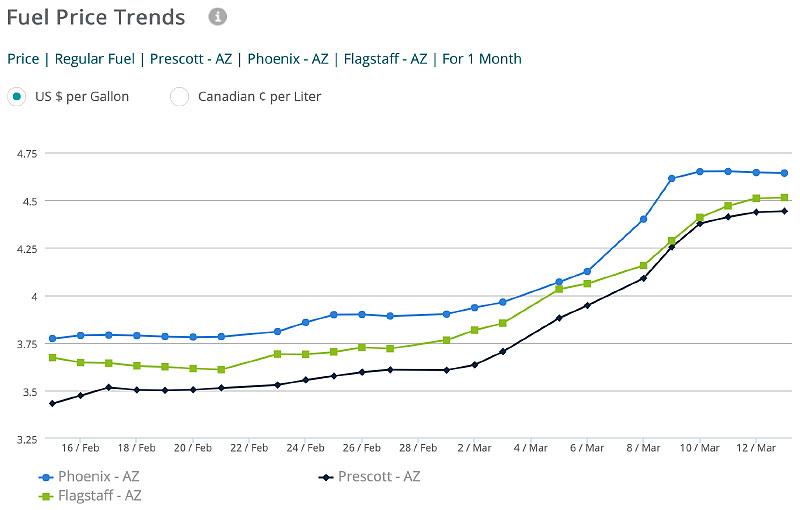 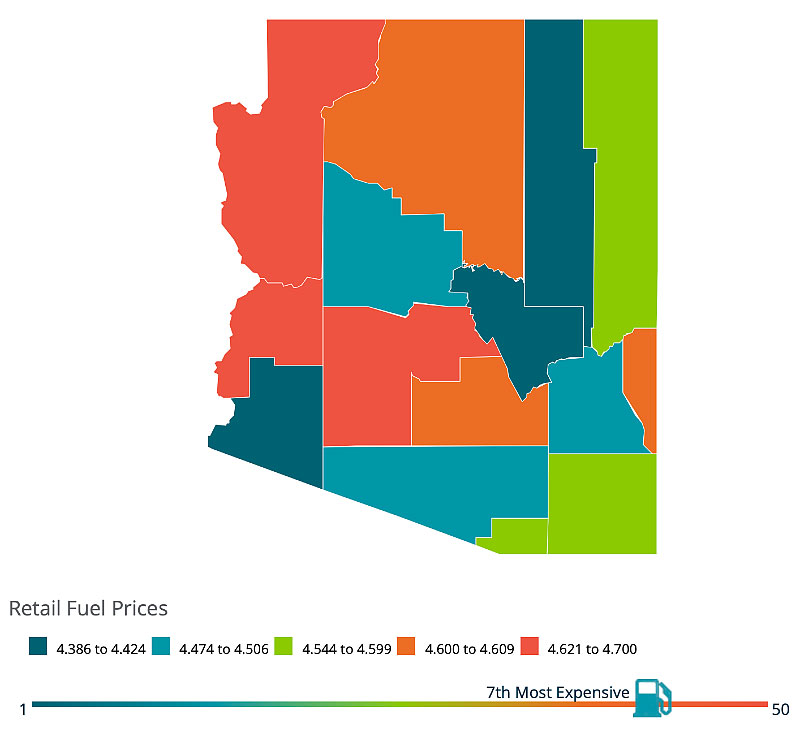 “After a furious increase in the national average over the last two weeks, the top appears to be in with average gas prices slowly starting to decline over the last few days,” said Patrick De Haan, head of petroleum analysts at GasBuddy. “While the decrease could be short-lived, it is nonetheless a well-needed break from the large surge in gas prices we've experienced over the last few weeks. The situation remains fluid, and escalations remain very possible, if not likely. For now, a $4.50 per gallon national average is off the table, but it certainly could be a future possibility as long as there is conflict between Russia and Ukraine.”