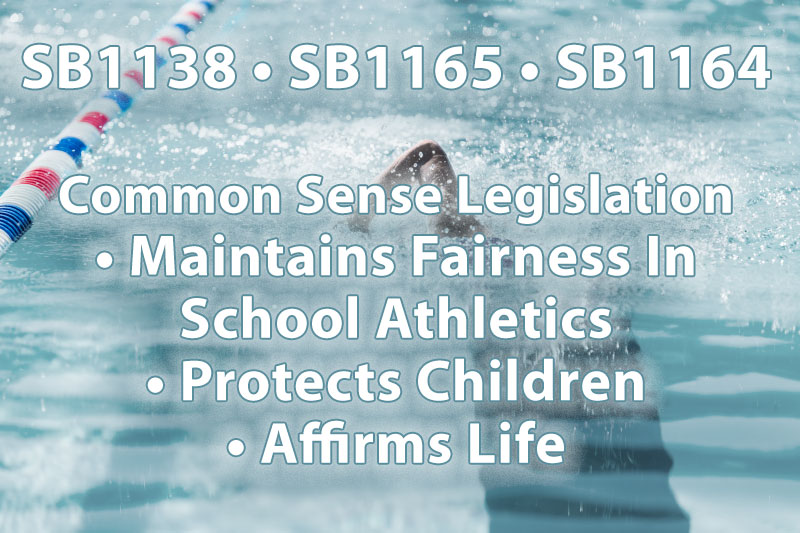 “Today I signed S.B. 1138 and S.B. 1165, legislation to protect participation and fairness for female athletes, and to ensure that individuals undergoing irreversible gender reassignment surgery are of adult age. This legislation is common-sense and narrowly-targeted to address these two specific issues ⁠— while ensuring that transgender individuals continue to receive the same dignity, respect and kindness as  every individual in our society,” Governor Ducey said in a letter explaining his support for today’s legislation.

Senate Bill 1138, sponsored by Sen. Warren Petersen, delays irreversible gender reassignment surgery until the age of 18. The bill does not prohibit puberty blocking hormones or any other hormone therapy and will not require any child to go off any prescriptions they may be taking.

“S.B. 1138 delays any irreversible gender reassignment surgery until the age of 18,” Governor Ducey said in the letter. “The reason is simple, and common sense – this is a decision that will dramatically affect the rest of an individual’s life, including the ability of that individual to become a biological parent later in life.”

Physicians will be able to provide medical treatment for various sex development disorders and infection or disease caused by gender transition procedures.

The Governor also signed S.B. 1165, sponsored by Sen. Nancy Barto. This legislation requires all Arizona public schools, and any private schools that compete against them, to expressly designate their interscholastic athletics teams based on the biological sex of the participating students.

“S.B. 1165 creates a statewide policy to ensure that biologically female athletes at Arizona public schools, colleges, and universities have a level playing field to compete,” Governor Ducey said in the letter. “Every young Arizona athlete should have the opportunity to participate in extracurricular activities that give them a sense of belonging and allow them to grow and thrive.”

Continuing Arizona’s commitment to protecting preborn children, the Governor also signed S.B. 1164, sponsored by Sen. Nancy Barto. The bill prohibits a physician from performing an abortion past 15 weeks gestation, except in a medical emergency.

“In Arizona, we know there is immeasurable value in every life – including preborn life,” said Governor Ducey in a letter. “I believe it is each state's responsibility to protect them.”

Physicians who perform an abortion in violation of this statute and in a non-medical emergency, are subject to be charged with a class 6 felony and if convicted, will have their license suspended or revoked.

Women who received an abortion after 15 weeks may not be prosecuted.

Also signed this week were: