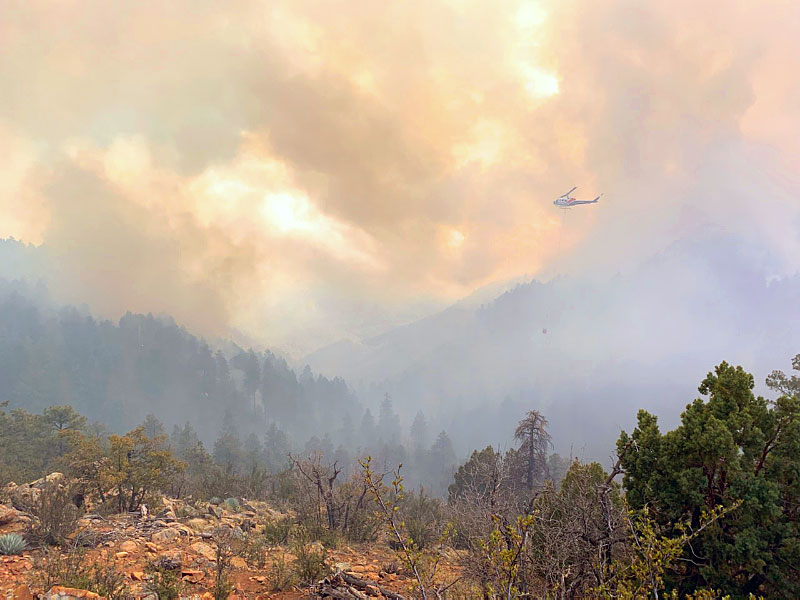 Summary:  At approximately 10:00 AM on Monday, April 18, 2022, resources from Prescott National Forest responded to a reported wildfire south of Prescott near Mt Union.  The fire is burning through brush, ponderosa pine and mixed conifer.  Local resources including aircraft have been working throughout the day in rugged terrain identifying hazards and scouting control feature as the begin to suppress the fire.  Resources including crews, engines and aircraft are on scene and have been ordered.  Smoke may be visible from multiple locations including Chino Valley, Mayer, and Prescott Valley.

EVACUATIONS ORDERED IN THE FOLLOWING AREAS by YCSO:

Mandatory Evacuation Ordered – Code Red is Active “GO” Evac:  A MANDATORY EVACUCUATION ISSUED FOR RESIDENTS LOCATED NEAR MT UNION AND CAMP KIPPA. SIGNIFICANT DANGER TO YOU; GATHER NECESSARY ITEMS AND GO. A SHELTER HAS BEEN SET UP AT FINDLAY TOYOTA CENTER IN PV.  For more information visit: https://ein.az.gov/ready-set-go