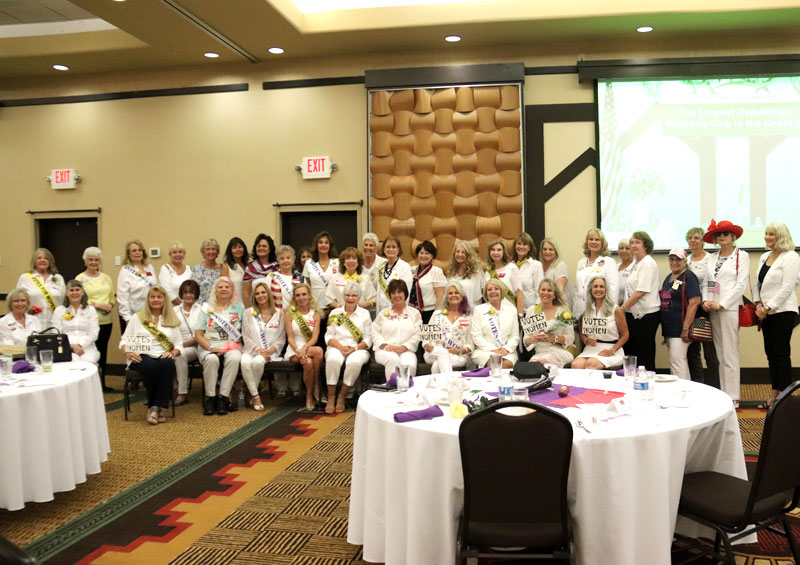 Today is the anniversary of the 19th amendment, ratified on August 18, 1920, giving women the right to vote.

The Republican Women of Prescott celebrated the Women’s Right to Vote in their August 11, 2020 meeting. Many of the ladies wore white jackets and sashes that read, “Votes for Women”. As part of their educational program, they showed this movie:

Arizona State Treasurer Kimberly Yee, was one of their keynote speakers, and she offered a look at some of the trailblazing women from the Prescott area.

Francis Munds - A Yavapai County school teacher and leader of the Suffrage movement within Arizona. Munds was the first woman member of the Arizona Senate and only the second in the country. She died on December 16, 1948 and was buried at the Mountain View Cemetery in Prescott. In 1982, she was inducted into the Arizona Women’s Hall of Fame. "As soon as the first state election was held, we commenced bombarding the governor with petitions and letters asking him to recommend suffrage in his message to the legislature," Munds wrote in a speech discussing the history and progress of the women's suffrage movement in Arizona. 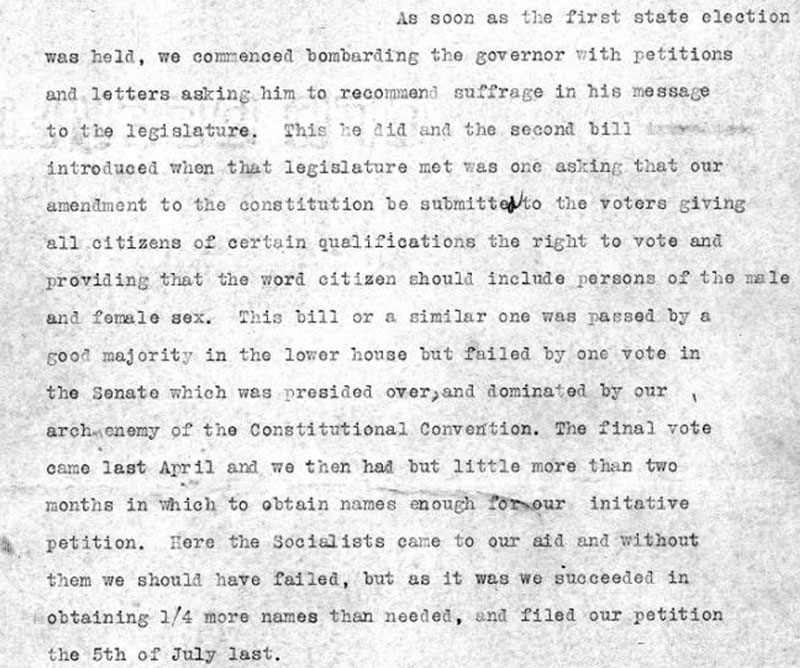 Other women in Arizona recognized as trailblazers included:

Rachel Emma Allen Berry took her seat in the Arizona House of Representatives on January 11, 1915.  There she successfully advocated the adoption of the state flag we have today. She fought for bills concerned with education and child welfare and served as chairman of the Good Roads Committee. (Some things never change, right?) She also created a bit of a rumpus with her attempt to banish cigars and chewing tobacco in the Legislature. (She didn't win that battle!)

Elsie Toles - The first woman female statewide elected official, a Repubican who was elected as the Arizona Superintendent of Public Education

Sandra Day O'Connor: United States Supreme Court Justice. Although she graduated # 2 in her law class and wrote for the prestigious Stanford Law Review, Sandra Day O’Connor initially faced obstacles finding employment as a lawyer, a profession dominated by men. She persevered and found a position. 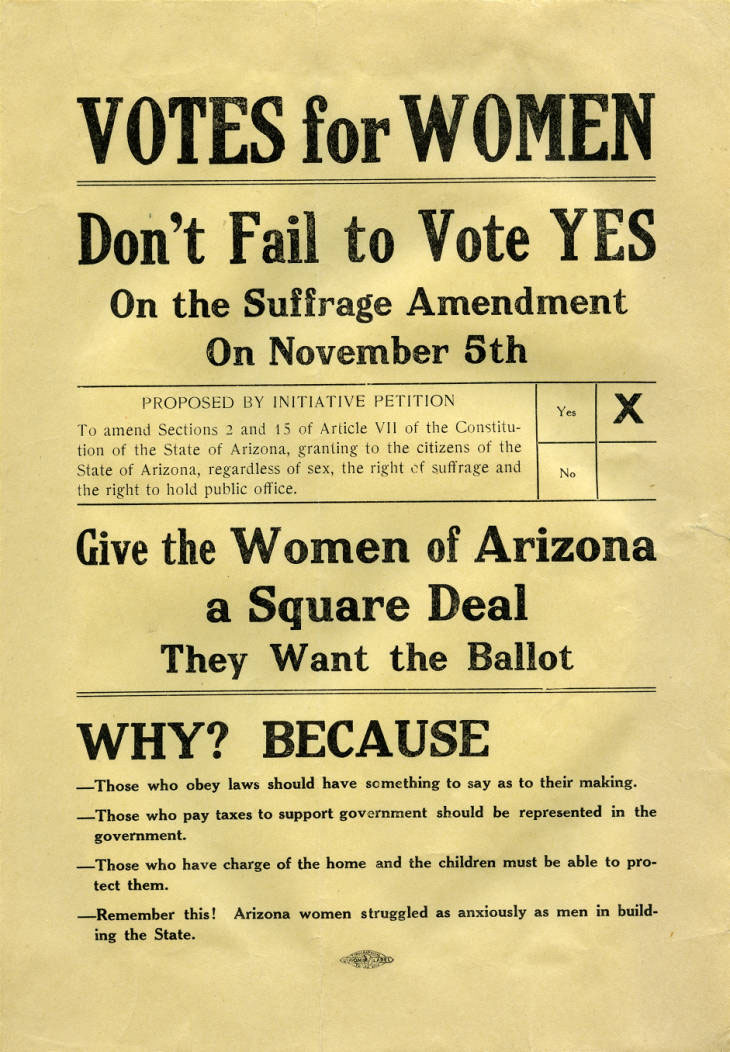 Did you know, that when Arizona's election was held on the initiative for women to vote, it passed by a margin of 3:1 in every county?

More information on women's right to vote in Arizona: https://azlibrary.gov/dazl/learners/research-topics/womens-suffrage

16 Reasons Why Women Should be Allowed to Vote

Arizona has had the most female governors - four - and three have served consecutive terms.

President Trump also offered a proclamation on the 100th Anniversary of the Ratification of the Nineteenth Amendment. Furthermore, President Trump is pardoning Susan B. Anthony.

America will always honor its heroes!

President @realDonaldTrump will sign a full and complete pardon for Susan B. Anthony, who voted in 1872 before women had the right to vote. pic.twitter.com/ZOTb6cWt27

Finally, Governor Doug Ducey is recognizing this momentous anniversary with an Arizona Proclamation. Since Women’s Equality Day is August 26th, the Capitol will be lit in purple and gold to further celebrate the right of Women’s Votes. 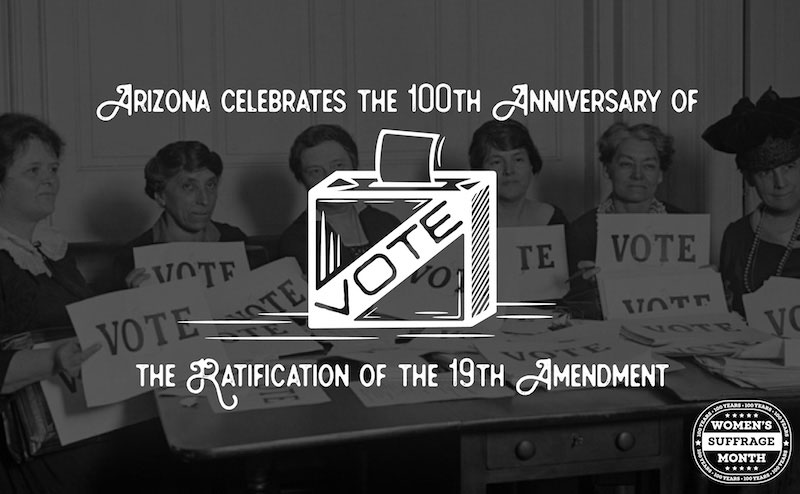 PHOENIX⁠ — Arizona is celebrating the 100th anniversary of the ratification of the 19th Amendment, which granted women the right to vote after more than 70 years of advocacy. Congress ratified the 19th Amendment on August 18, 1920.

“Arizona is proud to recognize the anniversary of the 19th Amendment and 100 years of women’s right to vote across the nation,” said Governor Ducey. “This historic occasion in 1920 was the result of decades of unwavering advocacy. As we celebrate this proud moment in our nation’s history, we honor the countless voices—many who called Arizona home—who ushered in a more free and fair democracy.”

Women’s Equality Day is on August 26, 2020. The Arizona State Capitol will be lit purple and gold on this day to further celebrate 100 years of women’s right to vote in the United States. Organizations, businesses, and private and public buildings are welcome to join in the purple and gold lighting on August 26. 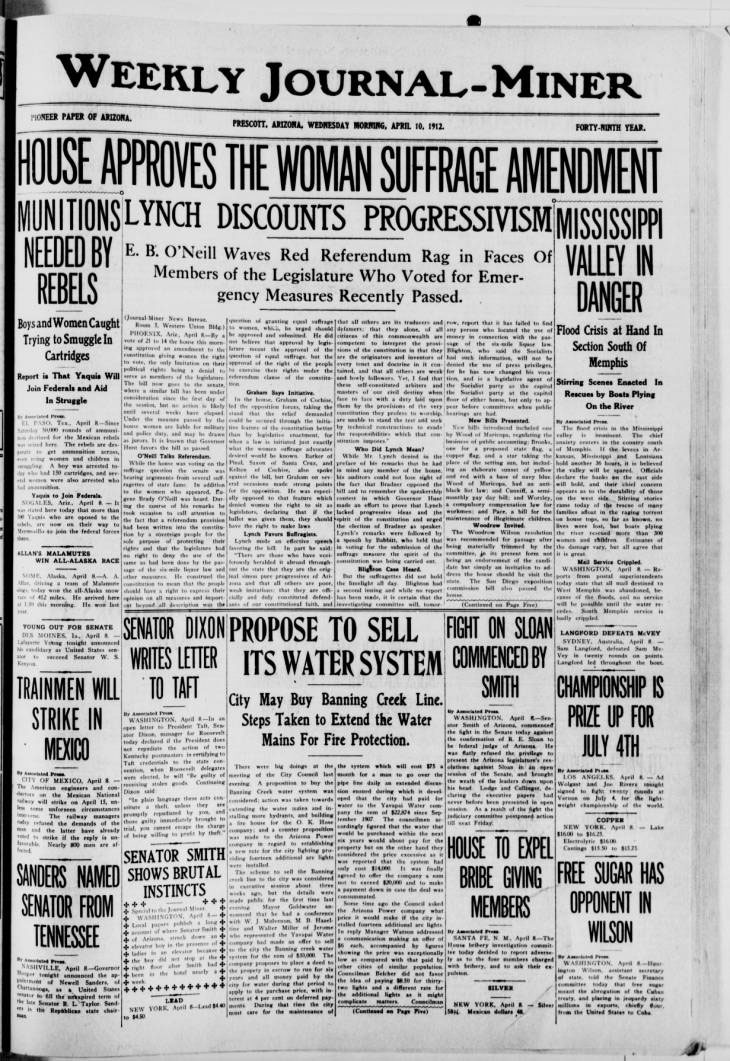