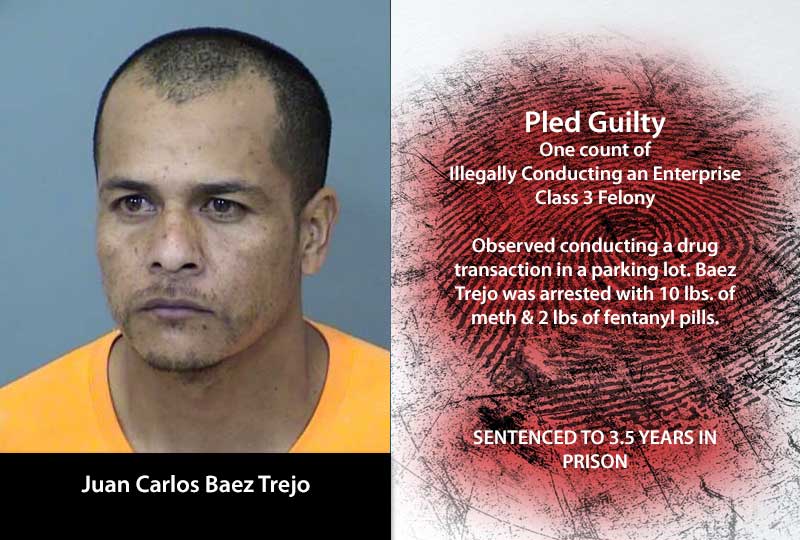 On October 19, 2021 police arrested Baez Trejo after observing him conduct a drug transaction in a parking lot. Baez Trejo was arrested with ten pounds of methamphetamine and two pounds of fentanyl pills.

Baez Trejo pleaded guilty to one count of Illegally Conducting an Enterprise, a Class 3 Felony. On July 26, 2022, a Maricopa County Superior Court Judge sentenced Baez Trejo to 3.5 years in the Arizona Department of Corrections.

The case was investigated by the Arizona Department of Public Safety.

A copy of the indictment is available here. 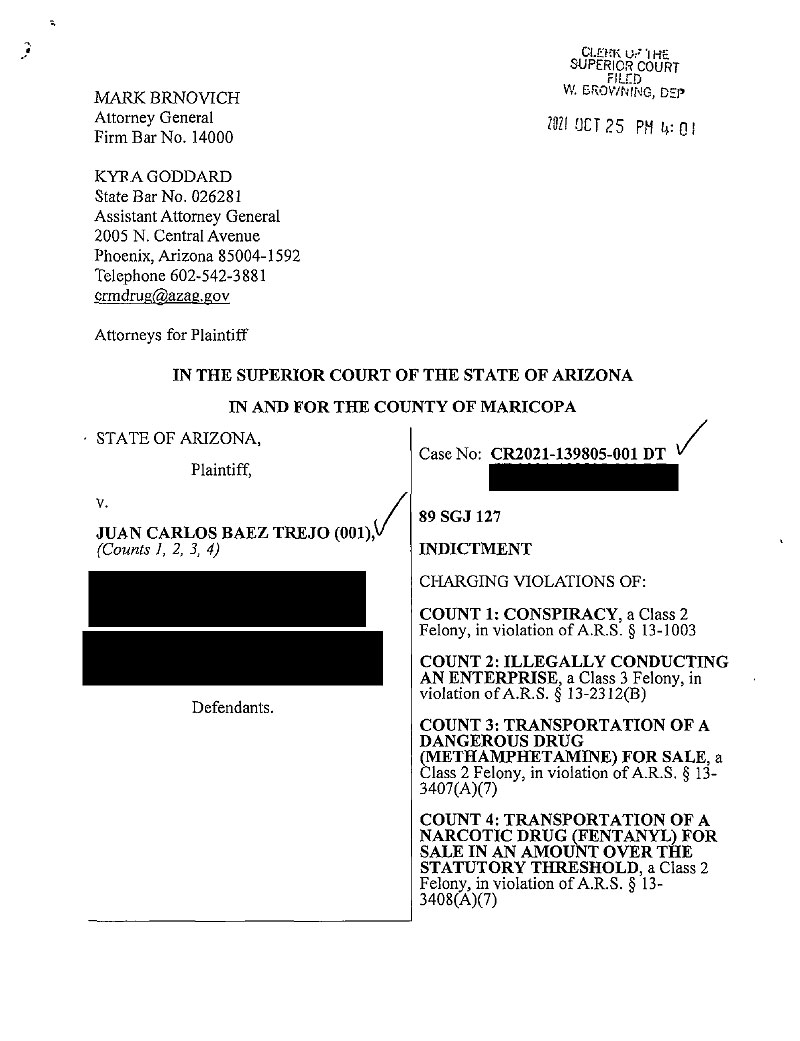 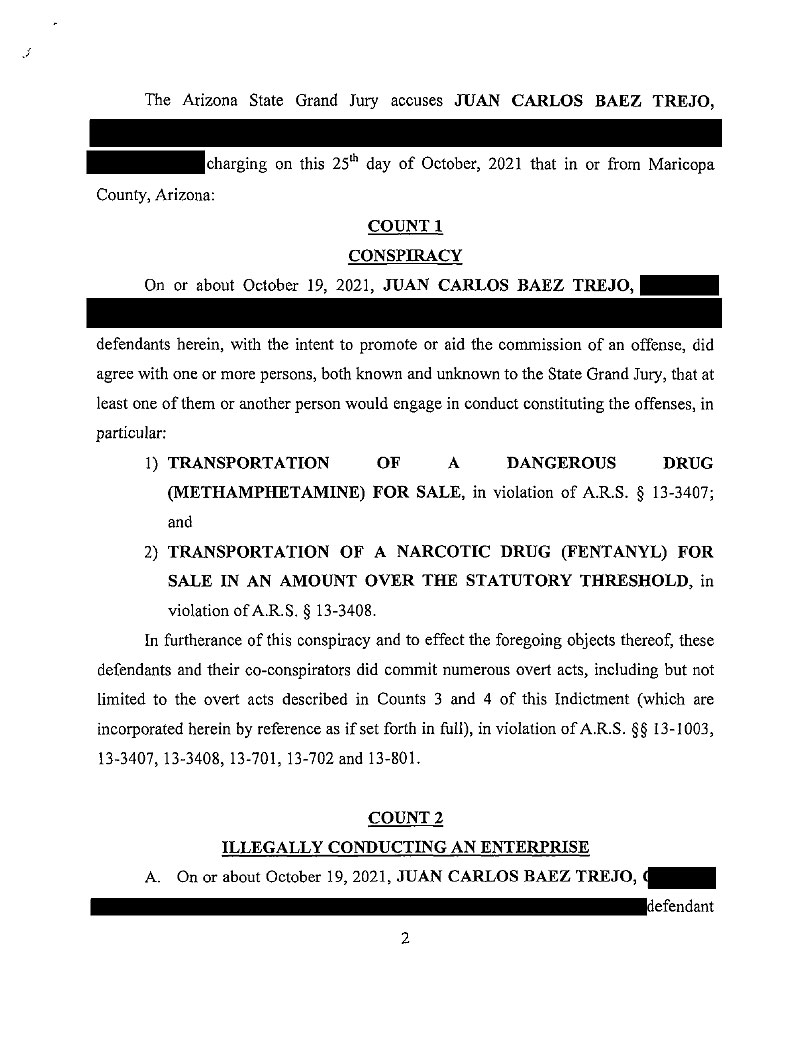 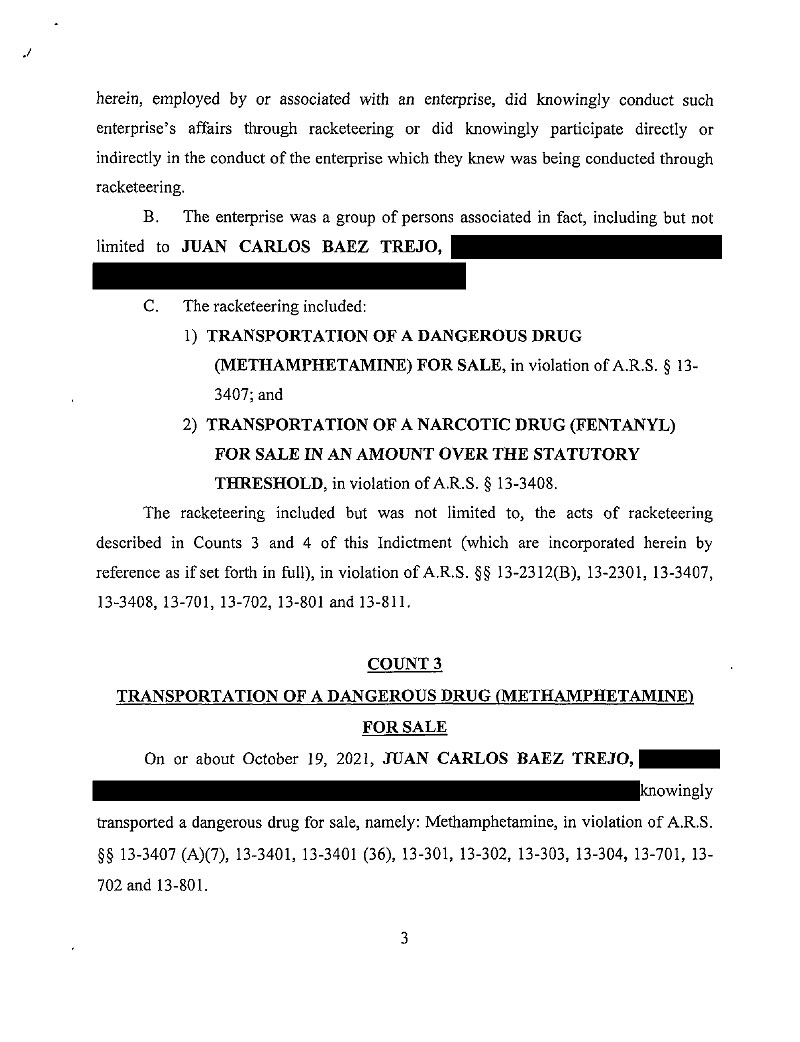 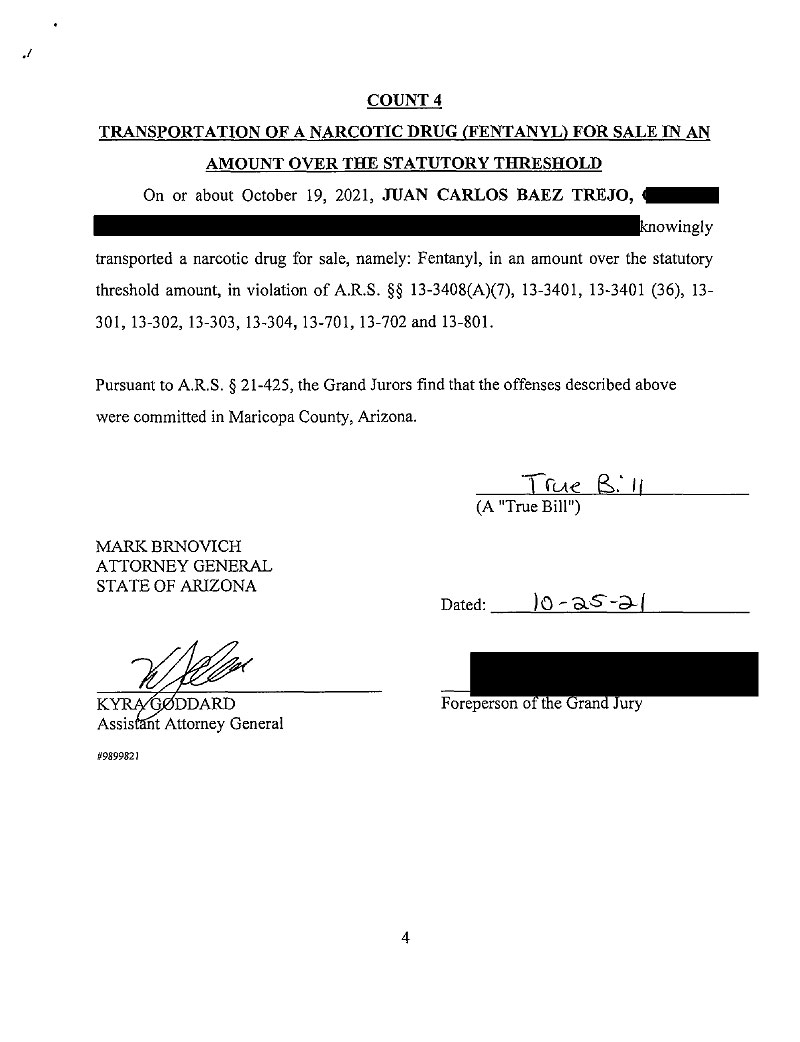