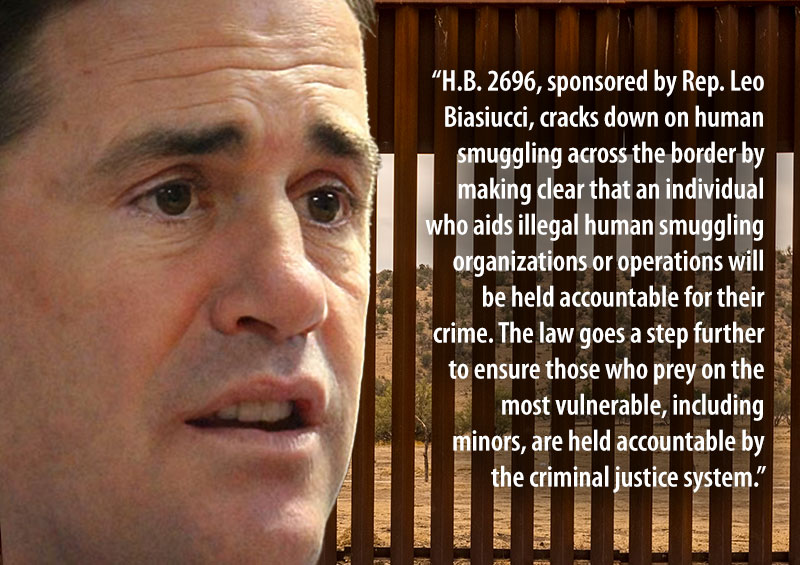 What To Know: New Laws on Education, Public Safety and Water Security Go Into Effect This Weekend

“This year’s legislative session is sure to be one to remember  — and not only because of the historic bipartisan budget agreement. We took record revenues and sent a clear message about our state’s future: we’re ready, and we’re unstoppable.” – Governor Doug Ducey

Governor Ducey signed 387 bills during the second session of Arizona’s 55th Legislature, capping eight successful years of collaboration with lawmakers to position our fast-growing state as a land of opportunity.

Below are some highlights of the laws:

Arizona’s bold plan to secure its water future goes into effect today. S.B. 1740 was a bipartisan effort across the House and Senate, legislative leaders and Governor Ducey. The $1 billion investment will fund projects to bring additional water to the state and help ensure that Arizona families, businesses and agriculture continue to have adequate long-term water supplies.

The governor forged the plan in partnership with Arizona Senate President Karen Fann, House Speaker Rusty Bowers, and Leaders Rebecca Rios and Reginald Bolding, taking an “all of the above” approach to address water supply for the next 100 years.

The investment expands the Water Infrastructure Finance Authority with a new board and with responsibilities to provide loans and grants to water providers and entities for the purposes of importing water into Arizona, conservation, efficiency and reuses, and new technologies.

Cracking Down on Crime at the Border

H.B. 2696, sponsored by Rep. Leo Biasiucci, cracks down on human smuggling across the border by making clear that an individual who aids illegal human smuggling organizations or operations will be held accountable for their crime. The law goes a step further to ensure those who prey on the most vulnerable, including minors, are held accountable by the criminal justice system.

The law builds upon Arizona’s monumental border security investments in this year's budget, which allocated more than $560 million for the Border Security Fund. The investments have already been put to use, filling border wall gaps near Yuma.

Solidifying Arizona’s Position as a National Leader in Civics Education

H.B. 2632, sponsored by Rep. Quang Nguyen, strengthens Arizona students’ competency in civics before graduating high school. The bill pushes the Arizona Civics Test passing score up from 60 to 70 percent, allows students to take the test as early as middle school and requires test score data to be made publicly available online.

Furthermore, the governor signed S.B. 1497, sponsored by Sen. Vince Leach, establishing the Arizona America250 Commission. The commission which will plan a celebration for the United States’ 250th anniversary and strengthen teachings of our nation’s founding in schools.

Civics education has been a legislative priority for Governor Ducey since he took office. The first bill he signed into law created the Arizona Civics Test.

H.B. 2144, sponsored by Rep. Regina Cobb, increases access for patients and their doctors to innovative testing that can help determine the most effective medical treatment for cancer and other diseases.

Governor Ducey celebrated the bill signing in May at the Dignity Health Cancer Institute at St. Joseph's Hospital and Medical Center in Phoenix. Arizona now joins only a handful of other states in requiring health insurance plans to cover biomarker testing when there’s a clinical need.

H.B. 2741, sponsored by Rep. Joanne Osborne, waives state business licensing fees for military spouses and honorably discharged veterans, helping those who have served their country start their own business.

The move adds to the current rule that agencies must waive any initial business licensing fee for an applicant whose income does not exceed 200 percent of the federal poverty guidelines.

H.B. 2025, sponsored by Rep. Michelle Udall, strengthens parents' rights by requiring school governing boards to adopt policies for visits, tours and observations of all classrooms by parents of enrolled pupils and parents who wish to enroll their children in the charter school or school district.

H.B. 2161, sponsored by Rep. Steve Kaiser, increased access for parents to their children’s educational records. It also states that parents must be provided any survey language their child may take.