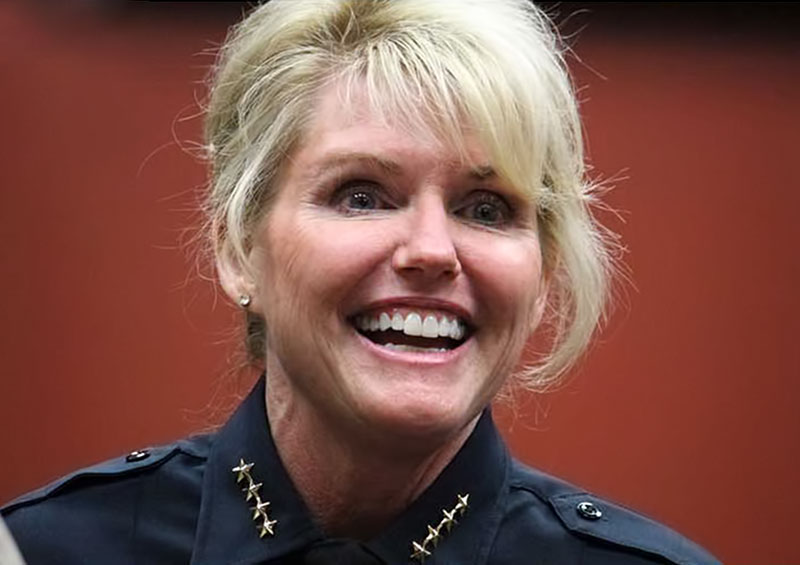 Prescott, AZ (September 2, 2020) – Prescott Police Chief Debora Black has been recognized as a 2020 Arizona Capitol Times Public Safety Leader of the Year.  Each year, the Arizona Capitol Times honors men, women and organizations that have contributed greatly to the growth of our state, and whom have worked each day to improve the quality of life of Arizona’s citizens. The City of Prescott is proud to have Chief Black leading the men and women of the Prescott Police Department.

“Congratulations to Chief Black,” said Prescott Mayor Greg Mengarelli. “We have been privileged to witness her exemplary leadership in her role as our Chief of Police, for the past several years.  She is an outstanding representative of our City and our community.”

Chief Black is an Executive Fellow for the Police Foundation, dedicated to advancing policing through innovation and science. She serves as the Third Vice President for the Arizona Association of Chiefs of Police, is a member of the Yavapai County Justice and Mental Health Coalition, Advisory Board Member for the Coalition of Compassion and Justice and serves on the NIDA Practitioner Board for the Justice Community Opioid Innovation Network.  She was appointed as an inaugural member of the Council on Criminal Justice, a national, non-partisan think tank formed to advance criminal justice policies and practices. Chief Black is involved in many local non-profits in service to the community including Prescott Women Who Care, and Yavapai Big Brothers and Big Sisters. YWCA honored her as the Public Service Leader of the Year in 2008.

Chief Black earned her Master of Public Administration and Bachelor of Science from Arizona State University. She attend the Harvard University Kennedy School of Government for Senior Executives in State and Local Government and has earned a Certificate in Legal Studies at Phoenix College. Chief Black is currently pursuing her Master’s in Clinical Mental Health Counseling at Grand Canyon University.

Chief Black will be formally recognized in a virtual awards night on September 29, 2020 and will also be profiled in a special edition of the Arizona Capitol Times.