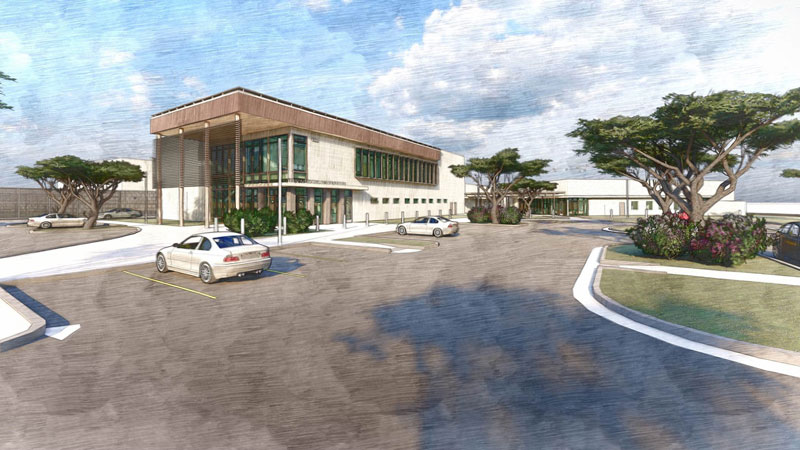 On Wednesday, December 16, 2020, at the regular Yavapai County Board of Supervisors meeting the Board voted to approve the Guaranteed Maximum Price (GMP) of $58,428,337.00 for the second and final phase of construction for the new Justice Center currently under construction in Prescott Arizona. The first GMP was for the mass grading or dirt work needed to create a firm foundation.  The second and final GMP will bring the construction of the Justice Center out of the ground and to final completion with an estimated completion date in the summer of 2022.

Before the vote was taken, Chairman Brown asked the Yavapai County Clerk of the Board Kim Kapin, if there had been any public comments submitted regarding this agenda item.  The Clerk reported that there had been ten letters of opposition mainly regarding environmental concerns.  Chairman Brown, in an effort to clear up the environmental concerns, asked the Assistant County Administrator, Jack Fields, to discuss with the Board a meeting that was held on December 15, 2020, hosted by the Arizona Department of Environmental Quality (ADEQ), and included representatives from The Sierra Club, The City of Prescott, and Arizona House of Representatives Noel Campbell.

Assistant Administrator Fields explained that on multiple occasions throughout the meeting, ADEQ staff complimented the City of Prescott and Yavapai County for their thorough and ongoing cooperation during these past investigations. Representatives from ADEQ also stated that according to the data the level of contamination at the site was very low for both the Justice Center site and the landfill.  During the meeting, the ADEQ Director, Misael Cabrera said, “There is nothing that suggests that we are putting human health at risk and there is nothing to suggest that a lawsuit [based on the environmental conditions on the site] would prevail in court.”

Assistant Administrator Fields said, “I have confirmed with Hensel Phelps (the Contractor hired to build the Justice Center) that their plans already include the installation of a vapor barrier underneath the Justice Center slab.  We are also consulting with an Industrial Hygienist to develop, if necessary, a vapor testing plan for the interior and exterior of the Justice Center.”

Chairman Brown said, “I appreciate the publics’ concerns and I believe that we have addressed them by going above and beyond what is necessary in testing and mitigation efforts to ensure the safety of County staff, those detained as well as the general public that will be on site.”