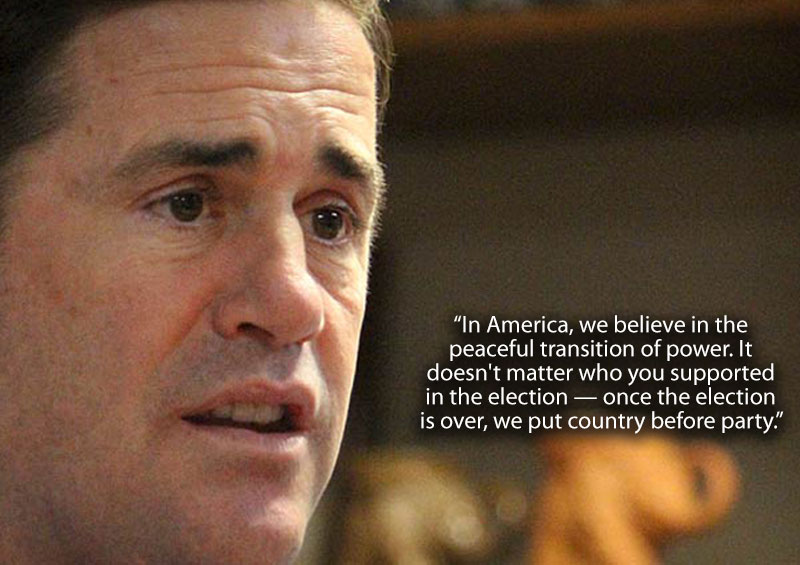 “In America, we believe in the peaceful transition of power. It doesn't matter who you supported in the election — once the election is over, we put country before party. Never has it been more important than right now to observe these traditions for the whole world to see," said Governor Ducey. “I was honored to represent Arizona at the inauguration of President Trump in 2017, and I am honored to represent our state at the 59th Inaugural Ceremonies next week. President-elect Biden is assuming office at a critical time in our nation’s history, and I wish him well. I will not agree with him on everything and I certainly will not hesitate to share my views on the public policy issues that matter to Arizonans, but I believe President-elect Biden is a good man and wants to serve his country. I look forward to working with his administration and advocating for the people of Arizona.”