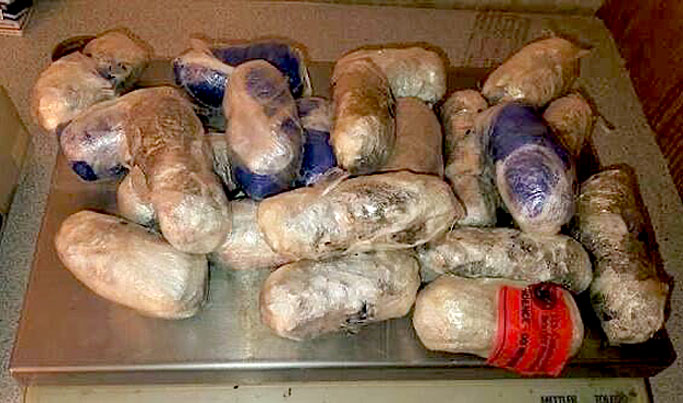 Sunday evening, a Border Patrol agent referred a Dodge Ram pickup for secondary inspection. A canine sniff of the vehicle’s exterior rendered a positive alert. A search of the vehicle revealed a box on the front seat floorboard containing 20 packages of heroin and a package of fentanyl. The estimated street value of the narcotics was over $57,000 for the heroin and $4,000 for the fentanyl.

The driver, a 38-year-old male, and the passenger, a 36-year-old male, were arrested on drug smuggling charges, while the narcotics and vehicle were seized.

Immigration checkpoints safeguard the physical security of the American people.  Checkpoints provide an additional means of interdiction.  Not only do they assist in apprehending illegal aliens that evaded detection at the border, but they also help curb illegal activity and reduce the amount of dangerous narcotics that reach our communities.