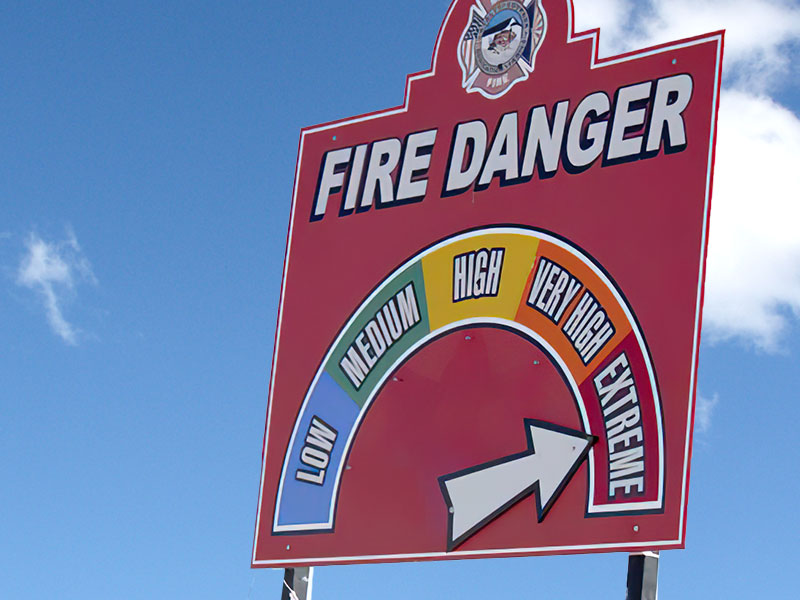 PRESCOTT, AZ, October 29, 2020 - Due to insufficient rain and continued dry fuel conditions, the Prescott NF along with local partners and neighboring forests are extending State 1 Fire Restrictions.  Forest fuel moistures across Arizona are currently at record lows, and windy conditions continue to further dry out fuels.  Restrictions will remain in effect until forest officials determine that conditions have changed sufficiently to reduce the risk of human-caused wildfire. 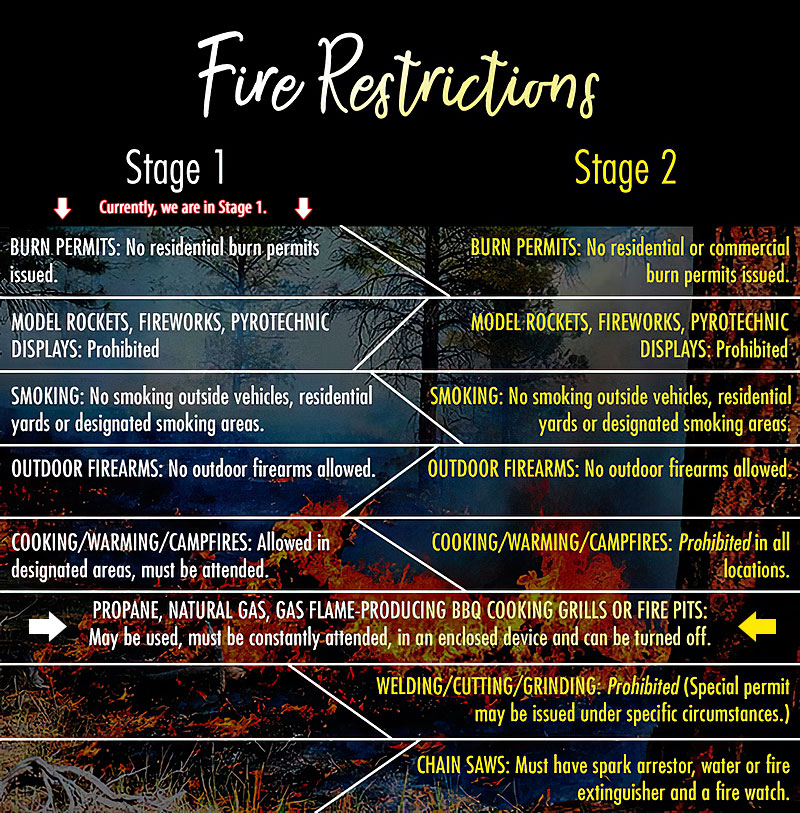 1.Igniting, building, maintaining, or using a fire, including charcoal and briquettes outside a fire structure that is provided by the Forest Service within a designated area. 36 C.F.R. § 261.52(a).

2.Smoking, except within an enclosed vehicle or building, a developed recreation site, or while stopped in an area at least three (3) feet in diameter that is barren or cleared of any flammable material. 36 C.F.R. § 261.52(d).

3.Discharging a firearm, except while engaged in a lawful hunt pursuant to state, federal, or tribal laws and regulations. 36 C.F.R. § 261.58(m).

Exemptions to the restrictions include the following:  Pursuant to 36 C.F.R. §261.50(e), the following persons are exempt from the provisions in this Order:

1.Holders of Forest Service Special Use Authorizations are exempt from Prohibition #1 above, provided such fires are within a fire structure and they are within their permitted area.

3.Persons using a stove fire in a designated area.

4.Any Federal, State, or local officer, or member of an organized rescue or firefighting force in the performance of official duty.

Fires are allowed in metal fire rings and/or metal pedestal grills provided by the Forest Service in the followingdeveloped recreation sites only:

The public can obtain fire information via the following:

USDA is an equal opportunity provider, employer and lender.