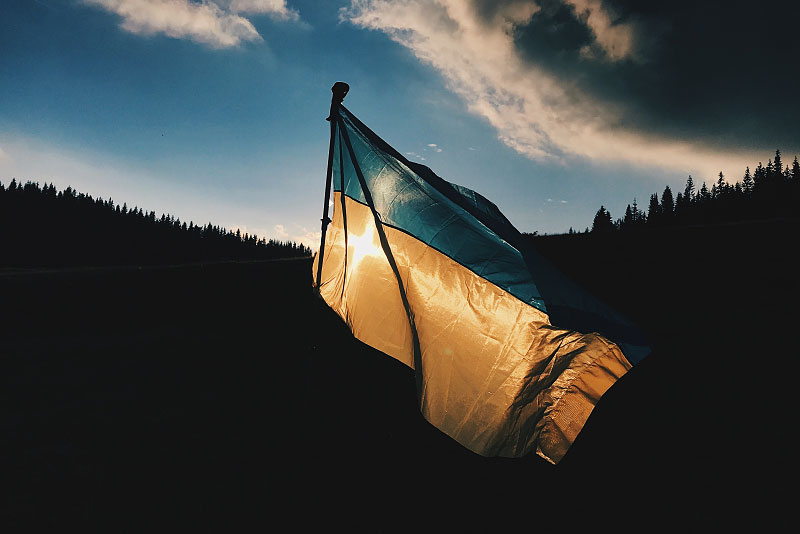 Photo by Max Kukurudziak on Unsplash

This unprovoked attack by Russia threatens the Ukrainian sovereignty

STATE CAPITOL, PHOENIX – The Arizona House of Representatives today honored the country of Ukraine as it fights to defend its sovereignty against a brutal invasion by Russian forces. An official legislative proclamation, sponsored by House Republican Majority Leader Ben Toma and Democratic State Representative Amish Shah, was read aloud on the House floor expressing solidarity with the Ukrainian people and condemning Russian President Vladimir Putin’s acts of war against the free and democratic country.

Whereas, Ukraine became an independent country in 1991, that it adopted a constitution in 1996, and is a unitary republic led by a President elected by popular vote; and

Whereas, Ukraine is Europe’s second largest country by area, and eighth by population, characterized by rich and distinct cultural traditions, close-knit spiritual and ethnic communities, and the exceptional resilience of its people throughout its long history; and

Whereas, Russian President Vladimir Putin launched an unprovoked invasion of Ukraine, violating its sovereignty and shattering peace in Europe; and

Whereas, in 2014, Russia illegally invaded and occupied parts of Ukraine, most notably seizing the region of Crimea; and

Whereas, Vladimir Putin’s wanton aggression towards Ukraine threatens both European and international peace and security; and

Whereas, these unprovoked and illegal acts of war violate the principle of sovereignty and national self-determination, undermining the security of all nations; and

Whereas, these acts of war against the country of Ukraine are greatest felt by its people, who we must stand with, and are praying for, as their personal safety and way of life are under assault by an authoritarian regime; and

Whereas, we must unite as a state, nation, and global community to condemn these actions of war from Vladimir Putin and Russia, and, in doing so, send a strong message that we will not allow aggressions against democracy anywhere.

Therefore, we, Representatives Ben Toma and Amish Shah, invite the members of the Arizona House of Representatives, and the People of Arizona, to join us in standing in solidarity with the Ukrainian people and encourage all of Arizona’s leaders to join in the condemnation of Vladimir Putin’s acts of war and Russia’s invasion of a free and democratic Ukraine. 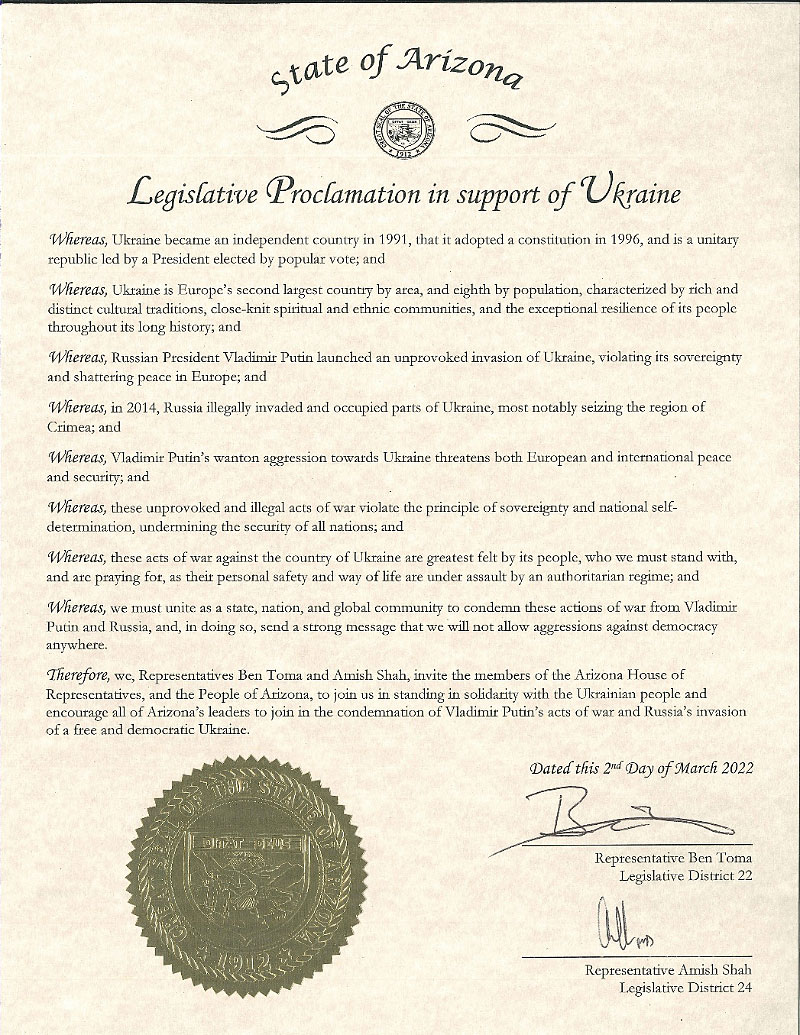 Ben Toma is the Republican Majority Leader for the Arizona House of Representatives and serves Legislative District 22, which includes Surprise, Sun City West, Peoria, and Glendale. Follow him on Twitter at @RepBenToma.

Dr. Amish Shah is a Democratic member of the Arizona House of Representatives serving Legislative District 24 in Central Phoenix. Follow him on Twitter at @DrAmishShah. 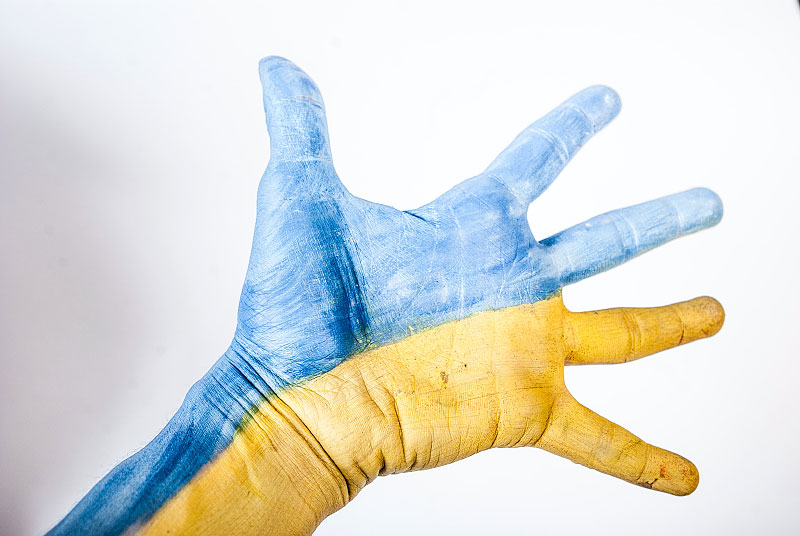 Photo by Elena-Mozhvilo, from Unsplash