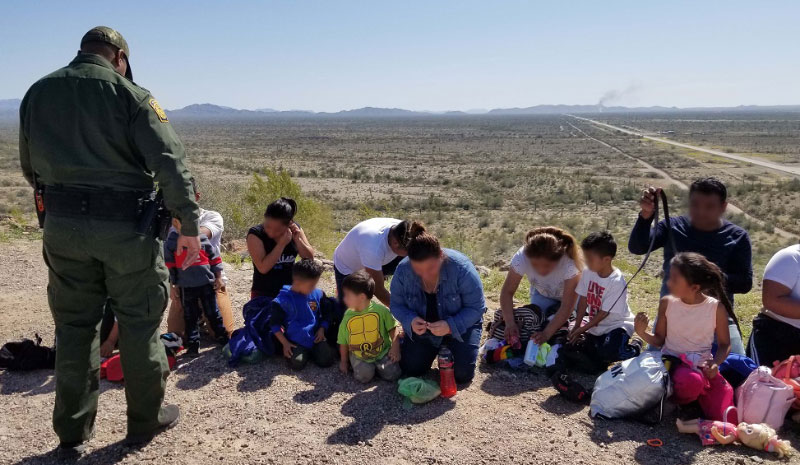 We can work together to fix this crisis.

The crisis at the border is only beginning to show its impacts.  The cartels are utilizing the release policy of U.S. Immigration and Customs Enforcement (ICE) to force innocent victims into horrific conditions.  If the United States saw human smuggling of this magnitude anywhere else in the world, we would be outraged enough to stop it, yet we are encouraging it on our border.  We believe this is a miscalculation in immigration policy that now is taking a tremendous human toll.

By law, the federal government is primarily responsible for addressing this crisis.  To begin, the Biden Administration should send a clear message that migrants must enter through ports of entry and follow the law when they do.  ICE Enforcement and Removal operations, along with the Office of Refugee Resettlement, must have the increased assets they need, including additional judges, to effectively perform their functions.  More broadly, federal policy must address both the upstream backlog of migrants and the resulting overflow of individuals who have already been released into Arizona.  To that end, the federal government needs to bear the costs currently being borne by state and local actors, including reimbursement of local hospitalization costs.  And, of course, any policy response must account for the challenges posed by COVID-19, which has altered our ability to secure help from non-governmental organizations (NGOs) and their volunteers.  Proper COVID-19 protocols must extend to these migrants in order for our local NGOs and volunteers to safely participate in relief efforts.  Unknowingly releasing infected persons into the community would only increase infection rates and tax already overwhelmed hospitals and city services.

State leaders also have a role to play in solving the border crisis.  In Arizona, approximately 13 miles of border wall have not been completed.  This allows for the cartels to outmaneuver the U.S. Customs and Border Patrol by concentrating large groups of migrants in one location and then strategically transporting drugs through a different one.  We ask that you work together with us and our colleagues in the Legislature to close these gaps, including by finishing the wall or securing the existing wall with the National Guard.  Doing so would help channel migrants to the ports of entry to seek asylum lawfully, while interrupting the flow of the cartels’ drug-trafficking operations.

For humanitarian reasons, we need to remove the cartels’ stronghold over migrants.  We also need to have a plan in place to facilitate the safe movement of migrants away from the border communities.  The status quo is not the type of immigration policy any political party wants.  It only encourages the cartels to continue smuggling—and victimizing—vulnerable migrants.  This must stop.

We can work together to help fix this crisis.  Thank you for your consideration.  We look forward to a collaborative resolution.