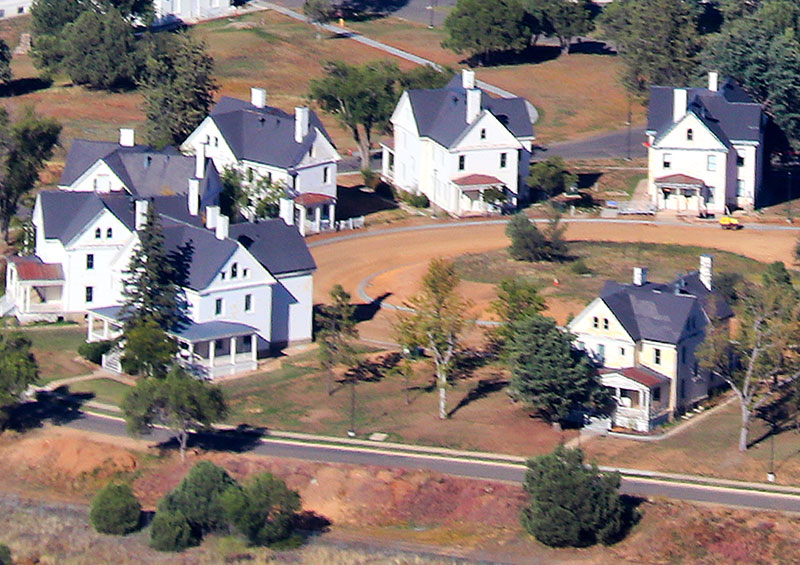 It was quite a shindig to benefit the US Vets

At 10:30 AM on the grassy grounds of Granite Creek Park, The Yavapai County Republican Party and Republican Women of Prescott joined forces to support U.S. Vets in their work at helping homeless Veteran’s throughout the community.

US Vets has served the Prescott community since 2003 and, according to their website, “…is the largest veterans housing and supportive provider - in Northern Arizona and nationally.”

Located on their new Liberty Pointe campus at 1040 Whipple Road Extension, the organization has plans in the making to expand their reach to fully rehabilitating the six former military doctors’ quarters on the campus of the Bob Stump - Northern Arizona Veteran’s Administration Health Care Facility on the old Fort Whipple site. U.S.Vets provides a full scope of assistance to veteran’s in the Prescott area, again, from their website: “U.S. Vets provides housing, counseling, career services and comprehensive support to 5,500 veterans and their families each night... with the goal of ending veteran homelessness.”

Also at the event were other Veterans Service Organizations (VSOs). The Veteran’s of Foreign Wars Post 10227, The American Legion of Prescott and The Disabled Veteran’s of America Local Chapter 16 were in supportive attendance. Animal Rescue and Sanctuary (AARF) brought three fine dogs ready for adoption to any needy veteran. 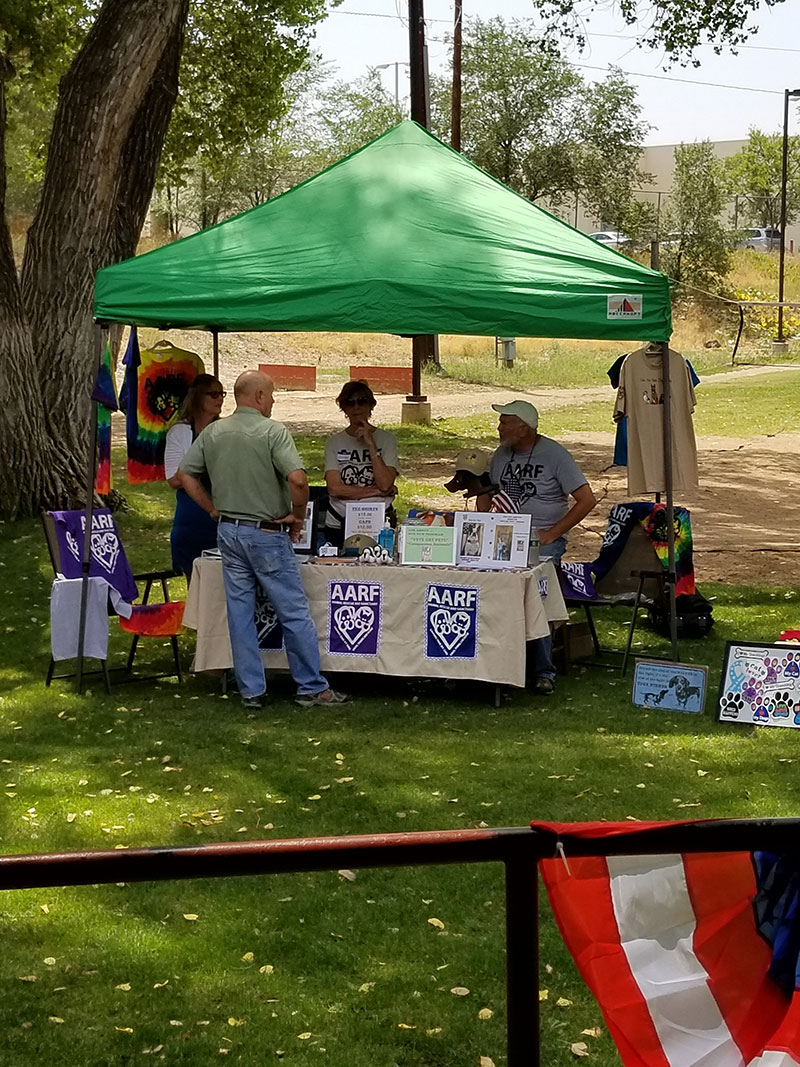 State Senate President Karen Fann spoke to the audience of some 150 to 200 attendees on the current affairs at the Capitol. Former Mayor Harry Oberg, himself a retired “Full Bird” Colonel, emceed the event while Embry Riddle Aeronautical University’s ROTC provided the color guard along with rifle and sword detail displays. In the crowd you could find County Supervisors Craig Brown and Mary Mallory, County Attorney Sheila Polk and LD1Republican State Legislature Candidate Quang Nguyen, himself a successful story of a Vietnamese American... Quang would prefer just “American”. 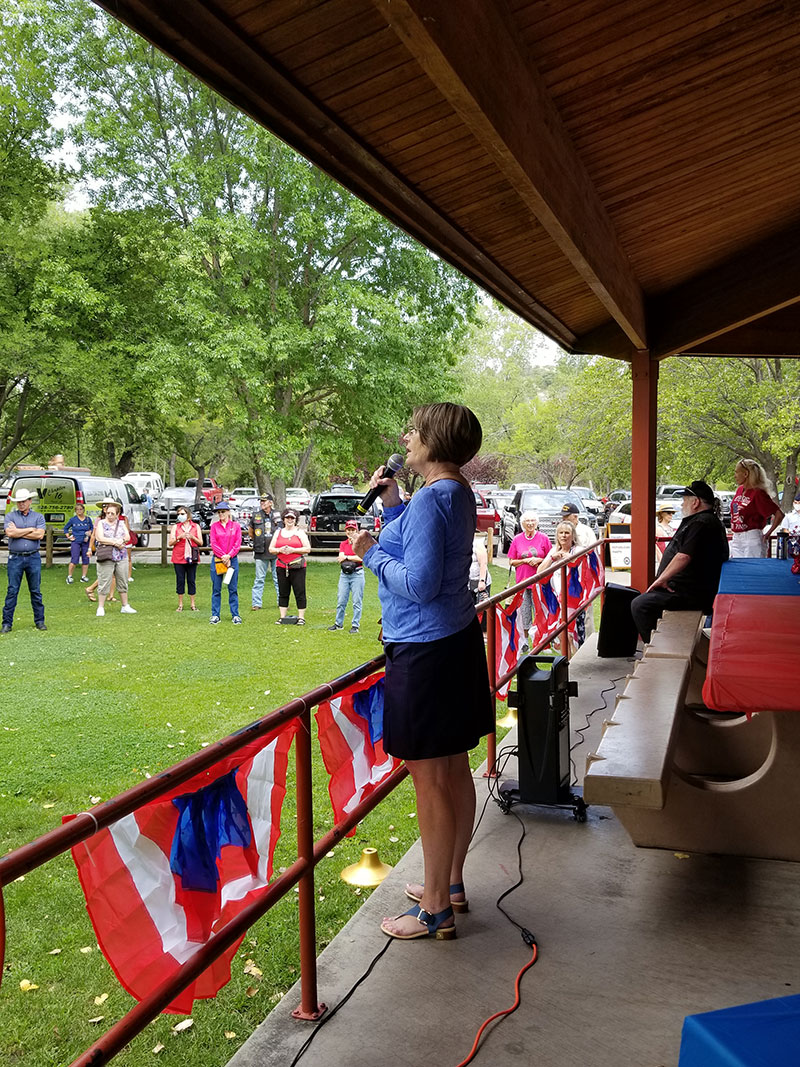 Senate President Karen Fann offered those in attendance an update

One other very noticeable addition to the festivities was the large 23 foot long “chuck wagon” belonging to The Hungry Badger. 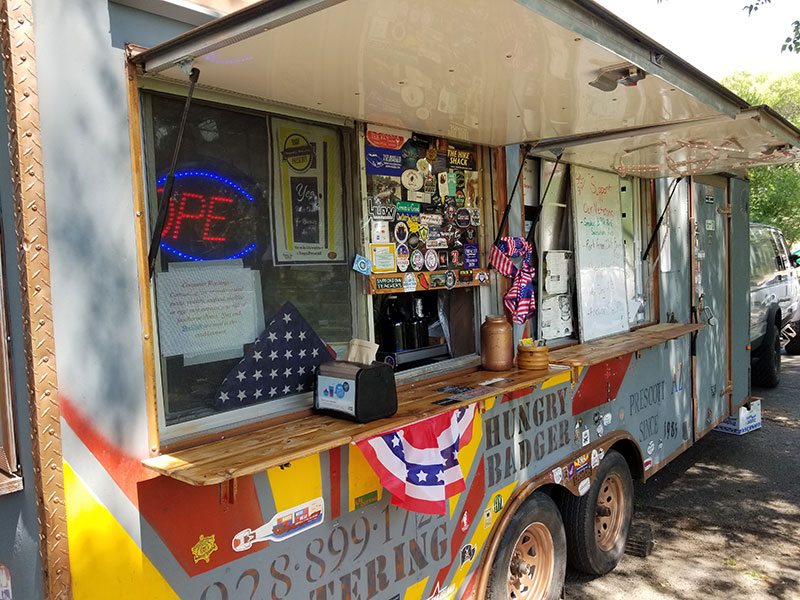 Owner Ryan Foster has strong emotions about supporting our veterans and first responders. After feeding the entire crowd, at no cost to veterans, he also took care of our local Blues who had provided security for the event. Even a portion of the $10 donation paid to his eatery by non-veterans was donated to the U.S.Vets cause. It was estimated that about $2000 was raised at the event. 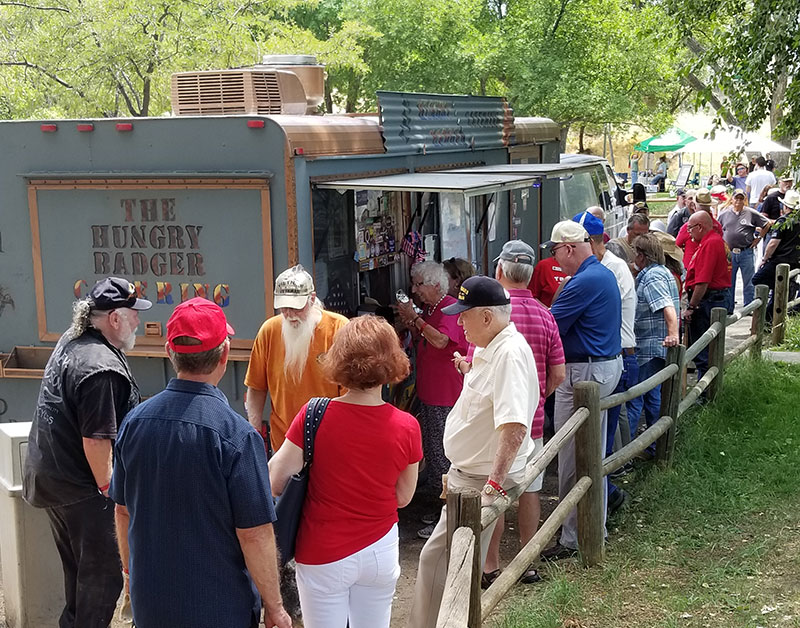 The key individual in all of this was Yavapai County GOP Finance chair Hal Bray. Bray went throughout the area inviting many VSOs to lend their support. He stated that 100% of the proceeds taken in by the GOP went to the U.S.Vets organization

You can learn more about the U.S.Vets organization at www.usvetsinc.org