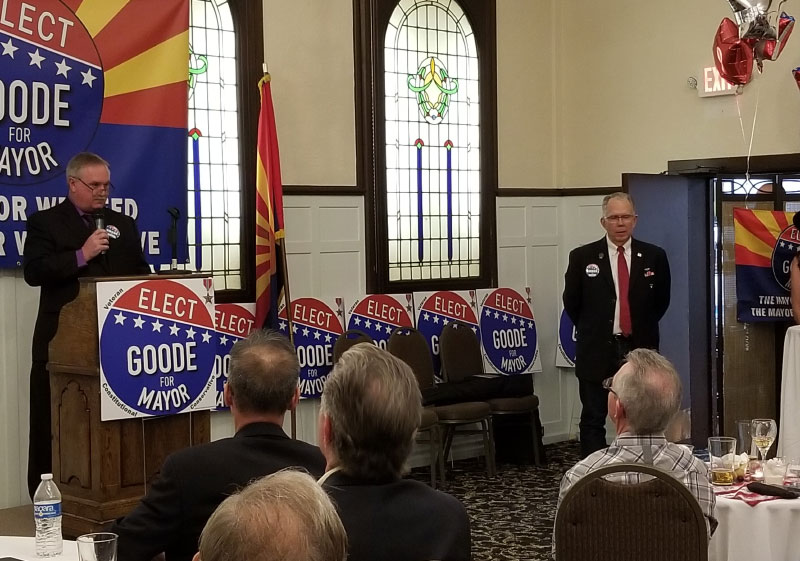 Phil Goode chooses to run for Mayor instead of re-election as Councilman.

Thursday, April 29th, The Hassayampa Hotel in downtown Prescott, AZ played host to a meet and greet for current City Councilman Phil Goode’s bid for Mayor of Prescott. Having fought during the Vietnam War and subsequently serving for 30 years in Healthcare Management, Goode is accustomed to the rigors of exposure to conflict and the give and take that makes for leadership that serves rather than dictates.

Some of his supporters are current and former public servants themselves. In attendance were current and former AZ House Representatives Quang and Mai Nguyen, Noel Campbell and David Stringer. Current County Supervisor Dist. 1, Harry and Jeanna Oberg, former City Councilman and current candidate Jim Lamerson, the current and past Chairwomen for the Yavapai GOP and many GOP stalwarts. 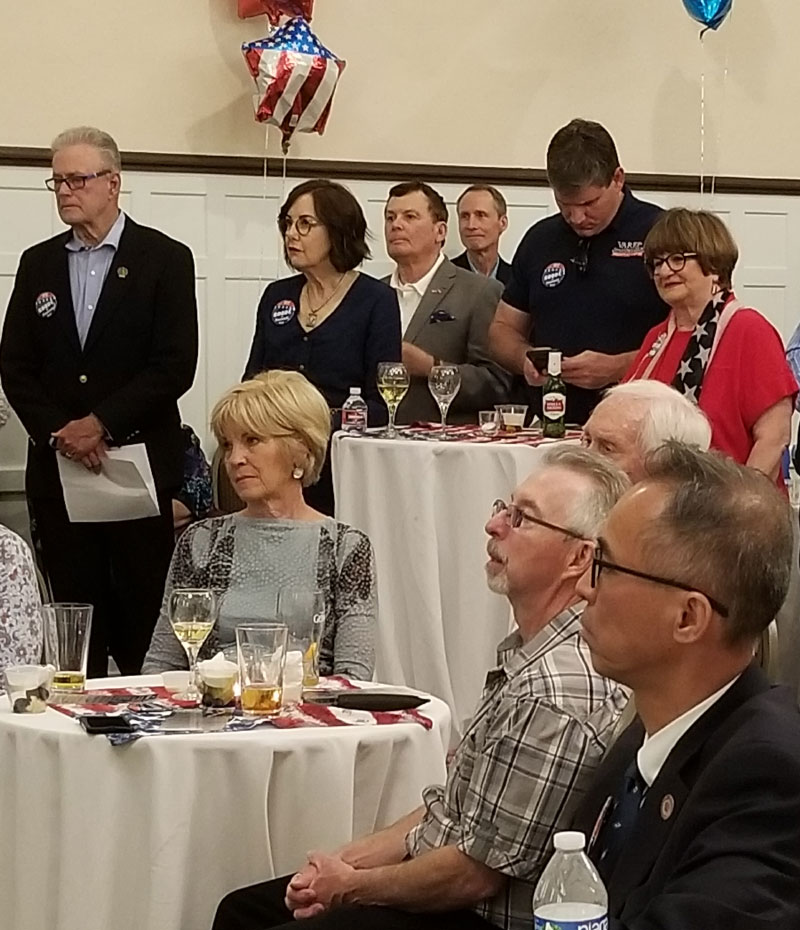 Emceed by former City Councilman Chris and May Kuknyo with over 150 supporters, Councilman Goode found much common ground on the issues that he freely shared in a short interview with Copperstate News (CSN).

CSN: Why mayor and not councilman again?

Goode: “Contemplating another four years being a minority for fiscal sanity and good public policy was not an attractive idea. There have been a number of policy changes that are causing a huge detrimental impact to our quality of life.”

CSN: What policy changes are you most concerned about?

In response to how these policies have changed since Goode has been on Council, he explained that growth and water go hand in hand. We are now, “...delivering water out of our water portfolio outside city limits. If you look at the number of permits that the county has allowed for building, it’s up over 190%!” This being, “...a reflection of how much water is being allocated for development. Previous water policy was very deliberate. Allocations were such that we were able to keep the growth at an absorbable pace. We have to do a much more diligent job of managing our portfolio and making sure that it doesn’t accelerate rapidly. The Colorado River will either be shut off or restricted causing future battles while the SRP will ramp up concerns for the Verde River impact.” 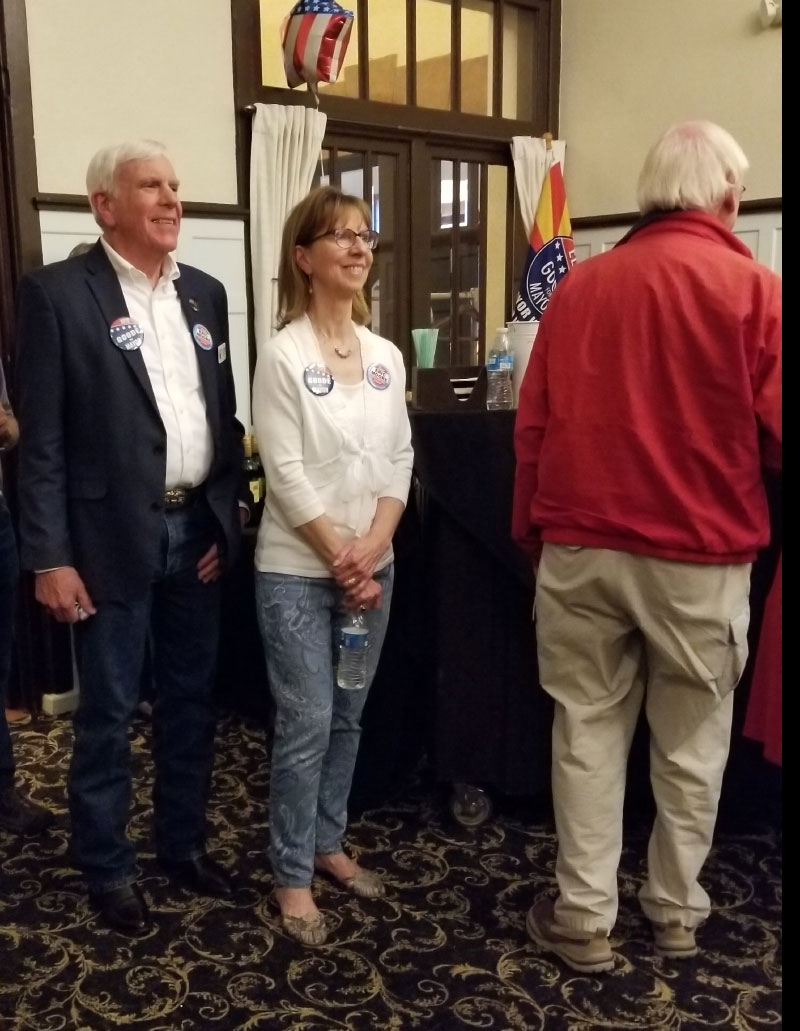 CSN: And your third greatest concern?

Goode: “Public input and the transparency of the City Council.”

“Sovereignty comes from 'We the People.' There have been too many executive sessions the last two years compared to the previous five years. This generates suspicion in the community at large. Appointing a new councilperson to a 33 month term, where no public input was given, is an example of disrespect and disdain for the public at large.”

When asked if the Pandemic may have influenced public input Goode simply compared Prescott Valley’s Towne Council meetings apparently not having such fall off in public input.

“Thirty years in Healthcare Management have taught Goode that, “Many of the most valuable ideas came from the most unlikely sources, so we have to let the public weigh in because sometimes their solutions are way better than ours!”

Goode claims to have handed in the most signatures of any candidate. “I’ve discovered a significant undercurrent of dissatisfaction with how the city is being run.” 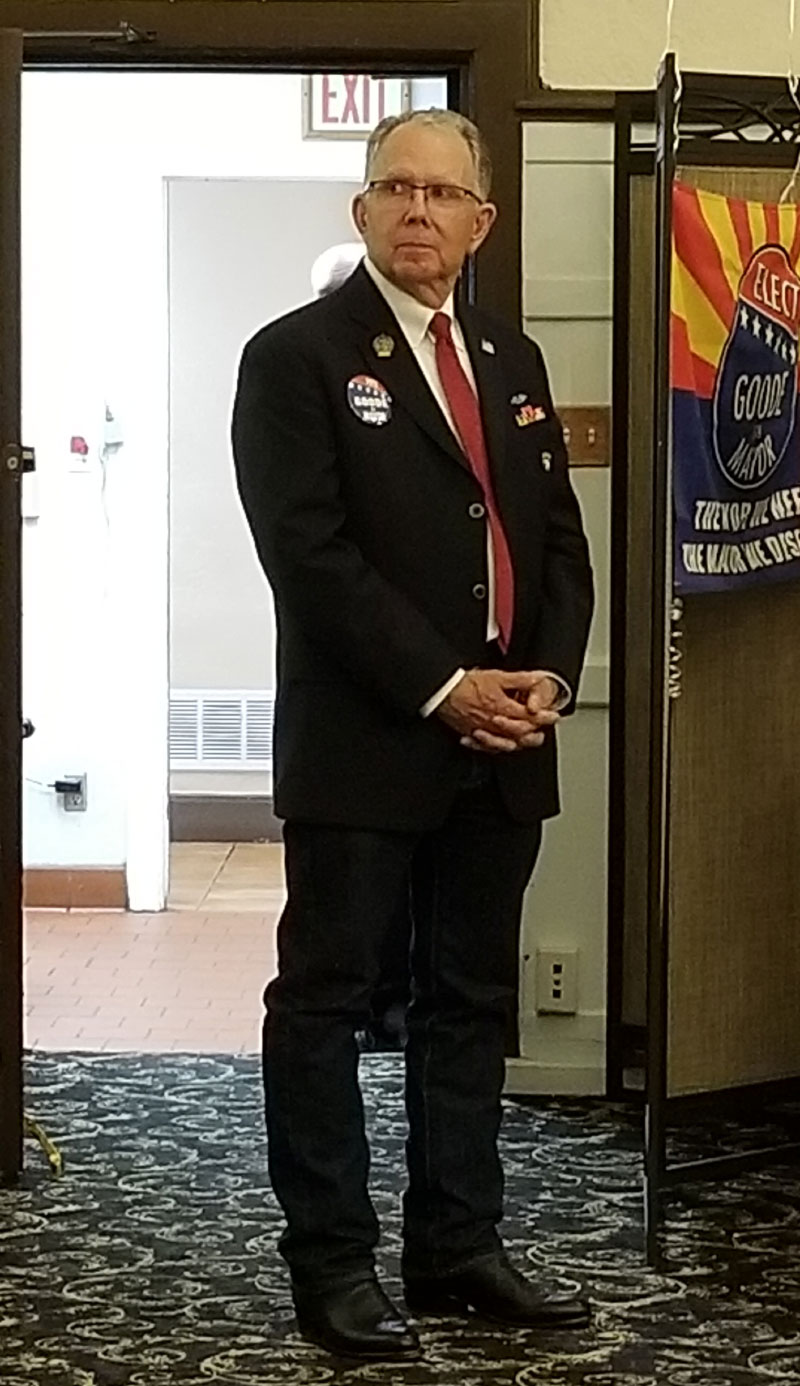