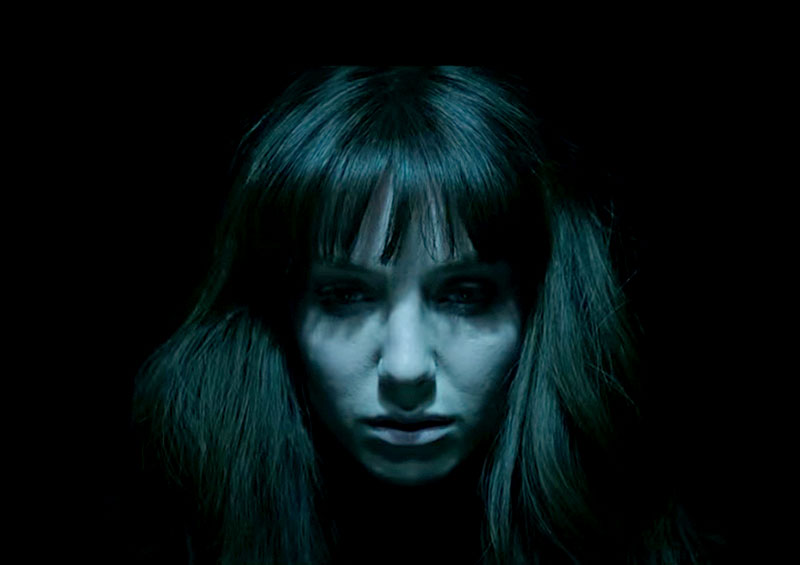 Scary, creepy movies are not my cup of tea but people like to be scared or grossed out, so here we go. In the story, a woman has terrible daymares, waking visions, of killings----but the daymares are actually true!! Good grief!

But this time out we have no supernatural explanation. I won't give it away but it is supremely icky. We get a lot of 'what's going on' in this film. We don't know who some of the players are or why they are getting killed, never mind who is killing them. It is sort of a mystery in that way. But by the end, the writers and the director tie everything together for us to a reasonable conclusion.

The acting and production values are professional grade.

The most famous cast member is McKenna Grace, a fifteen-year-old actress that we heard earlier this year as a voice in “Spirit Untamed,” the animated film about girls and horses. She also played the young “Captain Marvel” in the movie of the same name. Grace is a talented trooper and works enough for any actress, much less such a young one. Here, as in “Captain Marvel,” she plays the main character as a child in a flashback.

She is joined by German/Romanian actress Ingrid Bisu. We recently saw her in the character of Sister Oana in “The Nun.” We consider that movie a spectacular success with a worldwide gross of $365 million off of a budget of $22 million. Still, Bisu is not exactly a household name, but perhaps she should be. She has a small, comic role here with a character that I think she wrote for herself.

Australian director James Wan has found a profitable niche in horror films but has such deep talent to draw upon that he can and has also direct huge blockbusters. Wan directed “Aquaman” and “Furious 7,” both of which grossed over a billion dollars at the box office. There are not many directors, Australian or not, who can make that claim.

But he made his mark, financially, with horror films. He is the founder of Atomic Monster Productions. The AMP produced “Conjuring” series has brought in over $2 Billion, more than ten times the cost of making the film series.

James Wan and his wife, Ingrid Bisu, wrote the story for the film. And no, Bisu did not get the job either as an actress or writer due to her relationship with the director. She is a very accomplished actress in her own right and once had wildly popular TV news and comment show, two hours a day, in her native Romania. For now, she seems to be focused on making fright films to delight her audiences but has done very high-brow stuff in the past.

“Malignant” runs for a long for a horror film one hour and fifty-one minutes. It carries a strong R rating for language and some gruesome stuff. I appreciate the skill with which this average horror flick was made but it still gets only a three sawblade rating. (Wan directed “Saw” and produced five more in the series, so perhaps the sawblade rating works for him.)