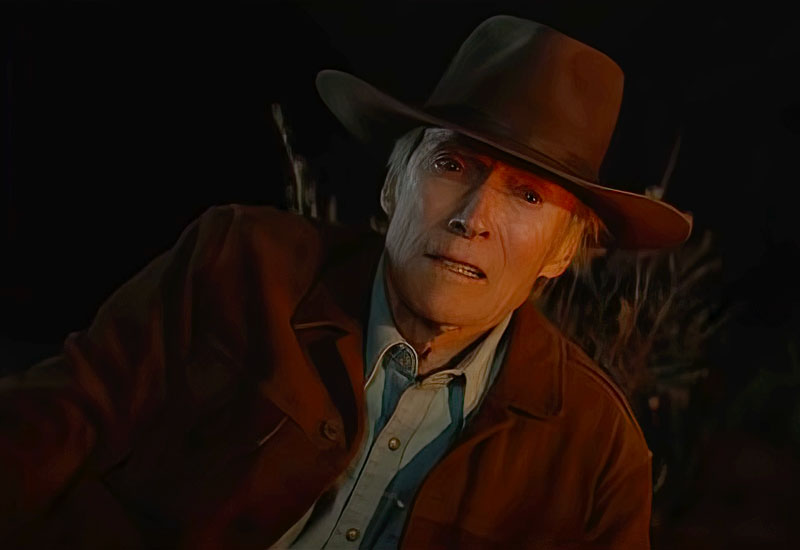 Cry Macho, with Clint Eastwood, may be his last film ever

The old man shares what it means to be a man

Clint Eastwood directed his first movie fifty years ago, “Play Misty for Me,” a disturbing film of obsession and insanity. The ninety-one-year-old Eastwood has learned a thing or two about directing since that auspicious debut. He directs “Cry Macho” from a script by N. Richard Nash who wrote the foundation novel. Nash has help in the writing with Nick Schenk. Schenk also wrote the scripts for the highly successful Eastwood projects “Grand Torino.” and “The Mule.”

Eastwood plays an old dude, a one-time rodeo star who hasn't been much of anything for a long time. His friend, played by country singing star Dwight Yoakam, begs, then shames, the old man to rescue his son from his alcoholic mother. She resides in Mexico, which complicates the rescue. Along the way, the old man teaches what he has learned in his long life about what it means to be a man. He sets the boy on a track to meaningful manhood.

Or perhaps not. The film ends with a great deal of ambiguity.

We get to watch the great Clint Eastwood in what may be his last performance, here at the twilight of his career and his life. Movie fans will not want to miss this film.

But we will not want to miss this film because it has intrinsic merit or because it moves our emotions or even because the plot holds water. The story meanders from implausibility to implausibility. The old man and the lost boy successfully steal cars in Mexico to aid their journey back to the USA. Eastwood runs into a widowed Mexican woman who doesn't speak English but seems to like him. They fall into a comfortable, nearly instantaneous relationship that is devoid of passion but full of mature good wishes and kind behavior. And the romance is entirely unbelievable.

A good bit of the film has Clint in a car driving, driving, driving through Mexico. It reminded me a lot of “The Mule,” which had the same sort of filler and the same writer. But too much of this story turns on unlikely happenstance for us to believe in it. It is sloooooooow too.

“Cry Macho” runs for one hour and forty-four minutes. It carries a mild PG-13 rating. This movie approaches filmmaking mediocrity but doesn't quite get there. The two sawblade film can be enjoyed by young and old alike but only if you do not expect very much. The theater was full of Eastwood's fans. They seemed content to just watch Clint one last time.

I wanted to be rocked back on my heels as happened with so many of his films over the last fifty years, but no, not this time.