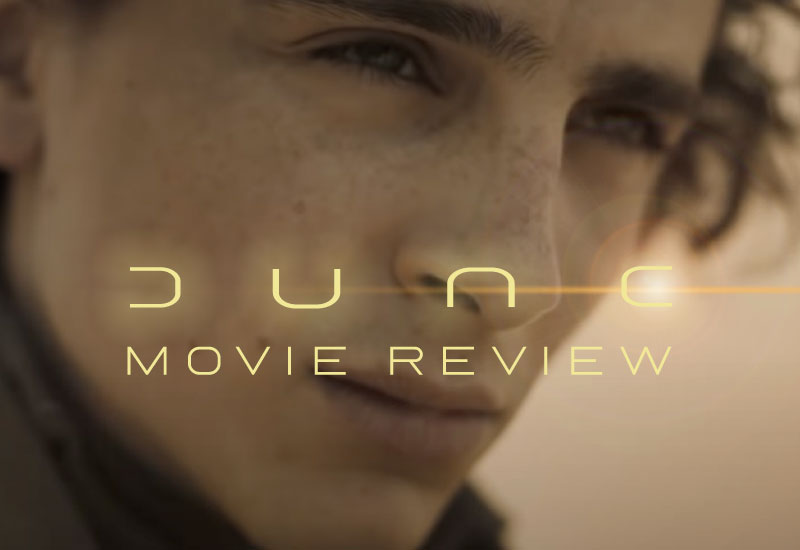 Dune is a monumental movie worthy of our attention.“Dune” is easily the most visually arresting film of the year. We have a vast desert landscape of tremendous grandeur and power, sand, sand, and more sand. Arakis, the desert planet, is the only place in the known galaxy where the spice comes from, the spice that the Spacers Guild navigators need to guide ships from star to star. Imagine all the oil in the world under the control of a much nastier version of Al Capone.Oh, the spice also grants longer life and better health while Fremen Reverend Mothers use it as a psychic enhancer for mystic religious reasons.

“Dune” has a lot to contend with, plot-wise. Director Denis Villeneuve (“Blade Runner 2049,” “Sicario”) has chosen to let his camera tell the story. We have very little dialog and most things are left unexplained. In the future people fight with swords and daggers because those who can afford electronic shields are safe from fast-moving danger like bullets. But a slow moving knife can slip right in. Or the ancient order of female mental and physical adepts called the Bene Gesserit. Lady Jessica is a member, assigned to be the concubine of Duke Letto and ordered to bear him a daughter. Out of love for her duke, she presents him instead with a son, Paul Atreides, the central character. This ruined generations of genetic and social manipulation by the sisterhood and may have created the Kusatz Haderach, a being powerful enough to bridge space and time.We also have the rival noble houses and the imperium to contend with.Thanks to the genius of writer/director Denis Villeneuve, it all comes together in a movie of grand scale, both intriguing and entertaining.

Rebbecca Ferguson (“Mission Impossible”) plays Lady Jessica, Oscan nominee Timothee Chalamet as Paul Atreides. By his name, Chalamet might be mistaken for a citizen of France but no, he comes from the Big Apple.Josh Brolen, Stellan Skarsgard, Dave Bautista, Charlette Rampling, Jason Momoa and Javier Bardem all have important roles. Zendaya plays Chani, the Fremen beauty who Paul has seen in precognitive visions.This new version of “Dune” cost $165 million to make. It may become a huge hit, or like its 1984 version, struggle to make money. In either case, it is a monumental movie worthy of our attention.

Dune runs for two hours and thirty-five minutes. It carries a mild PG-13 rating. I give it a strong five sandworm rating. It has giant sandworms so it gets extra credit.Steven McKinley Henderson plays Thufir Hawat. In another unexplained but important part of the fictional world created by Frank Herbert, computers have long been banned. Thufir Hawat is a mentat to House Atreides, a man with a knack for numbers.The score by Hans Zimmer includes a bagpipe number. You don't hear that every day.