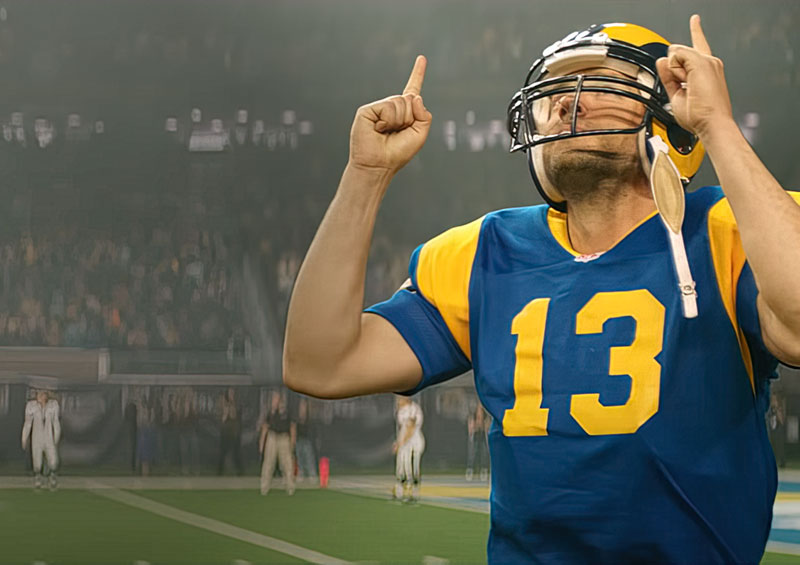 American Underdog is watchable and inspiring

A sports movie, like westerns, like romances, and like other genres, has a particular rhythm to it, a familiar and comforting storyline. But in the hands of a deft director, the familiar tropes can make a watchable film. Here, the film is not simply watchable but inspiring.

The director team for “American Underdog” is composed of Jon and Andrew Erwin, known in show biz as the Erwin brothers. They are best known for their low-budget faith films like “I Can Only Imagine” and “I Still Believe,” both successful if on a small scale and one a spectacular financial success. Here they doge between over-emotionalism and sports bombast to bring a really amazing story to the screen.

Zachary Levy (“Shazam,” “Spiral” and some of the “Thor” films) actually looks a lot like the real Kurt Warner. He portrays Warner as steady, steadfast, faithful, and determined rather than as a heroic figure. Warner was never drafted by a pro football team, he spent four years in arena football or in Europe with the Amsterdam Admirals before going to work for the Saint Louis Rams. He brought the Rams to a Superbowl win.

Also playing in smaller roles are Adam Baldwin, Dennis Quaid, and the familiar face if not the name of Bruce McGill.

“American Underdog” indeed. Warner at one point after his college days worked as a stocker for minimum wage, not a promising career for an aspiring professional athlete. Now in retirement, he has a reported net worth of thirty million dollars. He has achieved the American dream by his talent but more than that by his refusal to stay beaten. With every failed moment, he got back up and tried again. And again. And again. He simply would not give up.

“American Underdog” runs for one hour and fifty-two minutes with a PG rating. This three-sawblade inspiration is suitable for the entire family.

Warner played twelve seasons in the pros and took his teams to the Superbowl three times. After retirement, he coached high school football at Desert Mountain High School for four seasons. His First Things First Foundation aids children's hospitals, helps the developmentally disabled, and causes that help single mothers. He has accepted the award for 'Most Caring Athlete'. Sports Illustrated called him the 'Best Role Model.'

Cardinals fans will regret the film stopping with the Rams Superbowl win.

This is a very well-done movie. You will enjoy it.

Fun fact: Levy and Baldwin worked together on the TV show “Chuck.”