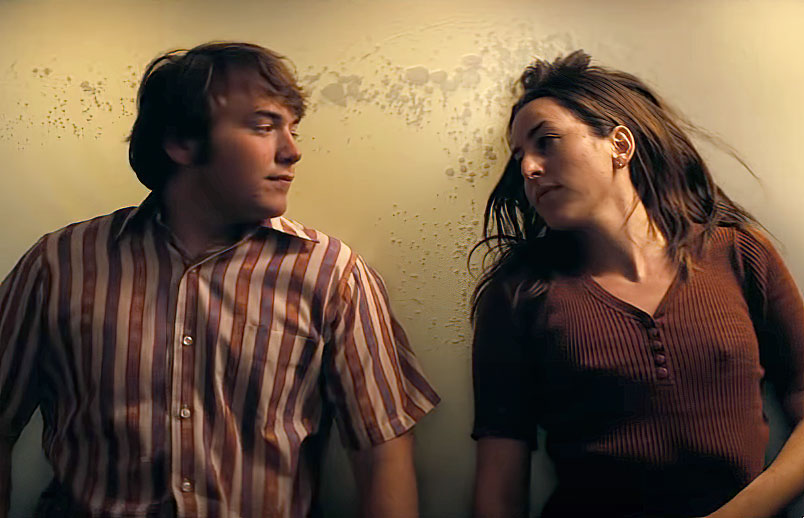 Any film by Paul Thomas Anderson must be taken very seriously by movie buffs. The outstanding writer/director has made such riveting films as “The Phantom Thread,” “Boogie Nights,” “There Will be Blood,” and “The Master.” His films have garnered some twenty-six Oscar nominations and three wins. He is a force to be reckoned with. “Licorice Pizza” has taken four Golden Globes nominations, often an indicator of future Academy Award success.

He both writes and directs “Licorice Pizza.” He also produced the movie.

Anderson has chosen a pair of first-time actors to play the central roles. Pop rocker Alana Haim, of the group of the same name, plays the female lead. Also in his first film role in the male lead is Cooper Hoffman. Hoffman plays a lad of fifteen and the story is a telling of that confusing time of life of growth, fear, and first love. Hoffman is the son of the late Philip Seymour Hoffman, the star of the Anderson film “The Master.” Both of the young people have already received lavish attention for their efforts here.

The director brought in heavyweights Sean Penn and Bradley Cooper along with singer/actor Tom Waits to provide balance to the young people. In a small role, he included Sasha Spielberg, yes, the famous director's daughter. You can watch for cameo roles for John C. Reilly, Maya Rudolph, and John Michael Higgins.

All this brings us a very fresh, weird look at very young love. The male romantic character is only fifteen at the beginning of the movie and only sixteen at the end. He is a child actor and determined hustler, constantly looking for and engaging in business opportunities. His love interest is perhaps a decade older. She doesn't want to date him because of the legal limits on love. But she can drive and he can't, so they keep it distant but they do keep it. The boy is very engaging. In one scene the two people in love have lost each other for the moment. They search at the run and you can actually feel their intense, mixed-up emotions.

Love, as we know, is strange and doesn't always run in a straight line. But I left the theater in a better frame of mind than when I went in.

The well-reviewed “Licorice Pizza” runs a long two hours and thirteen minutes. This immaculate five saw blade coming of age film will please film buffs. So far the film has not found its audience. Producer Anderson allowed about forty million dollars to make his film but it has returned less than half of that at the box office.