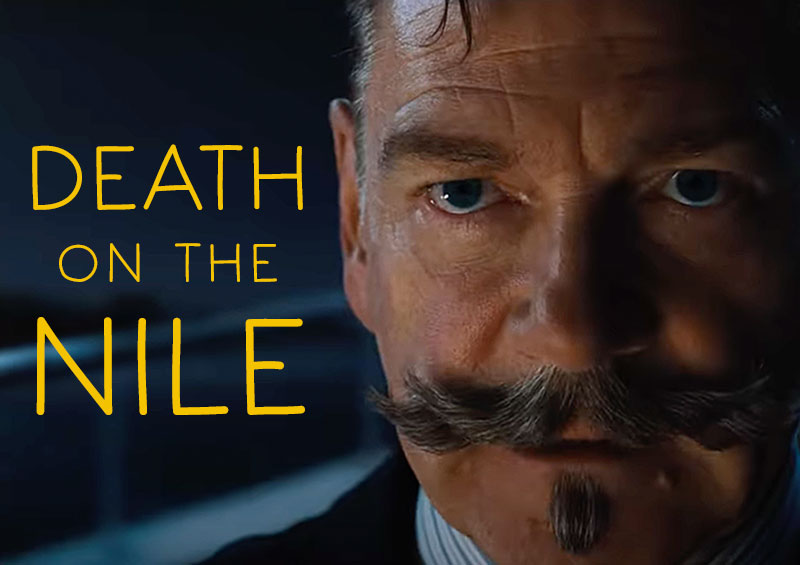 …from the pen of Agatha Christie

After the smashing success of Kenneth Branagh's “Murder on the Orient Express” fans rightly expect a rewarding movie experience with his “Death on the Nile.” Both of the famous stories originally came from the pen of Agatha Christie. This is the fourth version of the tangled tale of murder to make the screen, if we count the US TV version from 1950 and a UK TV story decades later. A film version came out in 1978 with Peter Ustinov as Poirot.

Producer/director Kenneth Branagh once again assembled an outstanding ensemble cast. He again cast himself as Poirot with Wonder Woman herself, Gal Gadot, and Annette Bening as his most famous co-stars. But he brought in Armie Hammer, Tom Bateman, Russell Brand, and Letitia Wright.

The lovely Rose Leslie of both “Downton Abbey” and “Game of Thrones” also lends a hand. Leslie uttered the now universally known phrase “You know nothing, Jon Snow.”

Having Kenneth Branagh as the hub of the film works very well for the viewers. He controls the space the whole time he is on screen. But his fellow actors all bring their best game. Of particular note is British actress Sophie Okonedo in a striking role as an American blues singer. She had the character with the best lines and I liked her a lot, even in a smaller role. Russell Brand, also in a smaller role, ejected all of his comedic tropes and performed as a straight dramatic player and well at that. Emma Mackey, an actress with a very short movie list, also a Brit, really pulled out the stops. I think we will see more of her in the future.

Armie Hammer also is totally believable as a Lothario, handsome but loathsome. He has one intense, smokey bit with Gal Gadot that shows he has not lost his Mojo. He seems to have successfully left charges of his alleged propensity for cannibalism behind him.

This expensive, lavish, very stylish period film cost the ambitious producers $90 million to make and it was worth every penny. The film runs for a good two hours and seven minutes. The PG-13 film rates well above average four saw-blades. I liked this one and I bet you a bag of popcorn that you will too.