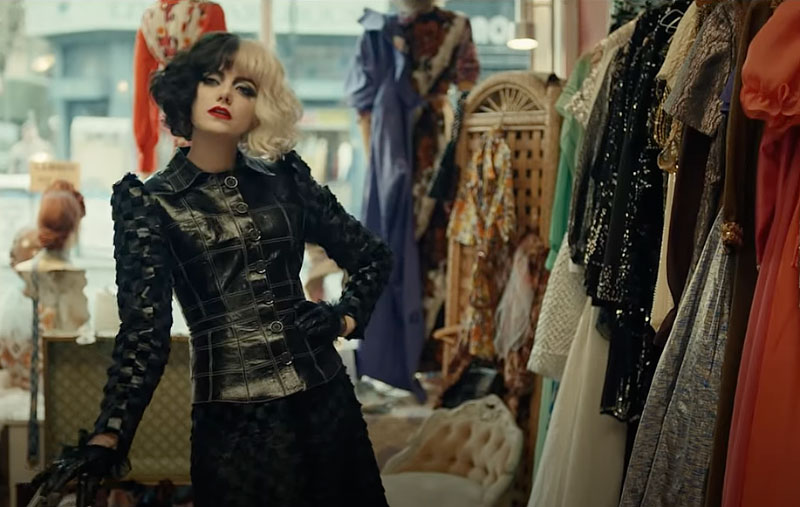 Now you can find out all about Cruella

Have you ever wondered about Cruella De Vil?

Many of us in the darkened theater seats have wondered since 1996 'How did that crazy Cruella De Vil get so nuts and what does she have against Dalmatians.' Now we get to find out with the exquisite Emma Stone in the role of the young “Cruella”.

And Emma Stone is perfect as the deranged fashion designer.

With two Oscar nominations and one win, Emma Stone ranks among the top-level actresses of our day. But she also has the star quality, the dazzle that we love so much. She has held the top female lead in the two most entertaining Zombie flicks of all time, “Zombieland” and “Zombieland: Double Tap”. She scandalized us in “Easy A,” spoke to our historical memory in “The Help,” broke our hearts in “La La Land,” and delighted us in her teen classic, the 2007 “Super Bad.”

Another Emma, two time Oscar winner Emma Thompson lends her skill. Thompson has one of the gilded gizmos for acting and another for writing the script to “Sense and Sensibility.” Who else can say that?

Director Craig Gillespie has done good work with “I, Tanya,” and “The Finest Hours.” He directs here Paul Walter Hauser who he sort of got started in “I, Tanya” and who later had the incredible staring role in “Richard Jewel.” Hollywood and Disney think enough of Gillespie to give him $200 million in this plague year to make a movie. High praise that. 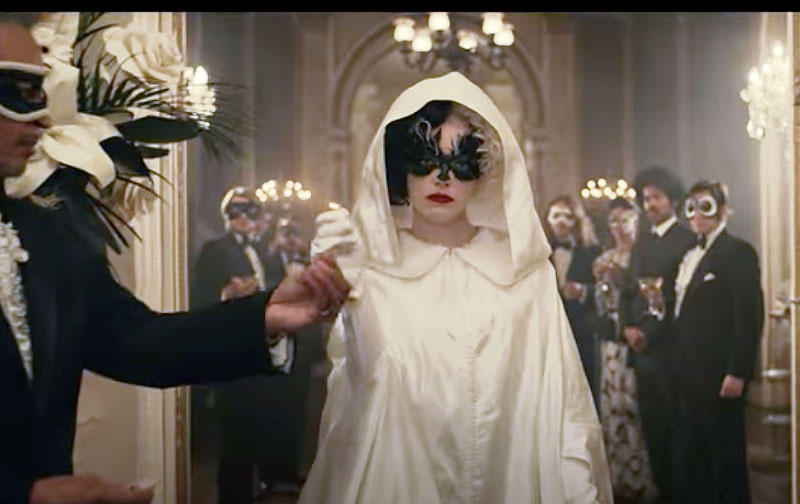 The praise and trust given Gillespie are entirely deserved. Let me count the ways. The two main characters are fashion designers, so enormous effort went into costuming. The gowns are lavish and beautiful. The soundtrack includes the Beatles, The J. Giles Band, Blondie, The Clash, two tunes by Ike and Tina Turner, and two more selections by The Rolling Stones. The story has Dalmatians as a continual plot device so having the soundtrack burst out with John McCray's “I Wanna Be Your Dog” seems entirely appropriate. When things turn dark and we hear the Stones epic “Sympathy for the Devil” come up, the timing and sentiment could not come at a better moment.

OK, I have a deep nostalgia for Suzi Quatro, The Zombies, and the other bands but the songs perfectly reflect, enhance or illuminate the action in a particular scene, which makes the selection brilliant.

I have to be reflective and judicious in my thoughts about Emma Stone's performance as well. I like her so much that I must be sure I am judging her efforts in this particular role rather than her skill in general. Nope, she is wonderful, shining, glorious, and also genuine fun to watch. As is her equally skilled co-star, Emma Thompson. Thompson here channels Meryl Streep in “The Devil Wears Prada.” But Thompson is even more vivid, energetic, and powerful. 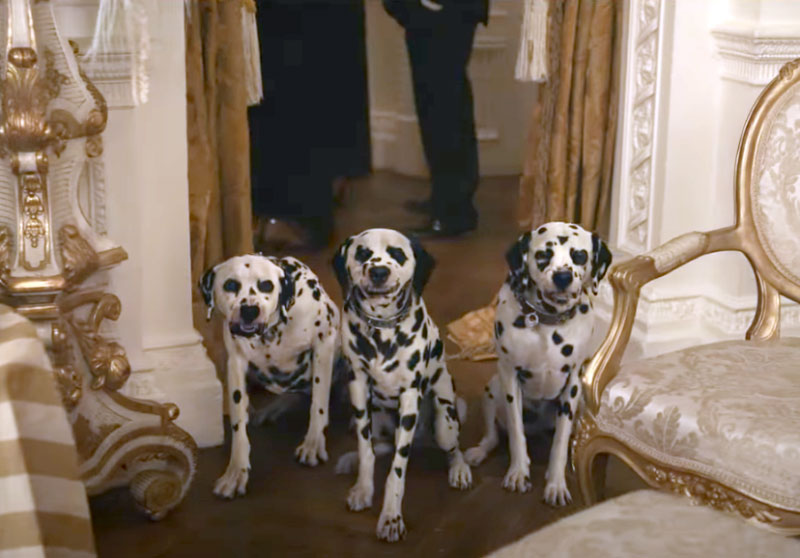 Hummmm, two famous films about fashion with 'Devil' in the title?

This is wonderful, inspired film making on every level. “Cruella” is not your father's Disney movie.

“Cruella” runs for two hours and fourteen minutes with a PG-13 rating. This wonderful five sawblade movie will make you happy but in a strange way..

Actor and very funny guy Joel Fry plays Jasper, the role filled by Hugh Laurie in 1996. Glen Close, who played the adult “Cruella” in the 1996 “101 Dalmations” has a credit as the Executive Producer.

Twitter
Rate this item
(0 votes)
Last modified on Monday, 31 May 2021 02:39
Published in Conversations
Tags
« How Trucking Protocols Help Keep Roads Safe Journal of Prevarication: A Supersonic Owl »
back to top