Rollover Accident Near the Dells Featured 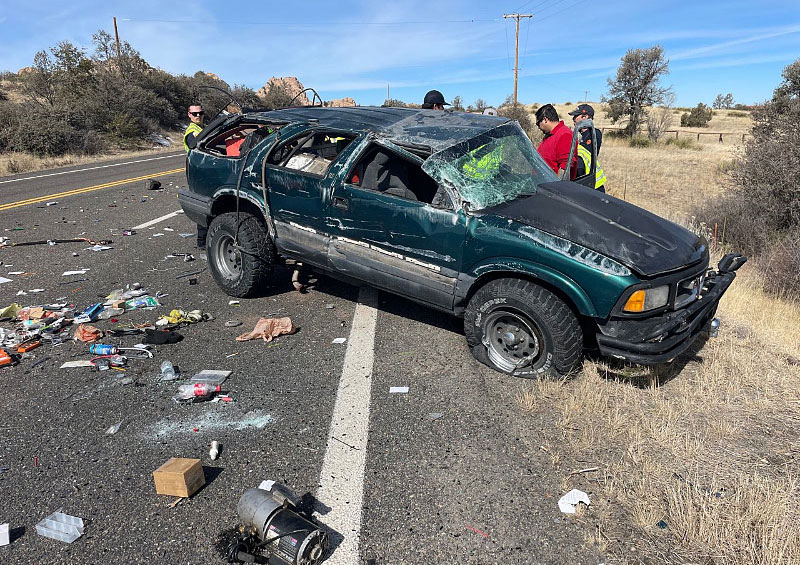 Seatbelts do, indeed, save lives!

On Sunday morning, February 27th, at about 10:45 AM Prescott Regional Communications Center started to receive multiple 911 calls about a car accident that occurred on highway 89 just north of the Dells in Prescott. When the initial Prescott Fire engine arrived on scene, they found a two vehicle accident one of which was a rollover.

The only injured person was a 52-year-old male who was driving a mid to late 90s four-door SUV. Witnesses stated that the vehicle rolled approximately three times. The patient was properly wearing his seatbelt and his only complaint was head pain secondary to the rollover. He was transported to Yavapai Regional Medical Center and Prescott for further evaluation.

Multiple fire crews were on scene for about an hour after the accident working to clean up debris that was on the roadway. After the Prescott Police Department investigation, the roadway was reopened to traffic.

It is critical that all safety restraints be used in a vehicle at all times. Airbags may deploy in a car accident but without the proper use of a shoulder and lap seatbelt, those airbags may be ineffective in a vehicle collision. Seatbelts do, indeed, save lives… Use them every time! 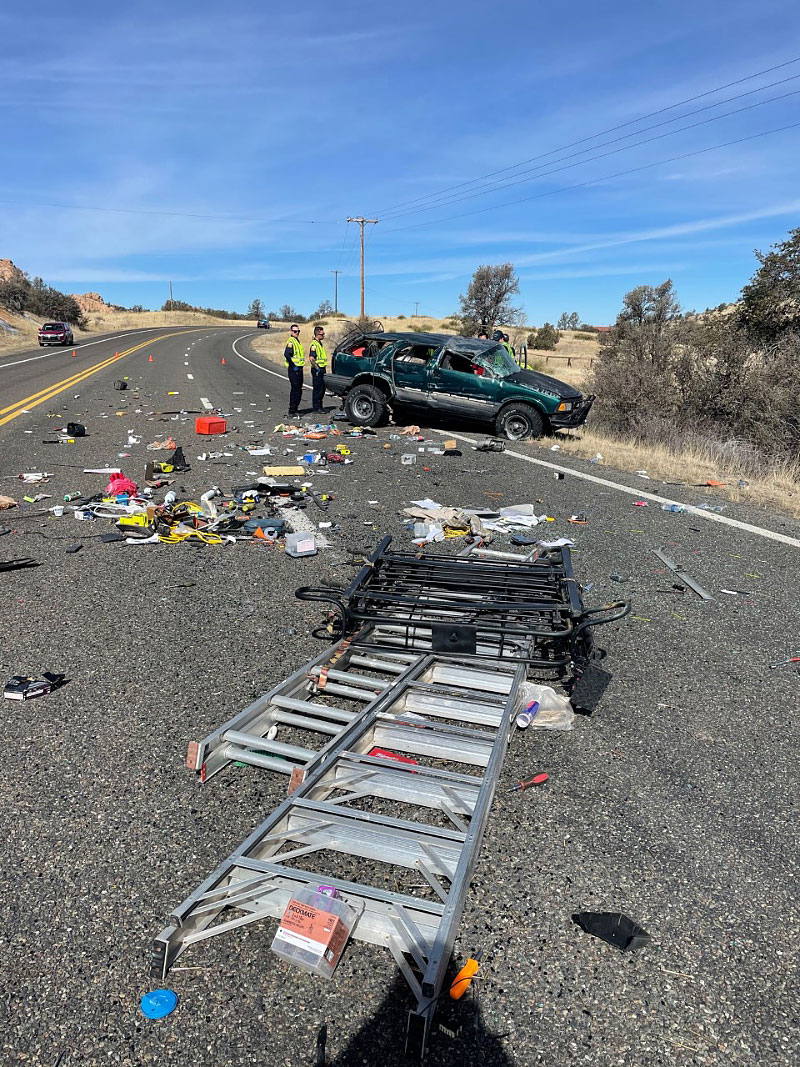