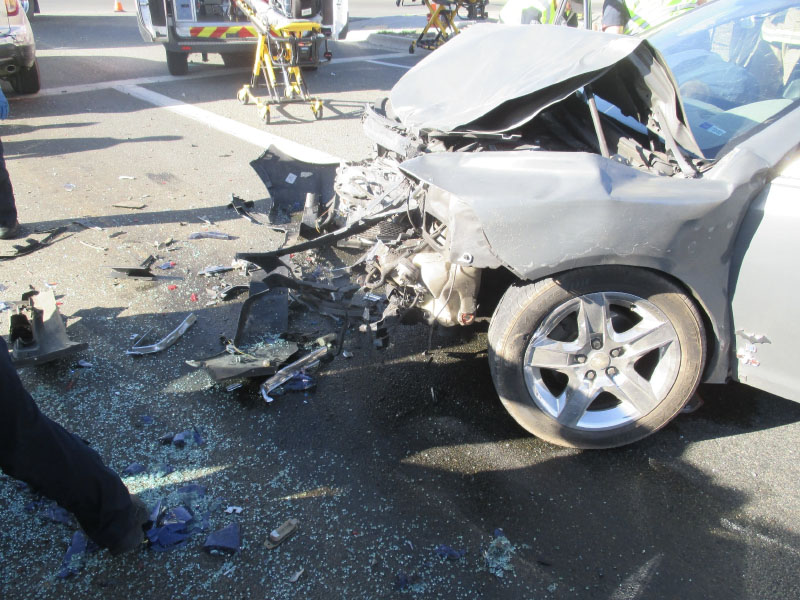 On May 6, 2021 at approximately 4:35 pm, a four-car collision occurred at the intersection of Arizona State Routes 69 and 169. Northbound traffic was blocked at State Route 169 for several hours.

The driver of a 2009 Chevrolet Impala traveling northbound on SR 69 approaching SR 169 failed to see a red traffic signal and rammed into the rear of a Toyota Camry. This forced the Camry into two other vehicles. The occupants of the 3rd and 4th vehicles were not injured. All four vehicles were towed from the scene. 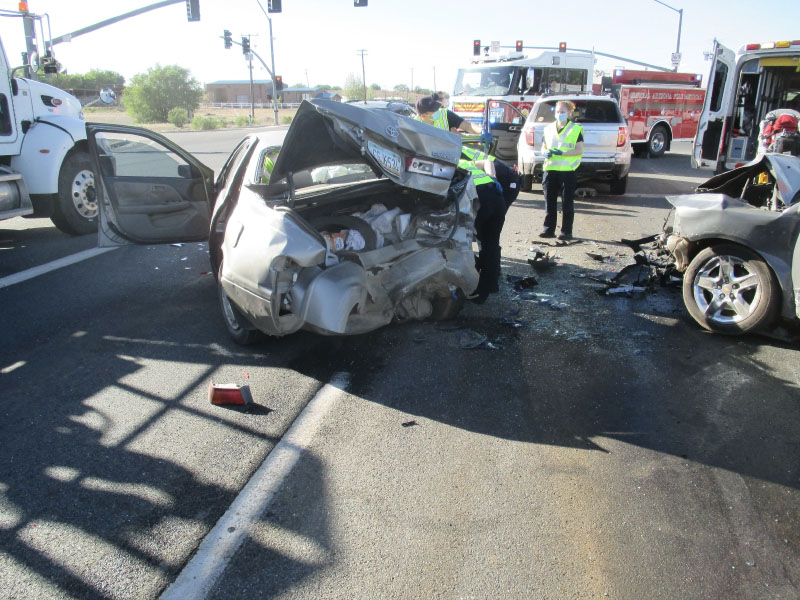 The front passengers of both the Impala and Camry received non-life-threatening injuries; however, both had to be air-evacuated to a hospital in Phoenix. The driver of the Impala was issued a civil citation for failing to control his speed to avoid a collision. 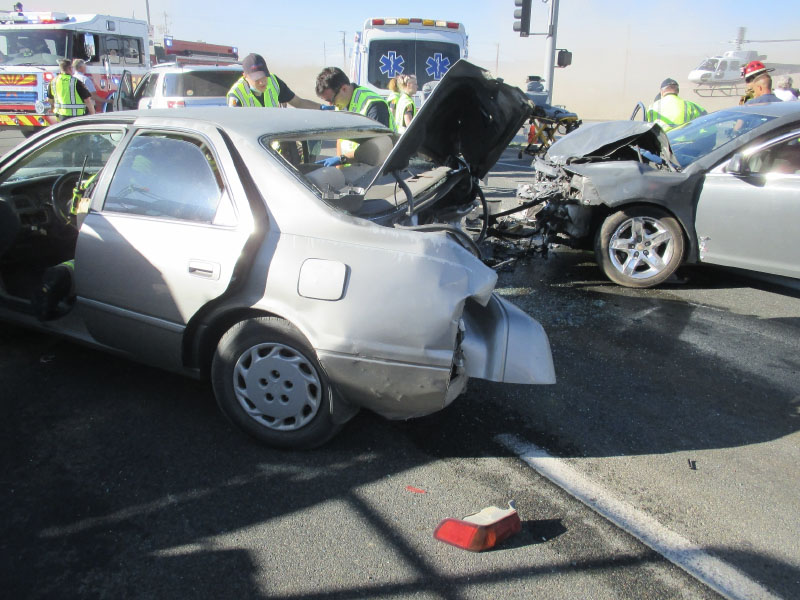 Let this incident serve as a reminder to keep alert while driving and maintain proper speed.