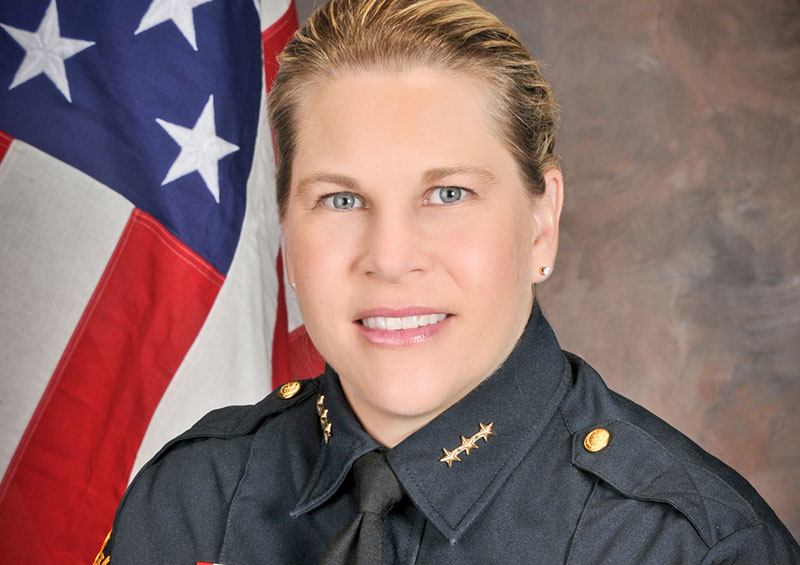 “I am pleased to name Amy Bonney Chief of Police,” said City Manager Michael Lamar.  “Amy has a record of outstanding leadership and service to the City of Prescott. We look forward to her new leadership role.”

Bonney was born and raised in Prescott, and has served PPD for 23 years.  Throughout her career, she has served in a variety of progressively responsible roles before being named deputy chief in 2016.

During her career, Bonney was awarded the Medal of Valor, Sworn Officer of the Year, Supervisor of the Year, and multiple other departmental and community awards. She is involved and active in the Prescott and law enforcement communities, currently serving as the President of the Kiwanis Club of Prescott; the 1st Vice President of the FBI National Academy Associates, Arizona Chapter Board of Directors; the Arizona Association of Chiefs of Police Training Committee; the Arizona Leadership and Development Program; the Boys and Girls Club Safety Committee; Prescott Women Who Care, and American Lutheran Church music and children’s ministries, among others.

She holds a Bachelor’s of Science degree from Northern Arizona University, a Master’s degree in Public Administration from the University of Phoenix, and graduated with the 257th session of the FBI National Academy in Quantico, Virginia.

Rate this item
(0 votes)
Last modified on Monday, 28 June 2021 15:14
Published in Arizona News
Tags
« For Sale: One Exhibition Center Your Photo Just Might Be Chosen for the Arizona Wildlife Views Magazine »