Flags at Half-Staff for US Service Members Featured 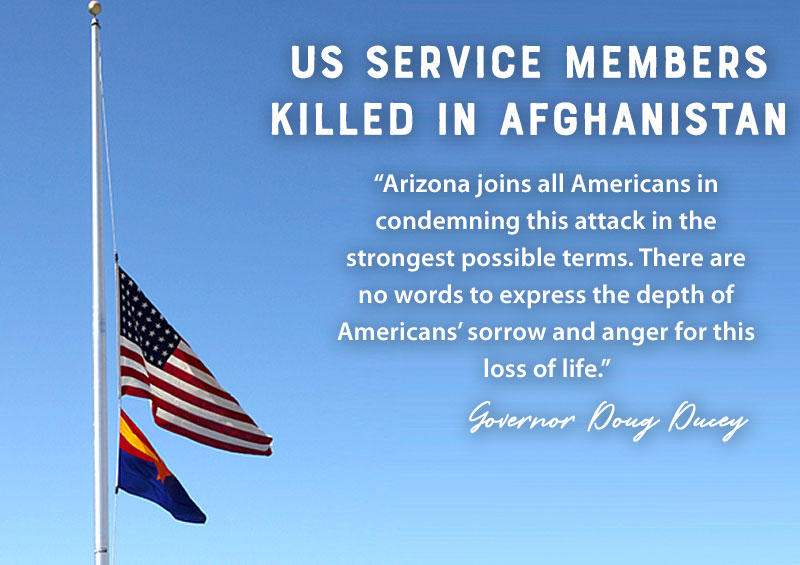 PHOENIX — Governor Doug Ducey ordered flags at all state buildings be lowered to half-staff through August 30, 2021 in honor of the U.S. service members killed during the terrorist attack in Kabul, Afghanistan. Arizonans are encouraged to participate in this tribute.

The Governor released the following statement:

“Today is a tragic day for our nation. I am sending my deepest condolences and prayers to the loved ones of the U.S. forces killed and wounded in today’s terrorist attack in Kabul, Afghanistan. I am horrified by this attack on our brave service members as well as other innocent civilians in the area.

“Arizona joins all Americans in condemning this attack in the strongest possible terms. There are no words to express the depth of Americans’ sorrow and anger for this loss of life.

“As we mourn the dead, we must also recognize the context for this terrible attack. American troops have fought, bled and died in Afghanistan for two decades to keep this country from once again becoming a safe haven for terrorists. We are now seeing in real time how the recent action to withdraw from Afghanistan has made America and the world less safe.”