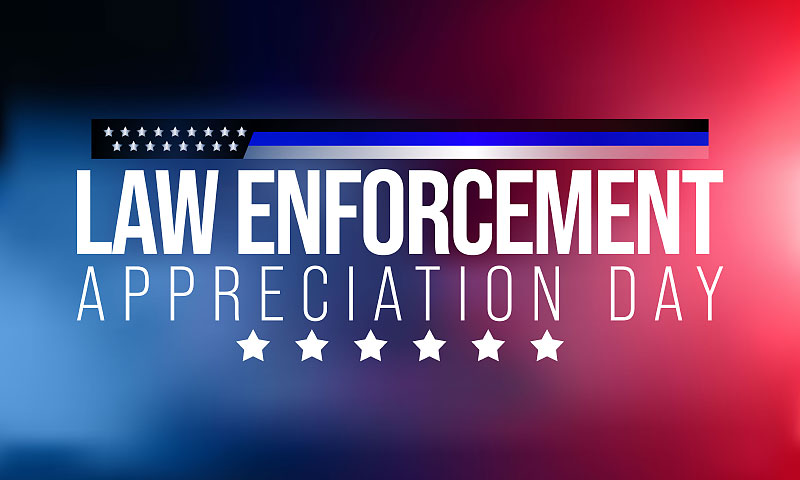 It’s the National Law Enforcement Appreciation Day. In our community, we have some awesome law enforcement agencies.

Charles (Chuck) Wynn is the Chief of Police in Chino Valley. He has been in his role as Chief longer than any of the other Chiefs in the area. The Town of Chino Valley Council has approved a construction contract for a new, two-story police facility, which will provide room for future expansion, better visibility and access for the public.
Chino Valley Police: http://www.chinoaz.net/365/Administration

Tyran Payne serves as the Chief of Police at Yavapai College. He served with the Department for 6 years, rising in the ranks from officer, sergeant and lieutenant, and earning his associates degree in criminal justice at Yavapai College. He is an American veteran of the US Army Police Corps. Chief Payne, “...envisions the YCPD being a catalyst for change in policing and the justice system.” You can read more about his remarkable story here:
Chief Tyran Payne with Yavapai College: https://www.yc.edu/v6/news/2021/07/payne.html

All of these community leaders in law enforcement would agree on one thing: They couldn’t do it alone. It takes a robust team of very special, outstanding men and women to be police officers, especially in our world today. These Police Chiefs are where they are, and can do what they do, because of the police forces they lead.

So, to the Prescott-area police: We stand with you, we support you and we trust you. Thank you for all that you do. We know that mistakes can be made, that your officers are human, and, rarely, sometimes the wrong people are in the wrong position. But we also know that the vast majority of the local law enforcement is made up of men and women who deeply care for our community and only want to see us all protected from harm and danger. Without you, our communities would not be the safe places they are, where we feel comfortable going about our lives and raising our families.