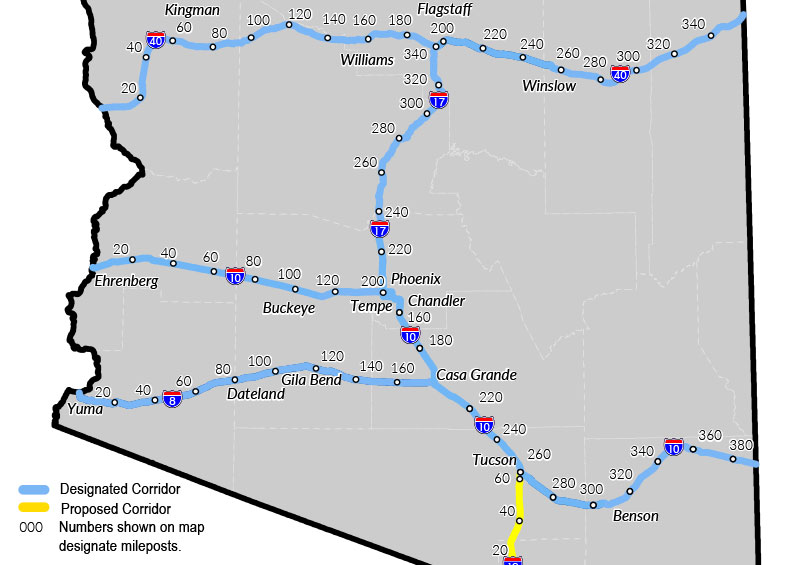 PHOENIX- As more and more Arizona drivers get behind the wheel of an electric vehicle, the Arizona Department of Transportation is ensuring that Arizonans receive the maximum benefit from new federal funding sources by developing a federally required plan to implement a statewide network of EV charging stations.

ADOT has hired AECOM Consultants to assist with the plan and will be kicking off efforts to seek input from the public and key stakeholders, including representatives from the EV industry, utility providers and others who are critical to understanding the technical and implementation issues related to development of the EV plan. Per federal requirements, the initial, high-level plan will be submitted to the Federal Highway Administration in August 2022, with further plan refinements to follow.

The first step of the plan will focus on deploying EV fast chargers along Arizona’s currently designated alternative fuel corridors - the interstate system - to reduce range anxiety and encourage vehicle purchasers to consider EVs as a viable alternative to gasoline or diesel-powered vehicles.

Funding is a crucial component, and over the next five years, the state is set to receive $76.5 million in federal dollars through the National Electric Vehicle Infrastructure (NEVI) Formula Program to establish publicly accessible EV charging stations along Arizona’s federal interstate highways designated as alternative fuel corridors. Non-interstate highways could be eligible for EV charging stations in the future, pending ADOT designation of those highways as alternative fuel corridors and availability of additional funding. The EV plan is part of ADOT’s efforts to implement the federal Infrastructure, Investment and Jobs Act (IIJA).

ADOT will be seeking comments and suggestions from a wide variety of agency and industry stakeholders and the public during the preparation of the initial plan due in August. Additional  comments and suggestions will continue to be considered as ADOT works to refine the plan in the future. Public outreach will include surveys and online and in-person public meetings. The plan will evolve as new alternative fuel corridors are added and in response to new developments in the EV industry and usage patterns. 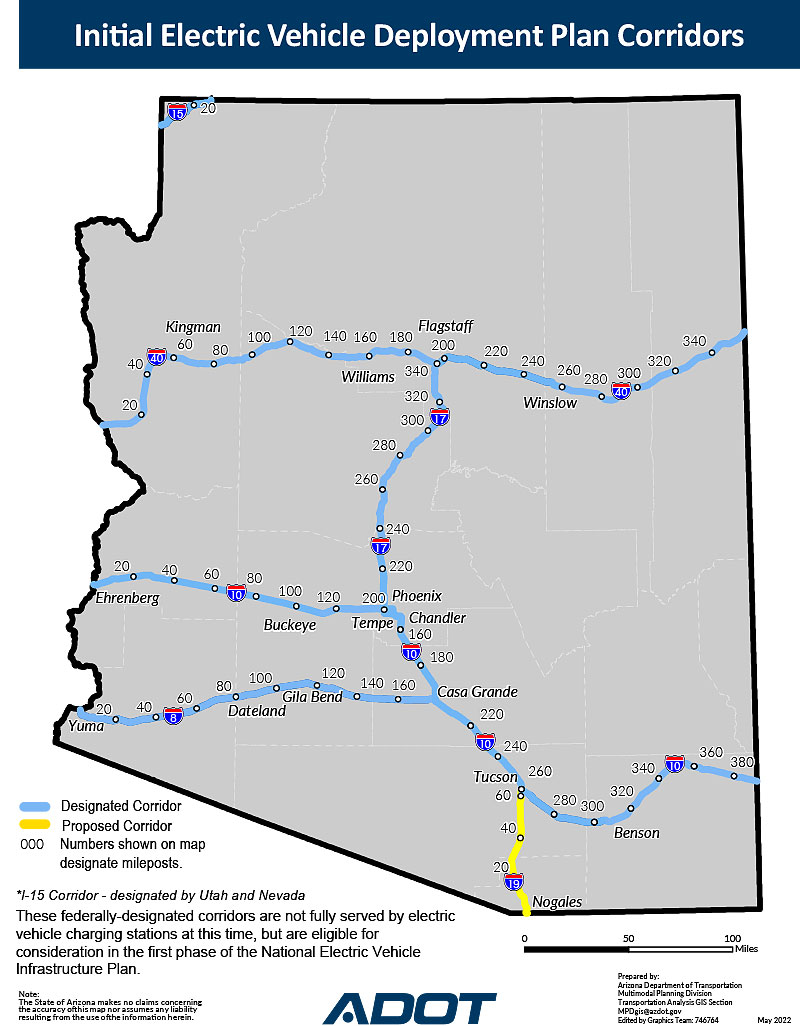