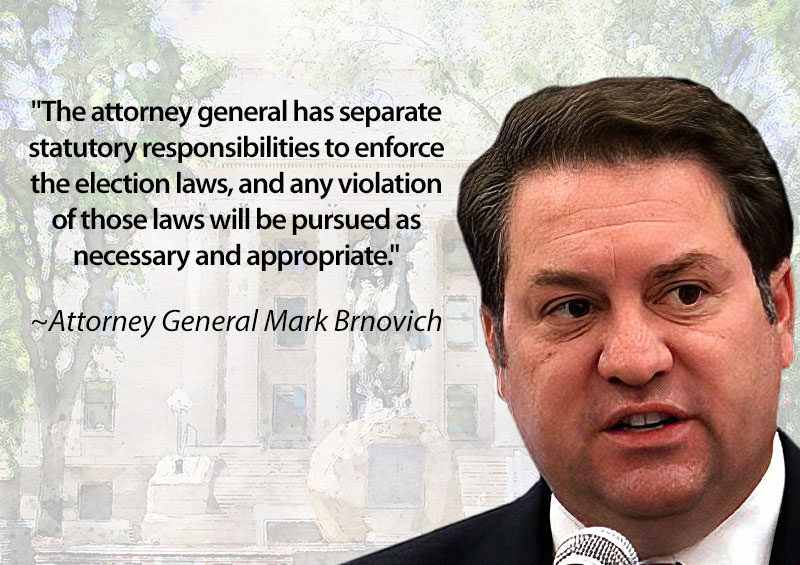 Brnovich witnesses the canvass of the election

“As we gather today to solidify the 2022 midterm election results, many Arizonans of all political persuasions continue to have doubts about our election processes," said Attorney General Mark Brnovich. "As attorney general, I have made it one of my office’s highest priorities to defend our election laws and advocate for changes when necessary. I will continue to do so throughout the end of my term."

The Arizona Constitution and statutes make clear that the governor and the attorney general merely serve as witnesses to the SOS's certification. Ultimately, the counties are tasked with the actual certification responsibilities and delivering the "official canvass" to the SOS. Thus, any issues or irregularities will have to be resolved in an election contest brought against the SOS and the relevant county election officials.

The attorney general has separate statutory responsibilities to enforce the election laws, and any violation of those laws will be pursued as necessary and appropriate. The Attorney General's participation in today's canvass serves as neither an endorsement of the election results nor the lawfulness under which the election was conducted. Those determinations are ultimately made in any election contest or separate enforcement matters under A.R.S § 16-1021.