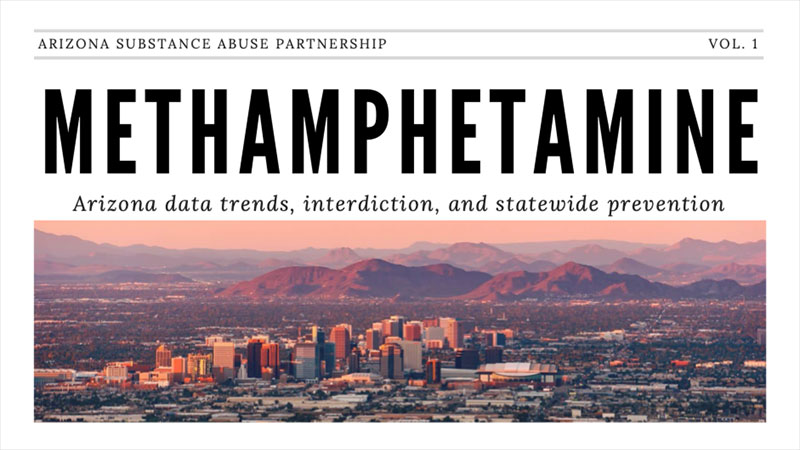 Arizona is experiencing a devastating increase of sellers and users of methamphetamine due to increased production of the drug and declining costs, according to a new report just released by the Arizona Substance Abuse Partnership (ASAP). Between 2015 to 2019, the retail price of meth decreased 58% while during the same period, federal, state, and local law enforcement saw a 342% increase in methamphetamine seizures. Fatal overdoses involving methamphetamine have also risen.

Methamphetamine is a powerful, highly addictive stimulant drug that affects the central nervous system. The drug’s ability to rapidly release high levels of dopamine in reward areas of the brain creates physical and psychological dependence and can lead to a substance use disorder.

Treatment programs in the state are also experiencing an increase in meth-related patients. Crossroads, Inc., for example, reports that 40% of all clients tested positive for methamphetamine upon admission into treatment. In 2019, the AZ Families First Program found that 36% of participants reported meth use within 30 days of start of program, second only to marijuana.

For Arizona’s youth, there are indications that electronic cigarettes are being used as a delivery system for methamphetamine. According to the 2018 AYS data, use of e-cigarettes has increased across all grade levels since it was first assessed in 2016.

To that end, the report recommends several steps for the state including increased data sharing among agencies; a statewide campaign to raise awareness around methamphetamine; and flexibility in substance abuse prevention funding.

“The good news,” says Polk, “is that the state just awarded funding to MATFORCE to oversee a statewide drug awareness campaign.” MATFORCE is the Yavapai County Substance Abuse Coalition.

Merilee Fowler, the executive director for MATFORCE, stated, “I am excited for this opportunity to work with coalitions across Arizona. We know that substance abuse is never about just one drug. Ninety percent of adult substance use disorders are rooted in adolescent drug use. Preventing adolescent drug use significantly reduces the risk of developing later addiction.”

The ASAP report can be found at: https://goyff.az.gov/sites/default/files/meeting-documents/materials/agenda_item_4_methamphetamine_in_arizona_1.pdf