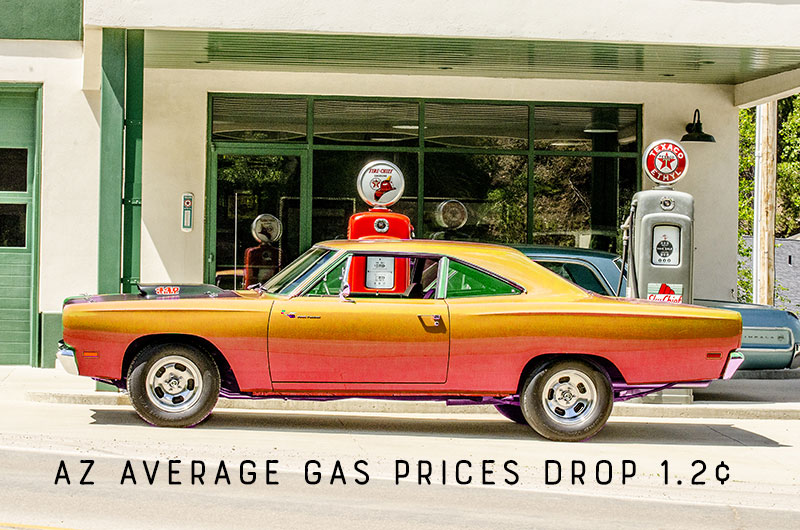 Gas prices dropped in Arizona, which is still nearly $1/gallon lower than California.

Gas prices remain the lowest in four years for this date in time.

Do you want to find a station? Gas Buddy is there for you! 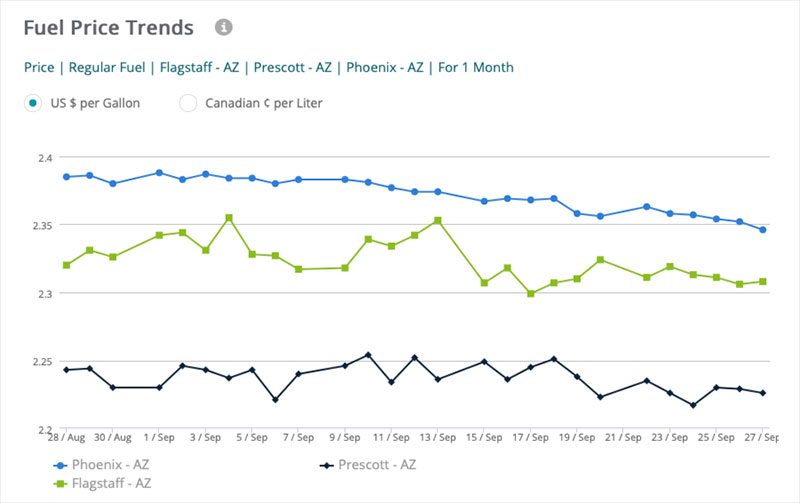 Interesting - the average price of gas is lowest in Prescott? Perhaps because there are more gas stations in Phoenix. 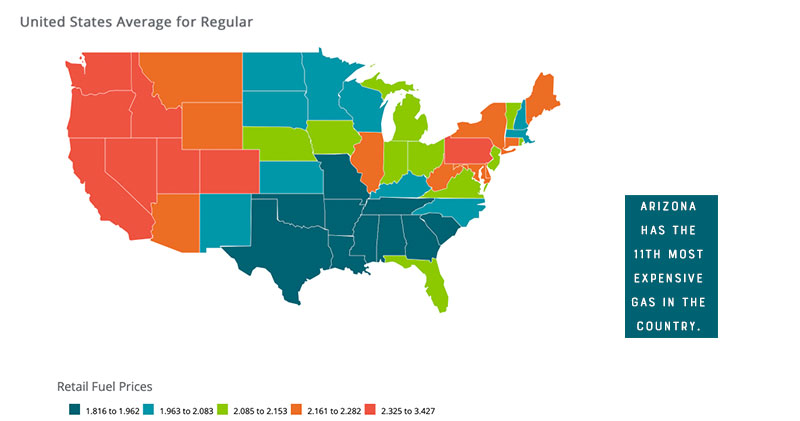 "Higher oil prices caused most states to see gas prices inch higher, with the national average rising ever so slightly in the last week, breaking its three week streak of declines. However, the rise is likely temporary as oil prices that had pushed higher gave up their gains last week and closed near the low-side of the range they've been in for quite some time," said Patrick De Haan, head of petroleum analysis for GasBuddy. "According to Pay with GasBuddy data, gasoline demand declined again last week, falling nearly 1% from the prior week, largely in line with expectations as we head into the first full week of fall. While the Atlantic is finally silent- likely temporary- really the only upside we could see over the coming months would be borne out of hurricane season, or if a COVID-19 vaccine proves successful in pushing demand back closer to normal." 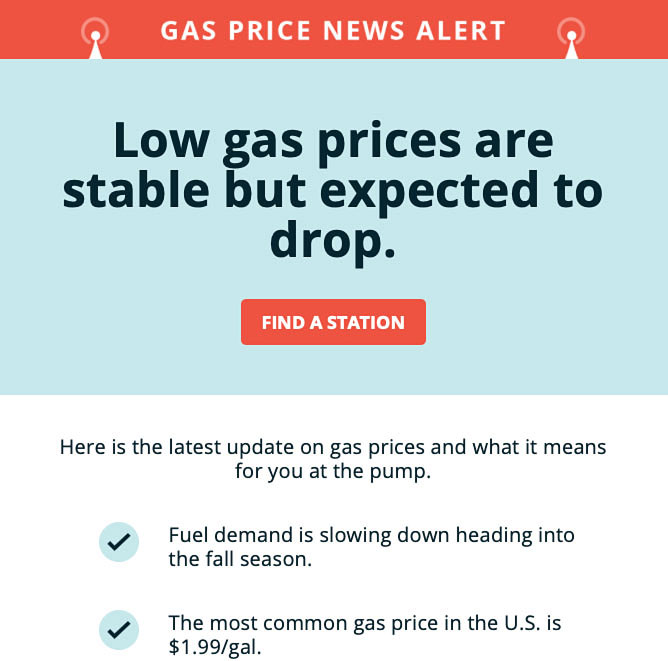