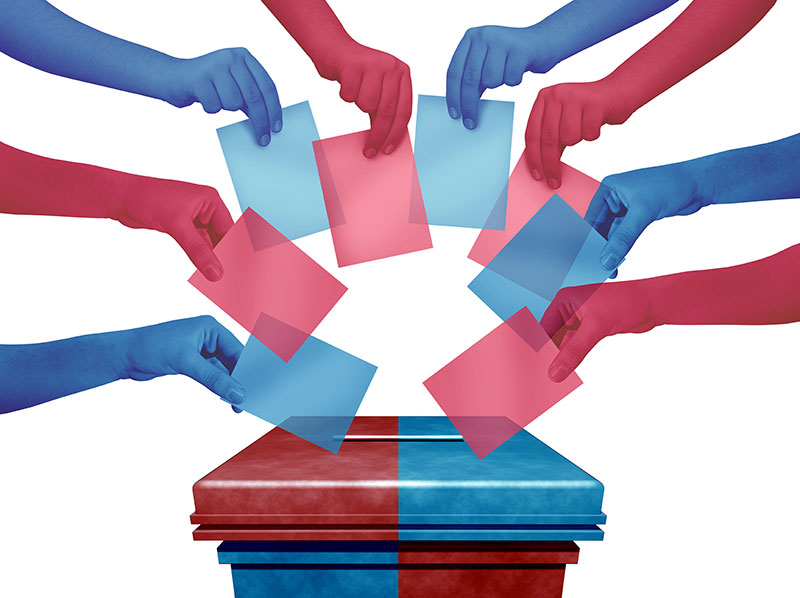 After being reviewed by several courts, the US Supreme Court will consider the Arizona Ballot Harvesting case

The prohibition on ballot harvesting remains in place until the Supreme Court rules on the case.

WASHINGTON, D.C. – Today, the Supreme Court of the United States (SCOTUS) decided it will review a case challenging Arizona’s election integrity laws concerning ballot harvesting and out-of-precinct voting. The Attorney General’s Office (AGO) is asking the High Court to bring clarity to these matters after a misguided ruling by the Ninth Circuit struck the measures down.

“We are pleased the Supreme Court will hear our case regarding Arizona’s restrictions on ballot harvesting and out-of-precinct voting. There is no higher priority for public officials than to maintain the integrity of elections," said General Brnovich. "As we contend with a politically-polarized climate and battle a global pandemic, we must sustain the cornerstone of our government and ensure the will of the electorate is heard.”

Arizona, like every other State, has adopted rules to promote the order and integrity of its elections. Since the 1970’s, Arizona has required people to vote at their specific precinct. Additionally, in 2016, Arizona passed HB 2023 to restrict ballot harvesting, limiting who can collect and deliver a person’s ballot to a family member, household member, or caregiver.

If SCOTUS does not overturn the misguided Ninth Circuit ruling, other election integrity laws across the country could be in jeopardy. Presently, approximately 20 states have ballot harvesting laws substantially similar to Arizona or impose various regulations on ballot harvesting. Additionally, a majority of states require ballots to be cast in the correct precinct.

Arizona’s prohibition on ballot harvesting remains in place until the U.S. Supreme Court rules on the case, likely in early 2021.

In 2016, the DNC challenged Arizona’s laws restricting ballot harvesting and out-of-precinct voting. A federal district court judge ruled in Arizona's favor and upheld the laws. The case was then appealed to a 3-judge panel of the Ninth Circuit Court, and that panel also upheld Arizona's laws. The DNC then appealed the case to a larger group of Ninth Circuit Court judges, who struck down the laws, a mere four days before the 2016 General Election. AG Brnovich immediately appealed to the U.S. Supreme Court and the very next day, the High Court overruled the Ninth Circuit, reinstating Arizona’s ballot harvesting and out-of-precinct laws, pending a full hearing of the merits in the lower court.

Late in 2018, a federal district court judge once again upheld Arizona’s laws after a 10-day trial. DNC attorneys appealed the case to a 3-judge panel of the Ninth Circuit, who again upheld Arizona's laws. DNC again appealed the case to a larger group of Ninth Circuit judges, and the court reversed itself in early 2020 and struck down the laws just as ballots for the Democratic Presidential Preference Election were beginning to be mailed out. AG Brnovich immediately filed for a stay of the decision, and the Ninth Circuit granted the request, leaving Arizona's restrictions on ballot harvesting and out-of-precinct voting presently intact.

In late April of this year, General Brnovich asked SCOTUS to rule on Arizona’s laws being challenged.