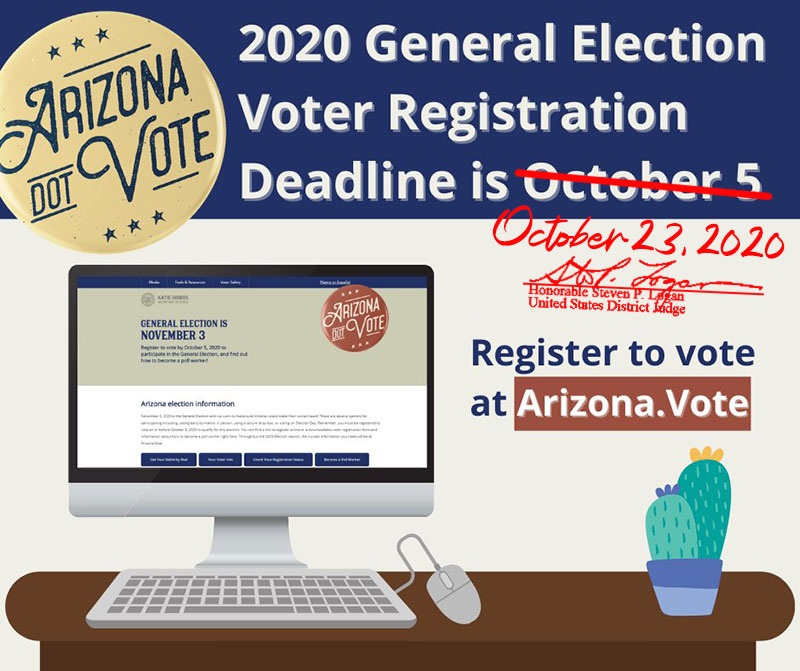 Two decisions handed down by courts today have the potential to affect Arizona’s election.

Update: According to Leslie Hoffman, the court ruling allowing voter registration to remain open until October 23 is being appealed. If it stands, Hoffman says, "This will definitely change a lot of processes. This state has never performed early voting and voter registration at the same time. We will know more later. We were not a party to the lawsuit only the Secretary of State."

Courts weigh in on Arizona election laws and policies

Despite the fact that the end of voter registration has been well-publicized as ending tonight at midnight, a last minute ruling from federal judge Steven P. Logan extends that deadline to 5pm on October 23, eighteen days from now.

It was September 30 when Mi Familia Vota, the Arizona Coalition for Change and Ulises Ventura (plaintiffs) filed a complaint seeking a declaratory judgment and an Emergency Motion for a Temporary Restraining Order and Preliminary Injunction against Defendant Arizona Secretary of State Katie Hobbs (Defendant). Governor Doug Ducey was allowed to file an Amicus Brief in support of Hobbs.

Basically, the Plaintiffs allege that if the Defendant were to enforce the Arizona Voter Registration Deadline of October 5, their 1st and 14th Amendment Rights would be burdened, and asked for an extension to October 27, 2020.

Hobbs and Ducey argued vigorously in response, noting, among other things:

1. Plaintiffs are not likely to succeed on the merits of their claims

2. Plaintiffs failed to show the enforcement of the October 5 deadline will cause irreparable harm

3. An extension of the deadline at this late date would result in hardship to election officials and result in public confusion

4. Plaintiffs action is untimely, arguing that Plaintiffs should have brought the claim earlier when it was clear to them that COVID-19 was having an impact on registration, and election rules shouldn’t be changed on the “eve of an election."

Because of the urgency, the Court held oral argument this morning, and issued a decision later in the day.

“…the Court finds Plaintiffs have sufficiently established …their organizational mission was frustrated, that they have diverted resources to combat the effects of COVID-19, and that County Recorders are not necessary parties to this action because they answer to the Defendant.”

The Defendants pointed to the Purcell v. Gonzales, 549 US 1 (2006) case, which discourages courts from creating or altering election rules close to elections to avoid voter confusion. But the Court held that the Purcell doctrine does not apply to the extension of election deadlines because the election remedy is “asking [election] officials to continue applying the same procedures they have in place now, but for a little longer.”

The Court ruled that the voter registration deadline be extended to October 23, 2020. 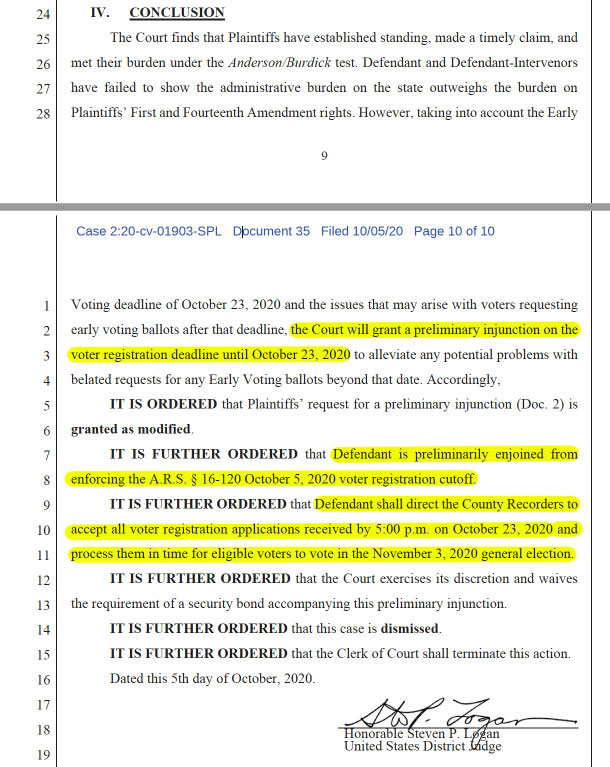 This is a decision that Secretary Katie Hobbs supported. 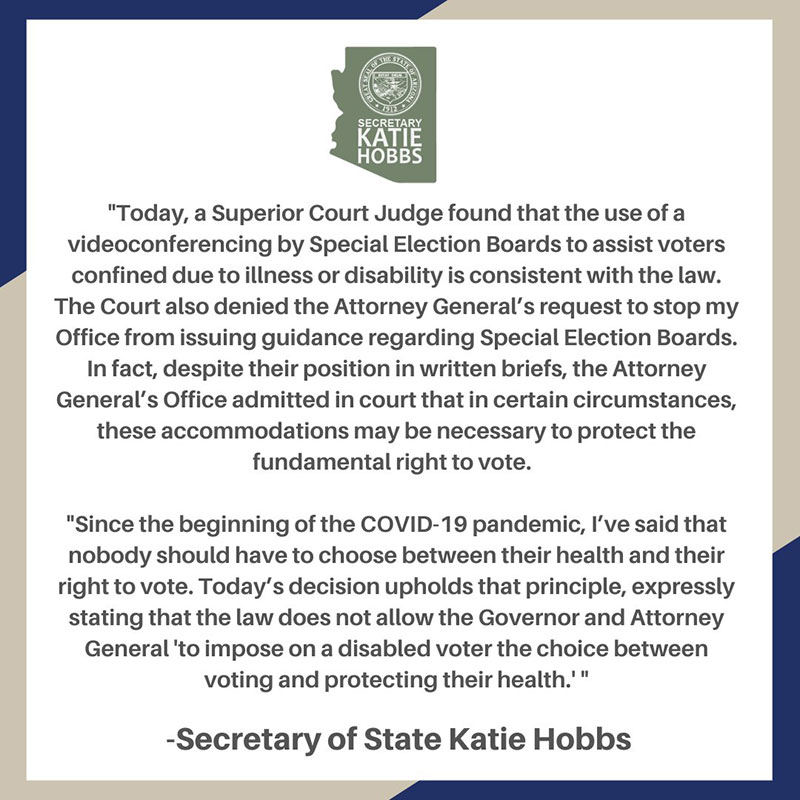