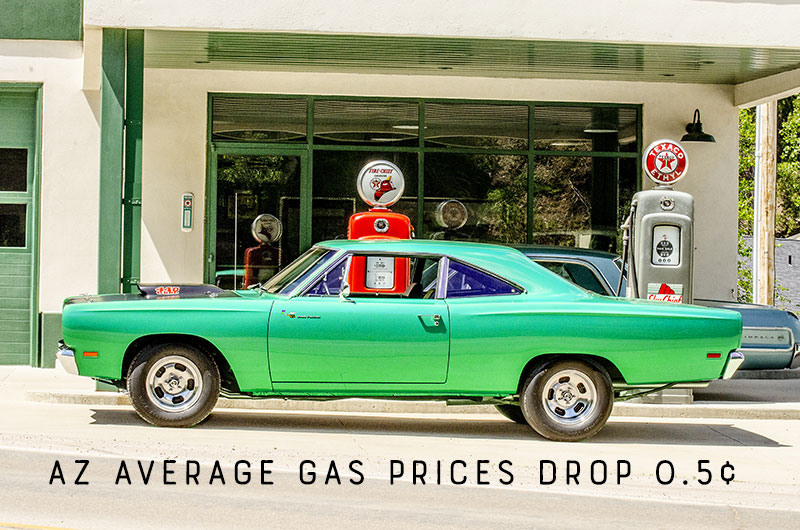 Arizona gas prices drop in the past week. 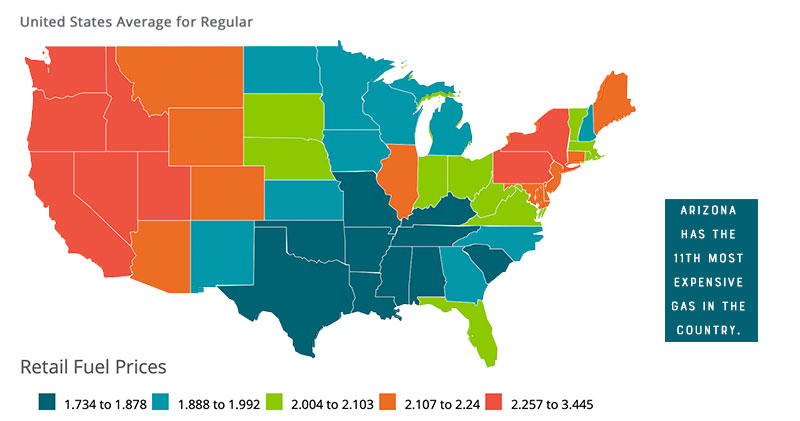 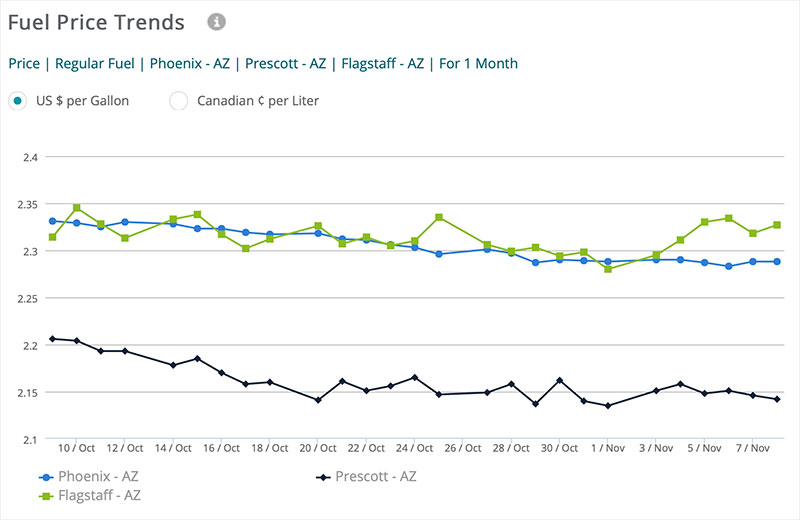 "As expected, previous weakness in oil has continued to translate into falling gasoline prices nearly nationwide as motorists cast their ballots last week, but the six week trend could reverse on optimism that President-elect Biden may move quickly to get organized and Sen. Majority Leader McConnell has said stimulus is high on his agenda, aiding the economy and oil demand," said Patrick De Haan, head of petroleum analysis for GasBuddy. "As of late Sunday, a barrel of West Texas Intermediate crude oil was up over 8% compared to just last Monday, a solid rally that may eventually halt the decline in gasoline prices, should the optimism continue even against a backdrop of a continued global rise in coronavirus cases. It remains challenging to predict how the Presidential transition may occur, and if it drags the economy down, I could see pessimism and lower prices return, but for now, it appears that a solid dose of optimism may soon drive prices up."