The New Year That Was Late Featured 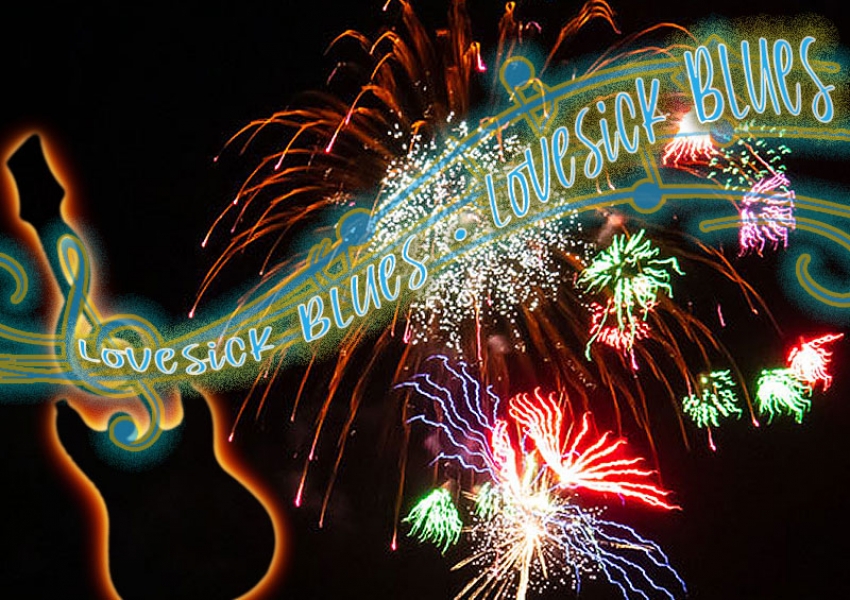 New Year’s Celebrations were late in 1953.

New Years arrived late in 1953. We will never know how much this affected the world.

Editor’s Note: This article was written by Jim Cook on December 31, 2004

Because I’ve lived most of my life in Arizona, I have been privileged to be close to some of its history. I reported on national stories from Phoenix and Tucson, but the more vivid memories are from rural Arizona.

For instance, I was on hand the night that the new year–I think it was 1953–did not arrive at midnight, but was delayed until 2:15 a.m. on January 1.

There was a strong wind blowing out of the southwest that night, and I could tell you that the wind slowed the movement of time from east to west. What really transpired was more unlikely than that, however.

This history was made in the old Staghorn Dance Hall, in a crossroads settlement called Hind Quarters. The Staghorn was a frame building that had been added onto so often, and painted so seldom, that its only enduring feature was the hardwood dance floor.

The dance floor was the point, of course. There was a dance there every Saturday night of the year, and three times on Fourth of July weekend. If you weren’t at the New Year’s dance, people talked about you.

The Staghorn had to be razed after that momentous night because Willie Joe Hall, a large man and a prodigious dancer, hurled himself and his partner through a bearing wall. But that wasn’t what delayed the new year.

Nor was the New Year postponed for the rescue of rhythm guitarist Homer Grant, who fell head-first into an old well out behind the dance hall.

No, the new year was held in abeyance because Frankie Holt, the bandleader, sailed into a then-popular song called “Lovesick Blues” just before midnight, and couldn’t find his way out of it.

Frankie played a pedal steel guitar. His sidemen were usually Homer Grant on guitar and Cougar Haines on the bull fiddle. Frankie did most of the vocals, but now and then he’d showcase Homer, who could whistle and hum at the same time.

On this New Year’s Eve, Frankie asked a woman fiddler named Myrtle “Spider” Webb to sit in. That turned out to be a mixed blessing.

Frankie was steady and his music dependable, and he became one of my role models. I always wanted to learn to play an instrument in the worst sort of way, and that’s how I did it, 40 years later.

Despite a howling, icy wind outside, a festive crowd showed up for the New Year’s Eve dance.

One of the things that made that night memorable was that there was only one fight. Bill Jones and Whistler Coogan were arguing about whether eating black-eyed peas on New Year’s day brought you good luck in the coming year, or whether eating cabbage brought better luck. Bill, from Illinois, favored cabbage; Whistler, from Tennessee, stood firm for black-eyed peas.

It was a friendly conversation until Whistler’s wife Edith, who was different, said Native Americans had told her that mesquite beans brought good fortune, and that was what she was going to serve on New Years.

Bill, a notorious suck-up, said he thought that was a wonderful idea. That caused Whistler to think that Bill was coming on to Edith, and he invited him outside. Fortunately, the wind was blowing so hard that neither man could land a good punch.

The highlight of any evening at the Staghorn was when the band played an old fiddle tune called “Under The Double Eagle.” Smart dancers left the floor, because big Willie Joe Hall loved that tune.

He’d grab a partner and sweep around the floor in great, bounding whirls. Unwary dancers fell like bowling pins.

On this night, Willie Joe was inspired by the fiddling of Spider Webb. He was dancing with Cougar’s daughter, Patricia, and they were lapping the dance floor every six seconds.

One of the drinkers in the crowd had sneaked a bottle of Calvert’s Reserve into the hall. In his haste to share a nip with his buddies, then conceal the bottle, he had spilled some on the floor.

Willie Joe’s boot heel hit that whiskey slick and he and Patricia sailed through an exterior wall. They suffered only minor abrasions and contusions.

Someone found a canvas tarp to put over the hole in the wall, and the party continued to gain momentum.

During a brief intermission, Homer Grant found the men’s room overcrowded, so he headed toward an old outhouse behind the staghorn. The wind blew him off course, and he went head-first into a dry well.

The other musicians resumed playing, and a search was launched for Homer. Whistler and Bill, who were still arguing the merits of cabbage and black-eyed peas, saw Homer’s boots sticking above the top of the well and pulled him out.

Homer had just returned to the bandstand when Frankie launched into “Lovesick Blues.”

If you don’t know the song, it won’t mean much to you, but in the 1950s, “Lovesick Blues” was an anthem for young consumers of country music. Hank Williams didn’t write it, but he sang the devil out of it.

Even Miss Ellie, who grew up in hip Marin County, California, loves the song. She thinks we ought to learn to sing it in public, but I still remember the night at the Staghorn too vividly.

I have been playing and singing for several years now, with the indulgence of other musicians. Now and then, I forget where I am in a song, and have a hard time coming home.

It was time to sing “Auld Lang Syne” when the crowd realized that Frankie was stuck in high gear on “Lovesick Blues.” He looked puzzled as he sang, for the fourth time, “Well I’m in love, I’m in love with a beautiful gal, that’s what’s the matter with me…”

Cougar and Spider looked disgusted and Homer smiled happily as the band played on. “Well, I’ve tried and I’ve tried to keep her satisfied…”

I noticed that my wristwatch had stopped at midnight, and I cussed it for its cheapness. Frankie went through the song again, and quite a few folks kept dancing, although Irma Watkins announced loudly that she’d prefer a waltz, for a change of pace.

By now, most people were staying around just to see what would happen. Willie Joe was still dancing, but he was looking haggard.

Some of the men wanted to go home. Some wives refused to leave until we’d sung “Auld Lang Syne.”

The bar across the street closed at 1 a.m. Folks started getting restless. Frankie’s wife took the car keys out of his pocket and went home, telling Frankie that he and his pedal steel could hitch a ride home, or not.

Willie Joe was tired of dancing. He went up on the bandstand and pried the steel bar from Frankie’s fingers, and kicked his feet away from the pedals. Frankie looked annoyed at first, then grateful.

We all yelled “Happy New Year!” and kissed and sang “Auld Lang Syne” a capella. When I next looked at my watch, it had jumped ahead to 2:20. Darn cheap watch.

The community called Hind Quarters no longer exists. It was devoured by Onslaught, one of the many new subdivisions in Fossil Valley. (The valley is named for fossils found in the sedimentary rocks which rim it, and not for the retirees who occupy most of its homes.)

Only a few of us remember the historic night when Frankie Holt held back the new year, and none of us lives in Fossil Valley any longer. But we all hope your New Year is on time, happy and prosperous.