Opinion: Of Course You'll Notice a Difference Under Biden Featured 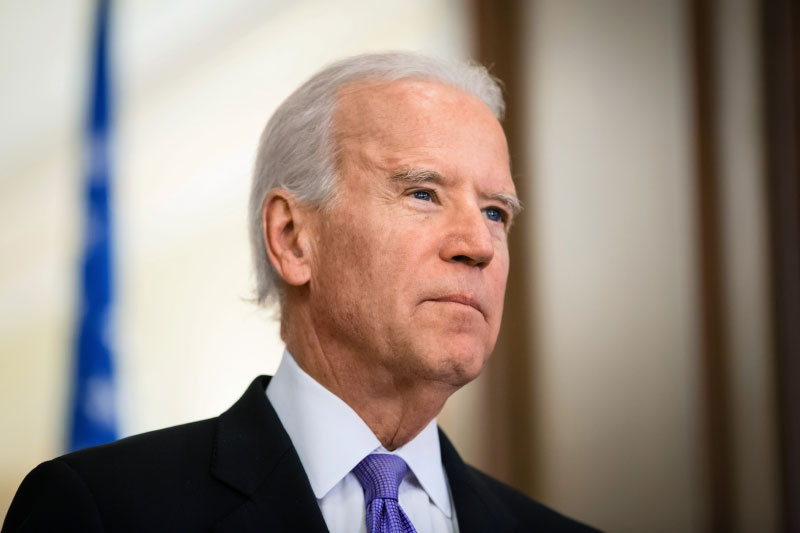 The left says that the average American won’t notice changes in their lives after Biden becomes President. That’s not true.

Batten down the hatches.

The left says that the average American won’t notice changes in their lives after Joe Biden becomes president. That’s not true, but the assertion helps explain their mentality. The types of changes a Biden administration is going to make are the kind that won’t bother the elites on the left, so they will not stand out as significant. It helps that Democrats like Biden and Kamala Harris are always very careful to hide their radical agenda. But we know looking back at previous Democrat presidents that some dreadful things always take place under them.

The first most obvious difference is going to be an increase in misery with the lockdowns. The Democrats show no sign of slowing down there, even though we’d hoped they’d stop them in order to claim Biden defeated COVID-19. They’re now talking about a second wave, a dangerous mutated virus and other signs from “science” that will require extending draconian lockdowns. Biden says he will ask Americans to wear a mask for his first 100 days in office. Where Trump largely left the lockdowns up to the states, Biden will impose a one-size-fits-all mandate across the states. The left even wants to continue masks after COVID-19 subsides. Instead of things finally turning around for small businesses and their employees hurt by the lockdowns as society reaches herd immunity, the situation is going to remain miserable for a long time.

Taxes will go up on almost everything in order to pay for the Democrats’ special interests. The average American who lives paycheck to paycheck will feel the squeeze and be forced to cut somewhere. Going out to eat (or getting takeout, thanks to the Democrats’ lockdowns) will become rarer. Some Americans will no longer be able to afford their mortgages, losing their homes. Businesses will be forced to cut employees in order to keep up with rising taxes, regulations and minimum wage increases. The Democrats intend to increase the minimum wage to $25/hr. Compounding the problem is Biden's plan to offer a path to citizenship for illegal immigrants, who will then be competing for the remaining jobs. The first Americans to be unable to find jobs will be young people who will have to move back in with their parents and low-skilled workers.

If the Democrats control the Senate, Medicare for All will probably make it into law. In order to fund it, the Democrats will roll back the 2017 tax cuts that have helped the middle class, increasing taxes on everyone including seniors on fixed incomes. The average household would see a tax increase of over $26,000 annually. Looking at other countries that have adopted socialized healthcare, it will mean long waits for some types of treatment, with some kinds not offered at all. Avik Roy writing for National Review lists typical horror stories from the UK, which has fully socialized healthcare. If you’re healthy or young and never go to the doctor, you may not notice as much of a difference, but if you’re old or sick the system won’t be able to afford you. The UK’s NHS makes decisions that favor cost-cutting over saving the lives of the elderly.

Biden has pledged to reverse Trump’s executive orders, and he will issue his own. He said he will rejoin the Paris climate accords, which will bring back onerous regulations, sending prices and taxes up. The rolling blackouts in California will continue and spread to other states, as no one stops the left-wing activist politicians from continuing to close coal, nuclear, and gas-powered electric plants. Taxes will increase on gas, putting the squeeze on the middle class which commutes to work. Expect to see a flurry of executive orders related to the advancement of transgenders, punishing those who do not comply. Some executive orders will expand abortion, some will increase affirmative action and some will add restrictions and requirements on government contractors, making it difficult for millions of their employees to live their lives without submitting to political correctness.

Violent Antifa and Black Lives Matter protests will increase, emboldened by the rhetoric they hear from Biden and Harris. Biden has never denounced the violence. Local law enforcement will withdraw even further from stopping the rioting, told to stand down by Biden. Police agencies will lose more funding as their mayors and city councils get tacit approval from Biden to brazenly downsize them. The average person who is a victim of crime will run into problems, from the police not responding in time to failing to follow up for lack of resources. The 1619 Project, which teaches children that the U.S. was founded to promote slavery, will expand past public school curriculums, pervading every part of our lives from employment to entertainment. The U.S. will be considered the most racist it’s been since the Jim Crow era. Americans will be terrified to comment on social media about many issues for fear of being doxed and fired as racists.

The political targeting that started under Obama — using the IRS to go after conservatives, spying on journalists and making up Russian collusion in order to prosecute Trump’s associates — will expand to conservatives all over the country. It will be aided by big tech collusion, making it easy to find dissidents and make the witch hunts against them go viral. Emboldened by Biden, big tech will continue censoring conservatives out of society, kicking them off Facebook and Twitter, removing their websites from Google searches, leaving the only remnant of them online as derogatory articles in the MSM and Wikipedia.

We’ve seen how people have suffered under the COVID-19 lockdowns, so we’ve already had a sample of what life is going to be like under Biden with the steps he will take to destroy the economy. With the addition of the lockdowns, we are headed for real misery. It’s not true that the average American won’t notice any differences under Biden; the average American is going to have to make tough decisions where to cut some of their budget. Democrats are hoping Americans will be like the frog in a pot of water gradually heated up to boiling so the frog doesn’t notice. Maybe some wealthy Americans and the millions of Democrats who work for the government so they always have a guaranteed paycheck and pay raises felt that way under Obama. But with COVID-19 lockdowns piling on, and a VP who was rated the most liberal member of the U.S. Senate, most Americans are about to get a taste of poverty.