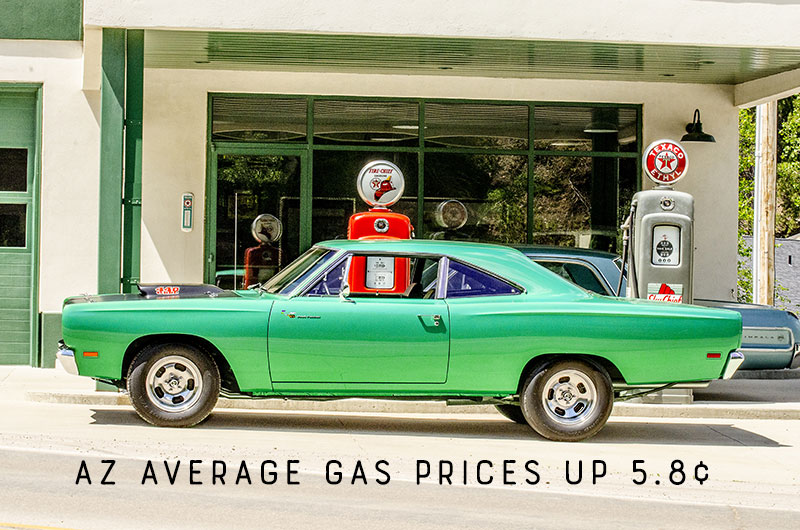 While gas prices in Phoenix fall a sliver, overall, prices in Arizona have risen. 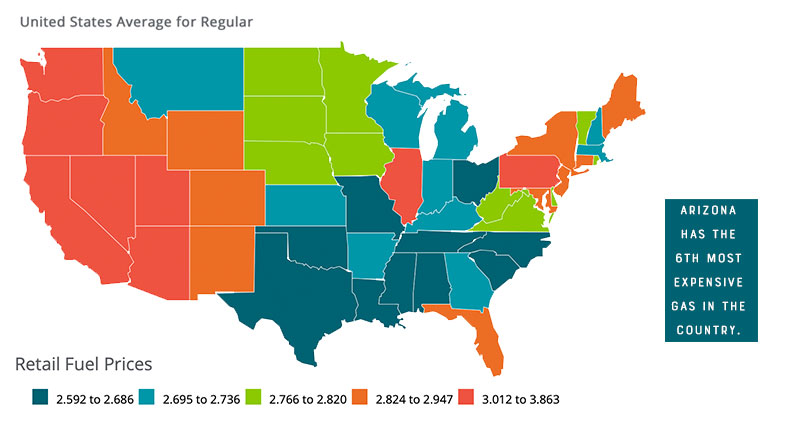 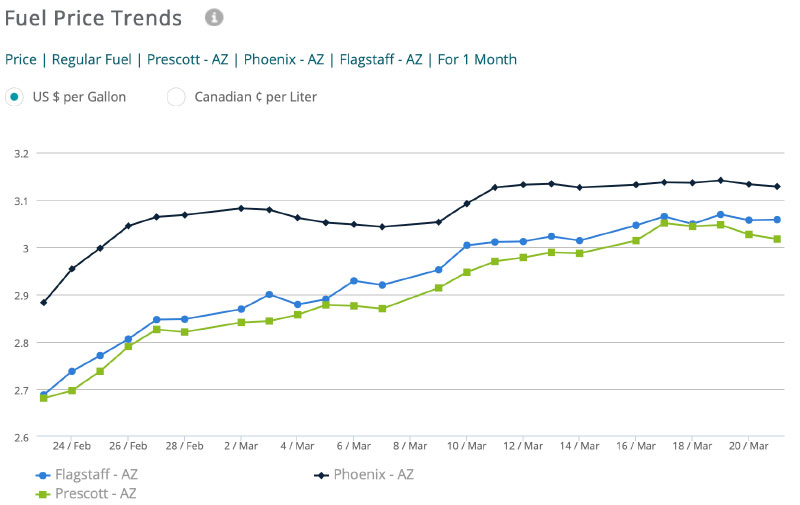 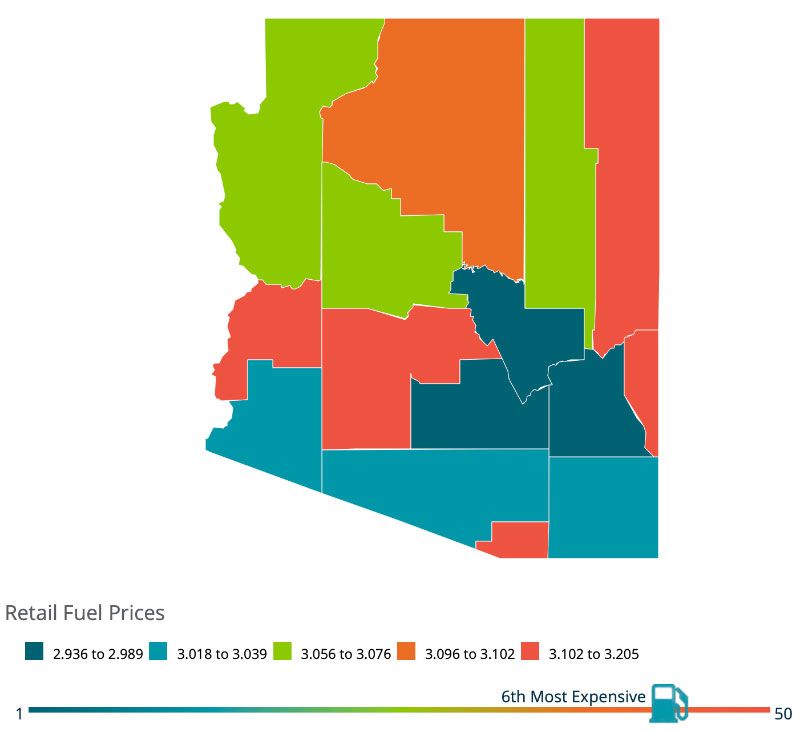 "With oil prices finally sagging over the last week on inflation fears and worries about a surge in COVID-19 cases in Europe impacting oil demand, motorists filling their tanks may soon see a brief respite from rising gas prices," said Patrick De Haan, head of petroleum analysis for GasBuddy. "While gasoline demand last week rose to its highest level since the pandemic began, concerns that oil demand growth will stall with COVID-19 cases surging in Europe are eroding oil's recent rise. While gas prices still rose in a majority of states last week, we may see some price decreases in the week or weeks ahead, even as U.S. gasoline demand continues to rally to the highest level since the pandemic started nearly a year ago. It'll be a bumpy road the next few weeks as markets sort out the bearish and bullish factors, but I still believe prices will likely experience more upward momentum ahead of Memorial Day."