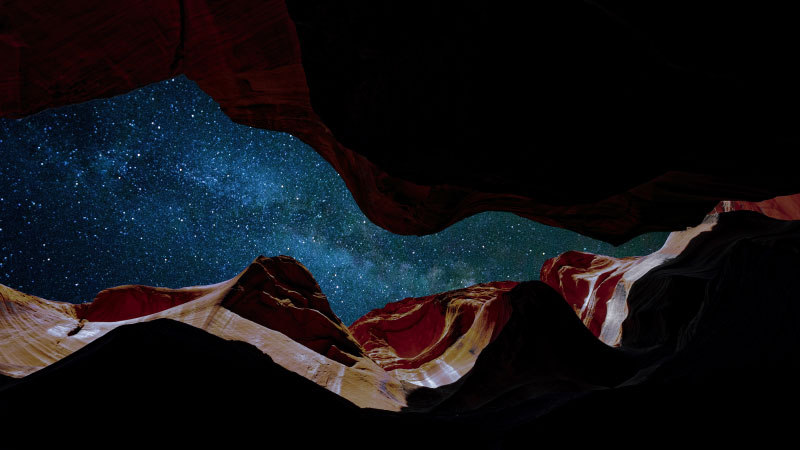 You’ve heard about the Lost Dutchman Mine, an entire pageant of creative stories. It’s a sad tale, for a mine is a terrible thing to waste.

Let me tell you about a lesser-known marvel, the Lost Dutchman Sawmill. Many people don’t know that lumbering was once a big part of Arizona’s economy. Easterners used to think we were lying when we bragged about the largest stand of ponderosa pine in the world, spread across the plateau above the Mogollon Rim.

They still think I’m lying when I tell about the summers when I pruned pine trees. It is true-crews of young men pruned young pines with long-handled saws, so that 100 years later, the limbless trunks would produce boards with fewer knotholes in them.

None of those trees has matured yet. Meanwhile, federal courts have put a stop to logging in Arizona, so we’ll never know if it worked.

The U.S. Forest Service crews were really firefighters, kept handy and busy until there was fire to fight. Now they say our time would have been better spent thinning “doghair” thickets of young trees which choke the forest. Fires, like the ones we stopped, used to control the young thickets. Go figure.

You haven’t seen any forests out that way? Let me tell you why.

Derek Van Hooten was born in Rotterdam. As a young man, he tried his hand at growing tulips, then went to sea as a hand on a Dutch freighter. He jumped ship in New York City.

Derek soon joined a theatrical troupe that headed west by train and stagecoach, presenting variety shows in vaudeville houses all across America. By the time he got to Phoenix, Derek was tired of the theatrical life. He wandered off into the desert, seeking to renew his soul.

He was reported missing. Newspapers called him the “Lost Dutchman mime.”

When found, Derek insisted he had not been lost. He had wandered into a forest of rare Adobe Pine (pinus terra cotta) near Apache Junction. The trees fooled a lot of people because they were a light brown, not green like most pines. Derek found the wood to be quite strong, if a bit pitchy. He set up a sawmill and began logging the mature trees, cutting them into beams to shore up mine shafts. At first he cut them by hand with a crosscut saw. Nearby, the One-Track Mine and the Hollowed Ground Mine were prospering. Soon Derek had sold enough beams that he could afford to buy a used steam engine to power his sawmill, and a saw carriage to hold the logs. Then he began cutting finer boards to help build the houses in Mesa and Phoenix. Some of the boards had were so pitchy that no nails were required to attach them to wall studs-carpenters just slapped them onto the framework and they stuck.

Derek used his experience as a tulip breeder to begin improving the strain of trees. He crossed the adobe pine with the ironwood tree, but found that the logs dulled his saws badly.

He crossed the pines with the tumbleweed to form another hybrid. The tumbleweed has a very shallow root system, which is why it breaks loose and starts tumbling after it dies. Derek figured he could pick the hybrid trees, rather than having to cut them down, a considerable saving. But the shallow roots caused young trees to fall over as soon as they reached four feet in height.

Derek’s experiments were not dangerous so long as the usual drought conditions prevailed. But there are rare winters when a series of storms comes in from the Pacific Ocean-it rains every day or so, for weeks at a time. The last one of these I remember was in the winter of 1991-92.

Derek faced two such winters in a row back in the 1920s, and his forest grew so fast that it got out of hand. He had been fighting fires, rather than letting them clean out the underbrush and the vicious cholla cactus which grew between the trees.

In a couple of years, the undergrowth was so dense that you couldn’t see the trees for the forest. Derek Van Hooten was by now an old man, but he was tough. One day, after a trip to Phoenix, he took his machete and began to hack his way back into the forest, back to his sawmill.

He couldn’t find it. He trail had grown over with vegetation during his overnight absence. His mill was lost somewhere in the dense trees. That was when people began telling the story of the Lost Dutchman Sawmill.

By now it was the 1930s, and people were flocking to the Superstition Mountains to look for Jacob Waltz’s Lost Dutchman Mine. Gold seekers complained that the dense forest was blocking their search for riches. One prospector had the ear of President Franklin Delano Roosevelt . He gave the ear back after FDR directed the Civilian Conservation Corps to clear the forest.

The CCC was a conservation program started during the Great Depression to keep young men off the streets and out of the soup kitchens. The CCC boys wore out a thousand axes and 700 saws in the Dutchman’s forest, but were barely making a dent .

Then, without warning, a volcano erupted–the last recorded volcano in Arizona, El Fuego Poquito. It was a tiny volcano; you can barely see its crater today. It spewed out 13 cubic yards of molten lava , then receded.

But that was enough to start a raging fire, fed by the pitch in the Adobe Pines. The flames quickly burned the forest to the ground.

The only thing left were the charred trunks of a few ironwood trees. The CCC bulldozed them into a gully. In the 1960s , the gully was discovered, and it became Arizona’s first charcoal briquet mine.

Over 70 years, nature has rejuvenated the site of the former forest nicely, so that it blends with the surrounding desert. You’d never know there used to be a forest there.