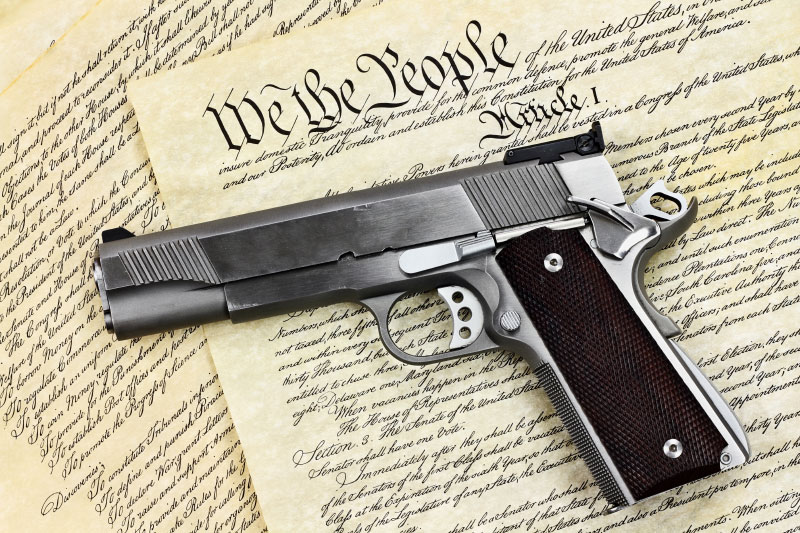 PHOENIX — Governor Doug Ducey today signed legislation to protect the Second Amendment rights of Arizonans by safeguarding against frivolous lawsuits that have no connection to unlawful use of firearms. The new state law mirrors federal law that was passed on a bipartisan basis.

“With efforts currently underway in Washington to erode Second Amendment rights, Arizona is taking action to protect those rights,” said Governor Ducey. “In Arizona, we’re safeguarding manufacturers, sellers and trade associations. Bad actors need to be held accountable, and we will work to make sure they are. But we’re not going to allow lawsuit after lawsuit to slowly tear down the Constitutional rights of law-abiding citizens in our state. Senate Bill 1382 achieves this goal, and I’m grateful to Representative Quang Nguyen and Senator Wendy Rogers for leading on this important legislation.”

Senate Bill 1382 prohibits the state and all entities of the state from suing a member of the firearms industry for lawful design, marketing, distribution, and sale of firearms and ammunition to the public. The legislation also prohibits a civil action from being brought against a manufacturer or seller of a firearm or ammunition or related trade association for damages resulting from the criminal misuse of the firearm or ammunition, with exceptions.

Additionally, it protects manufacturers or sellers of firearms and ammunition from civil action for damages resulting from the criminal misuse of the firearm or ammunition, except in specified circumstances.

“Arizona is—and will remain—a strong Second Amendment state,” said Judi White of Tucson, a champion of gun rights who has long been active in the NRA. “We can’t let flippant lawsuits hinder operations of firearm or ammunition manufacturers, sellers and trade associations that are following the law. Senate Bill 1382 makes sure of that. Thank you, Governor Ducey, for signing legislation that protects citizens’ Constitutional rights.”

In 2005, Congress passed the Protection of Lawful Commerce in Arms Act (PLCAA) which provides federal protection for law-abiding firearms and ammunition industry members against frivolous lawsuits. PLCAA has been challenged in recent years, including in April 2021 when President Biden stated removing PLCAA as a top priority of his administration. Senate Bill 1382 codifies the federal provisions under state law.

Congratulations to State Representative Quang Nguyen on another impactful legislative achievement!  Read more on the Nguyen amendment that shaped this new law to provide important liability protections for the firearms industry in Arizona: https://www.azleg.gov/press/house/55LEG/1R/210427NGUYENAMEDMENT.pdf