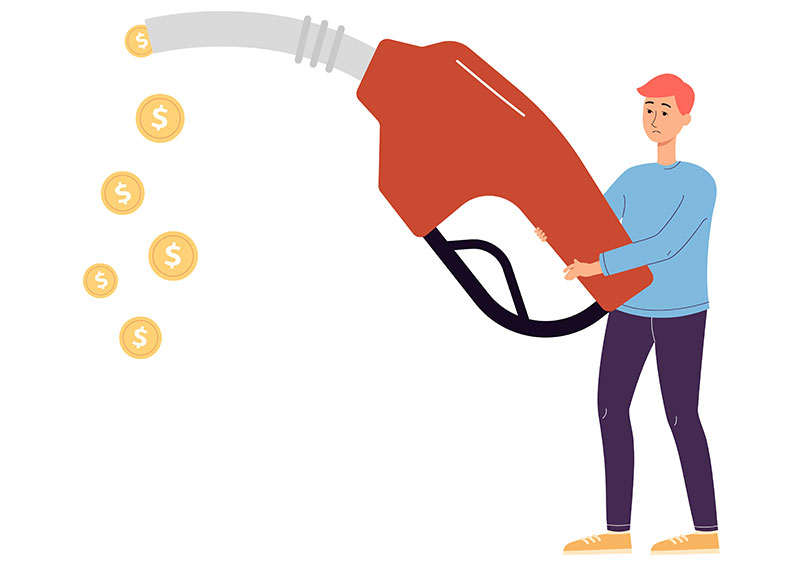 CCOV recovery in demand with slow improvement in supply fuels gasoline prices to their highest level in 2,381 days

BOSTON (May 12, 2021) – The national average price of gasoline today has passed the $3 per gallon mark, according to GasBuddy, the travel and navigation app used by more North American drivers to save money on gas. This is a milestone not seen since David Letterman still hosted Late Night, Pharell’s hat was introduced to the world, and Kim and Kanye got hitched.

GasBuddy previously prognosticated that gas prices may escalate past the key barrier in its 2021 Fuel Outlook released in January of this year. While many Americans are pointing fingers, they should be pointing at the same factor GasBuddy mentioned months ago: CCOV related recovery is pushing things back to normal and leading to rising gasoline demand.

“While this is not a milestone anyone wants to celebrate, it’s a sign that things are slowly returning to normal,” said Patrick De Haan, head of petroleum analysis at GasBuddy. “In this case, rising gas prices are a sign Americans are getting back out into the world — attending baseball games, going to concerts, taking a road trip — basically staying anywhere but at home. This summer may see some blockbuster demand for fuel as well, as Americans find it very challenging to travel internationally, leading many to stay in the confines of U.S. borders, boosting some weeks to potentially record gasoline demand.”

GasBuddy expects summer gas prices not to set records, but settle down to levels more similar to 2018: the national average briefly rising above $3/gallon but eventually falling back under and remaining in the upper $2 to low $3 per gallon range. Should any major refinery issues develop in the midst of the summer travel season, gas prices could become impacted in a large way, especially if the economy continues to see solid recovery and demand for fuels increases.

For those trying to stretch their hard earned dollars into more miles, GasBuddy suggests shopping around at the pump with the free GasBuddy app and driving less aggressively: the savings could add up to $477 per year, or roughly $10 per tank. In addition, motorists can sign up for Pay with GasBuddy, a free program that links to your checking account and offers savings of up to 25 cents per gallon.

About GasBuddy For budget-minded drivers, GasBuddy is the travel and navigation app that is used by more North American drivers to save money on gas than any other. Unlike fuel retailer apps, as well as newer apps focused on fuel savings, GasBuddy covers 150,000+ gas stations in North America, giving drivers 27 ways to save on fuel. That’s why GasBuddy has been downloaded nearly 90mm times – more than any other travel and navigation app focused on gas savings. GasBuddy’s publishing and software businesses enable the world’s leading fuel, convenience, QSR and CPG companies to shorten the distance between the North American fueling public and their brands. For more information, visit www.gasbuddy.com.