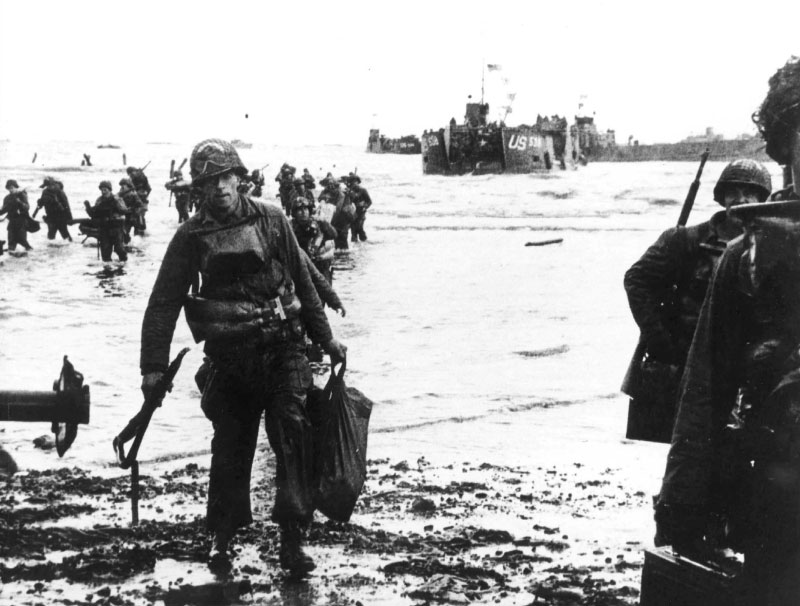 D-Day marked the beginning of the end of WWII.

Today is the 77th anniversary of D-Day

PHOENIX — Governor Doug Ducey today issued the following statement in honor of the 77th anniversary of D-Day, the day Allied Forces stormed the beaches of Normandy, France to retake the continent of Europe during WWII.

“Today we remember the 160,000 Allied troops who stormed Normandy’s beaches to liberate Europe from German control, which marked the beginning of the end of WWII.

“Before the troops embarked on this courageous mission, General Eisenhower told them: ‘The hopes and prayers of liberty-loving people everywhere march with you.’

“On this historic day 77 years ago, the American people stood with the Allies as they fought against the hold Nazi Germany had on Europe. Today, we offer our sincere gratitude to these brave soldiers who changed the course of history for the better.

“The valor and sacrifice of the American, Canadian, British and French allies showed the world the values we hold dear—liberty, freedom, unity—will always prevail, even in the face of tyranny.

“Arizona today joins the nation in honoring the brave Allied soldiers of D-Day, and we are thankful for their role in advancing the cause of liberty. They are the Greatest Generation.”

My fellow Americans: Last night, when I spoke with you about the fall of Rome, I knew at that moment that troops of the United States and our allies were crossing the Channel in another and greater operation. It has come to pass with success thus far.

And so, in this poignant hour, I ask you to join with me in prayer:

Almighty God: Our sons, pride of our Nation, this day have set upon a mighty endeavor, a struggle to preserve our Republic, our religion, and our civilization, and to set free a suffering humanity.

Lead them straight and true; give strength to their arms, stoutness to their hearts, steadfastness in their faith.

They will need Thy blessings. Their road will be long and hard. For the enemy is strong. He may hurl back our forces. Success may not come with rushing speed, but we shall return again and again; and we know that by Thy grace, and by the righteousness of our cause, our sons will triumph.

They will be sore tried, by night and by day, without rest-until the victory is won. The darkness will be rent by noise and flame. Men's souls will be shaken with the violences of war.

Some will never return. Embrace these, Father, and receive them, Thy heroic servants, into Thy kingdom.

And for us at home -- fathers, mothers, children, wives, sisters, and brothers of brave men overseas -- whose thoughts and prayers are ever with them--help us, Almighty God, to rededicate ourselves in renewed faith in Thee in this hour of great sacrifice.

Many people have urged that I call the Nation into a single day of special prayer. But because the road is long and the desire is great, I ask that our people devote themselves in a continuance of prayer. As we rise to each new day, and again when each day is spent, let words of prayer be on our lips, invoking Thy help to our efforts.

Give us strength, too -- strength in our daily tasks, to redouble the contributions we make in the physical and the material support of our armed forces.

And let our hearts be stout, to wait out the long travail, to bear sorrows that may come, to impart our courage unto our sons wheresoever they may be.

With Thy blessing, we shall prevail over the unholy forces of our enemy. Help us to conquer the apostles of greed and racial arrogancies. Lead us to the saving of our country, and with our sister Nations into a world unity that will spell a sure peace a peace invulnerable to the schemings of unworthy men. And a peace that will let all of men live in freedom, reaping the just rewards of their honest toil.

Thy will be done, Almighty God.