But, Monsoon Season is Over, Isn't It? Featured 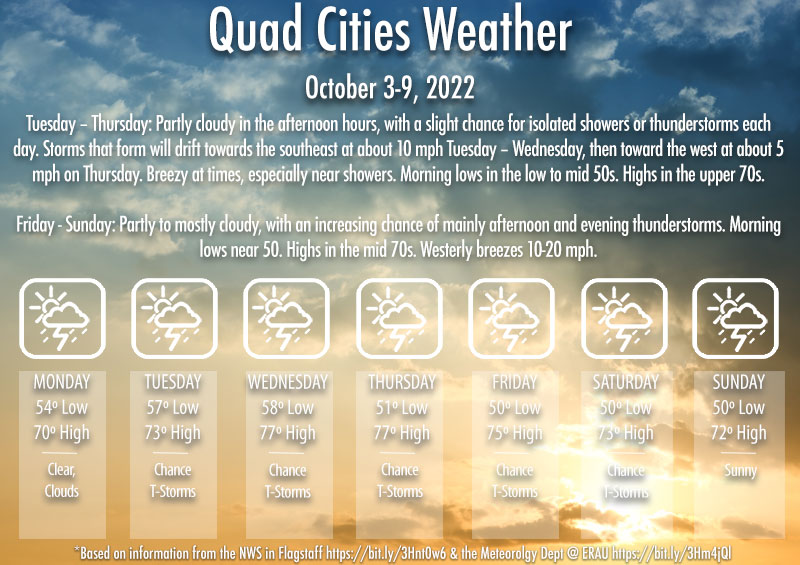 Great storm on Monday afternoon, we’ll have to see what happens for the rest of the week!

Monday: Partly to mostly cloudy, with a good chance for showers and thunderstorms. High in the lower to mid 70s. Breezy in the afternoon near convective cells. Storm motion toward the east at about 10 mph.

Tuesday – Thursday: Partly cloudy in the afternoon hours, with a slight chance for isolated showers or thunderstorms each day. Storms that form will drift towards the southeast at about 10 mph Tuesday – Wednesday, then toward the west at about 5 mph on Thursday. Breezy at times, especially near showers. Morning lows in the low to mid 50s. Highs in the upper 70s.

This week will seem very monsoon-like. The atmosphere over Arizona remains unusually moist and unstable for this time of year, while a weak upper-atmospheric shortwave trough will sweep southeastward across the area today. Expect widespread shower and thunderstorm activity today (which has warranted a flash flood watch to be issued by the NWS). Tomorrow through Thursday, the air will be a bit drier behind the trough, with a lingering possibility for isolated showers or storms.

On Thursday to Friday, weak low pressure will become cut-off over Southern Arizona, and could remain in place through early next week. The current forecasts indicate that southeasterly to easterly flow around the north side of this cut-off low will usher more moist air back into northern and central Arizona for an increasing chance of showers or thunderstorms through the coming weekend. Drier air is expected to return early next week.

According to the National Weather Service, the North American Monsoon (NAM) officially spans from 15 June - Sept. 30. Based on this definition, the monsoon is officially over. Below are some graphics to show just how much rainfall we received during that time. If we add the values on the two maps, we see that the monsoon precipitation totals range from about 8.50” to about 18” at residential sites where volunteers manually submit their rainfall totals. The totals were a bit higher in some of the mountain locations south of town, according to radar estimates. We have likely received 4-10 inches more than normal this monsoon in central Yavapai County, and the precipitation has been more frequent than normal, allowing the grasses and shrubs to grow taller.

The vegetation is green and lush right now, but if the coming winter is drier-than-normal as expected, we will have a lot of fuels to burn during the coming spring fire season. Take the opportunity to mow the weeds and clear the brush around your homes before the coming spring. 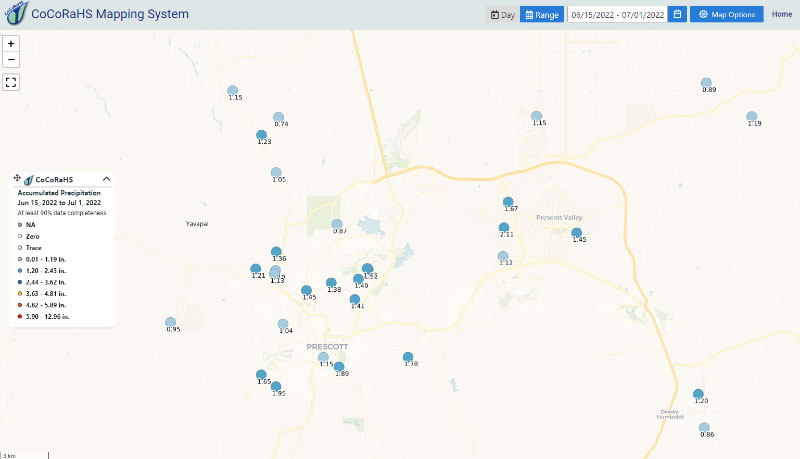 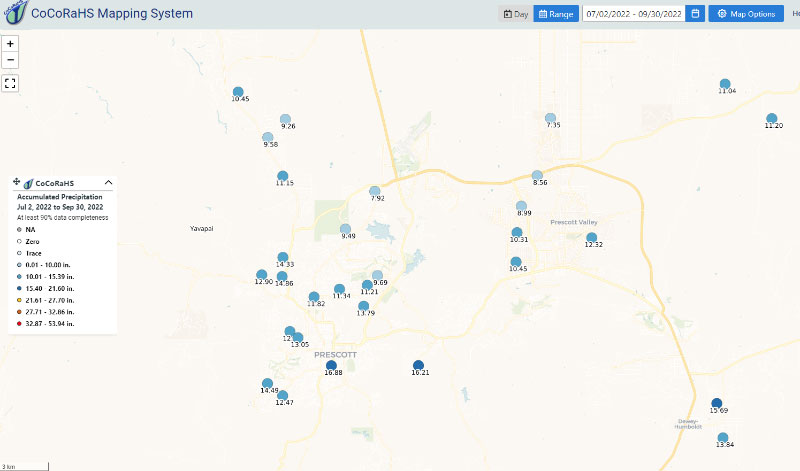