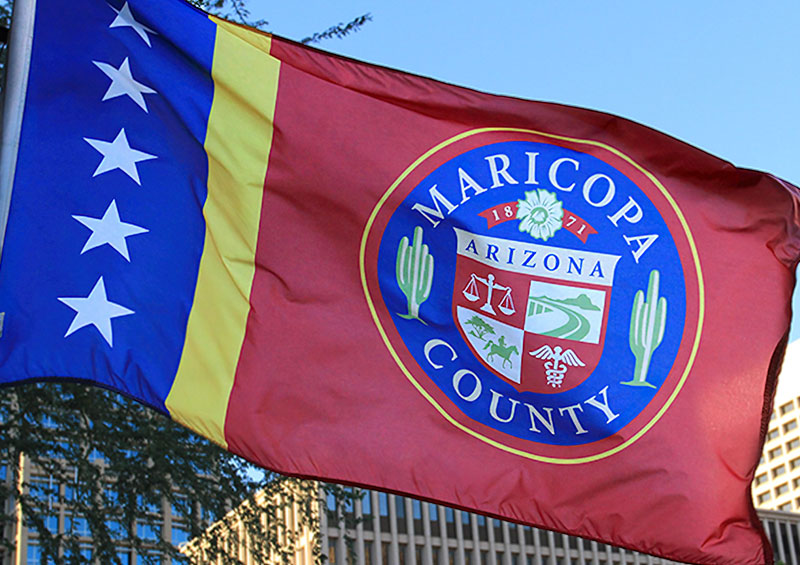 Board of Supervisors Responds to Legislative Subpoenas

The Board of Supervisors voted 4-1 today to direct its attorneys to respond to the subpoenas issued by the Arizona Legislature by filing a complaint in Superior Court (read the complaint). The two subpoenas ‘command’ the Board to turn over private voter information including names, addresses, dates of birth, and party affiliations. The subpoenas ask not just for access to voting machines and computers, but also for usernames and passwords. The subpoenas also demand the Board produce election software that Maricopa County doesn’t even use or possess. The Board believes the scope of the subpoenas presents multiple legal concerns that necessitate a court ruling.

The Senate subpoenas demand inspection of more than 350 voting machines used in the election. The Elections Department must maintain a strict level of security over tabulation equipment to comply with federal certification standards. Providing the Legislature with the requested access to this equipment could jeopardize the security and certification of the machines for future elections, making them useless to the voters of Maricopa County who paid millions for the technology. The demand for usernames, passwords, hard drives and servers creates a clear security risk to voters and future elections. And the insistence that Maricopa County turn over private voter information potentially violates state law and the Constitution of Arizona.

The Board of Supervisors has welcomed good-faith efforts to learn more about the 2020 General Election. Chairman Clint Hickman, Election Day Director Scott Jarrett, and Assistant County Attorney Tom Liddy appeared before the Senate Judiciary Committee on December 14 and answered all questions in the spirit of cooperation. Prior to the 2020 elections, the Elections Department provided legislators with the opportunity to look at equipment and ask questions, and many took a tour to gain a better understanding of the operation. Board members stand ready and willing to provide that same access when the legislature convenes in 2021.

The Board remains certain there was no fraud or manipulation of votes during the November 3rd General Election. The County has been a party or intervener in multiple court proceedings that have heard the plaintiffs and ruled there was no evidence of irregularities. The same machines were used in all the voting contests in 2020 with no legal challenges until after the General Election.

Board members look forward to partnering with state lawmakers in the coming months to combat misinformation regarding elections and address concerns from voters. A forensic audit of election equipment may be one way to accomplish this, and Board members will support that effort when all litigation about the General Election has ended. The Board is hopeful that day is near, especially considering previous court filings by outside parties have delayed the Board’s ability to address questions about election equipment and processes.

Read the letter to the Senate President 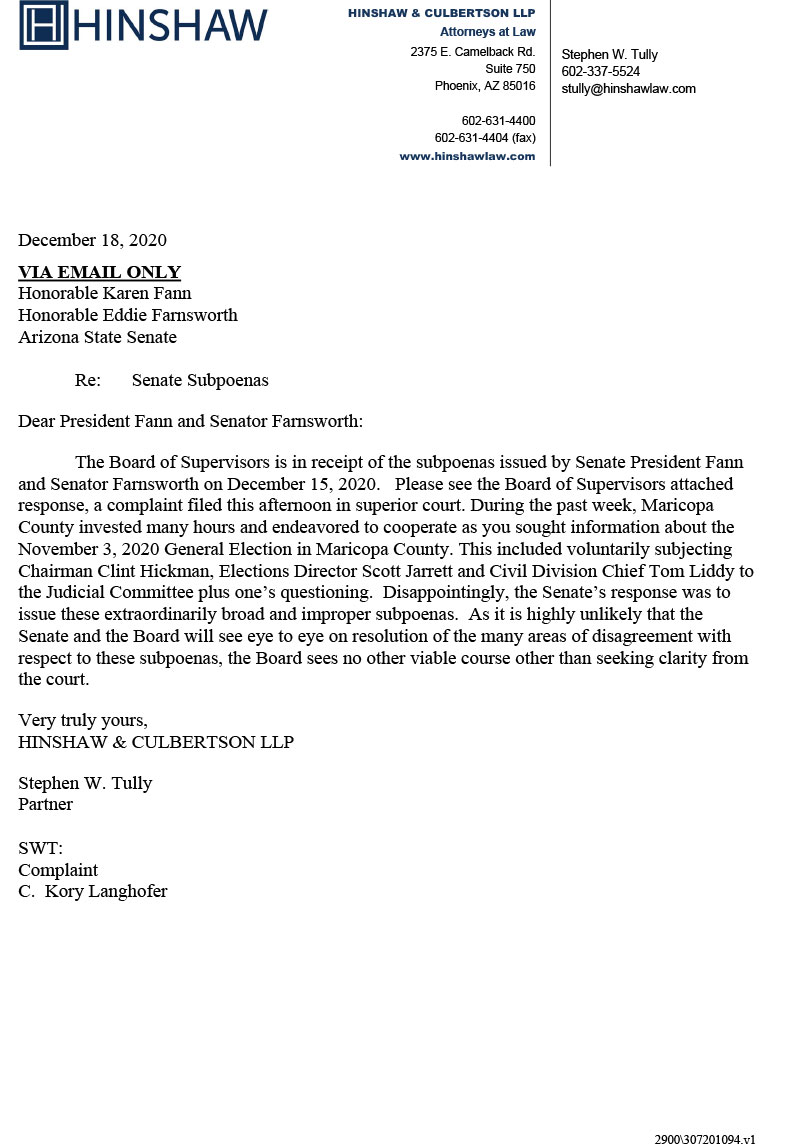 To be clear, though: Board members believe the 2020 General Election is over. The results have been certified. Maricopa County’s process throughout was transparent and the results produced were accurate. The Maricopa County Board of Supervisors will continue to provide secure elections and will not allow false allegations driven by conjecture to deviate the Board from that mission.