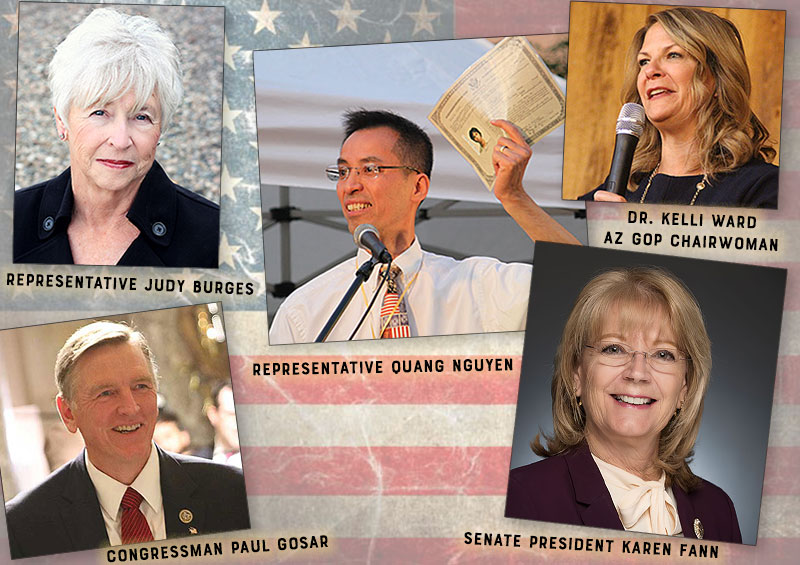 Big thanks to locally elected officials

Headlines gleefully note when a prominent politician is the subject of intense scrutiny and anger from their base.

Elected officials get piles of letters from constituents that are complaining, angry or just generally unhappy. However, they aren’t as accustomed to getting letters of support and appreciation. Even if they do, the mainstream media seldom reports on it.

Amazingly enough for a rural community, the Republican Women of Prescott (RWOP) is the largest organization of Republican women in the entire country, with more than 900 members. That means that getting a letter from the RWOP Executive Committee carries a lot of weight to locally elected officials. Especially when it is to express appreciation and support for their local representatives and leaders at the Arizona State Capitol and in Washington, DC.

The officials recognized are:

“Thank you for standing firm in seeking the truth and requesting a subpoena regarding validation of the November 3rd Arizona election. We pray that the information sought int he subpoena will bring forth any violations in our election process and whether there has been any illegal votes, switching or changing of votes for any of the candidates…”

While many political organizations are censoring their representatives, RWOP chooses to show appreciation. 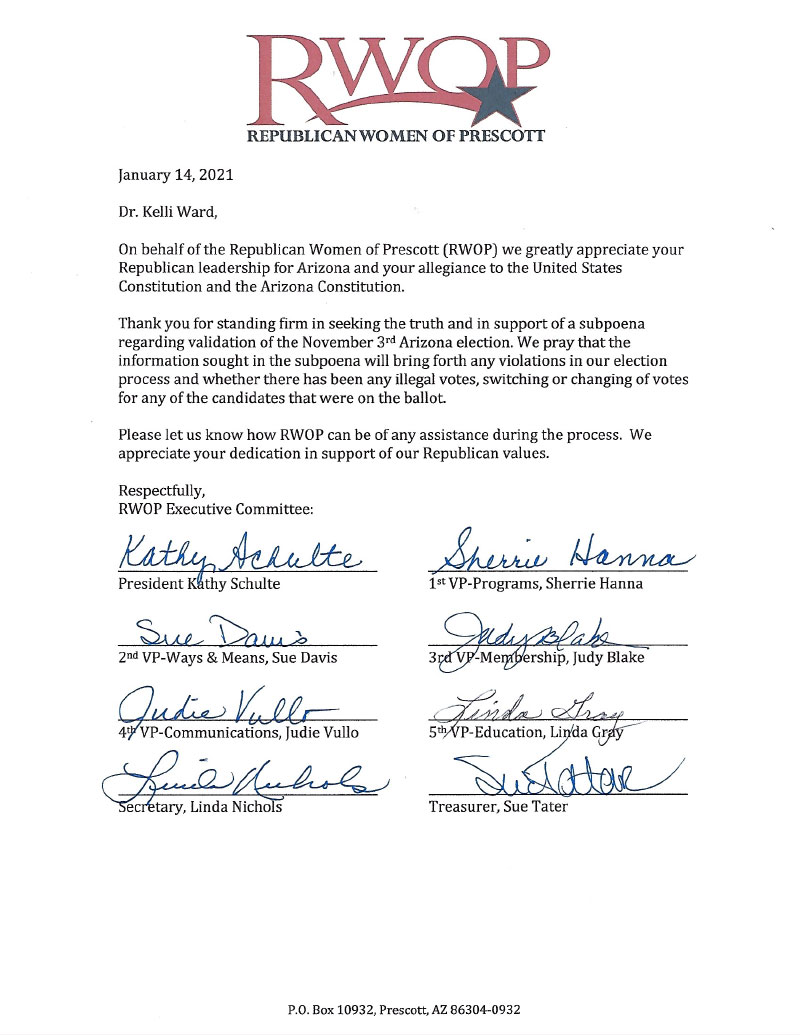