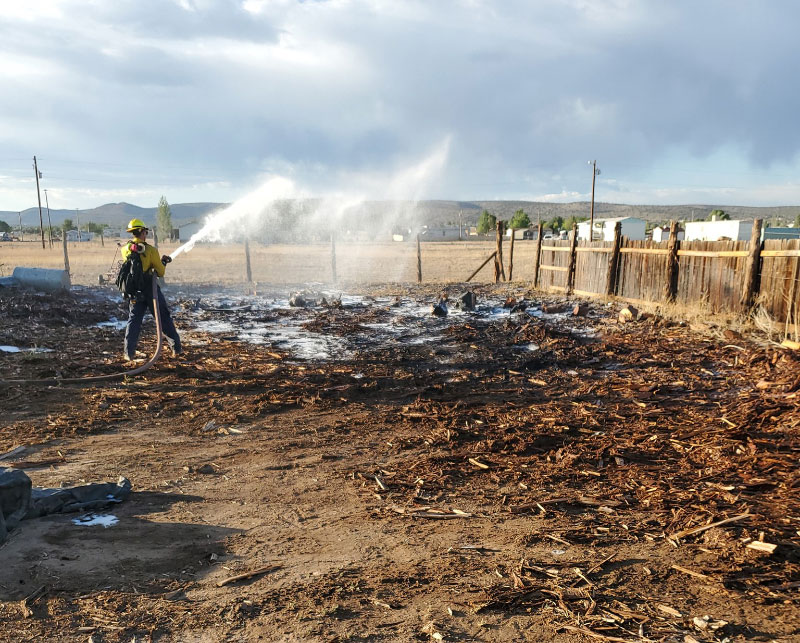 The Yavapai County Sheriff’s Office is asking for your help in identifying a suspect or suspects involved in an arson in the Paulden area. On Thursday, June 3, 2021 just before 5:30 P.M., a YCSO deputy responded to the area of Grand Canyon Road in Paulden for a fire. The deputy arrived 3 minutes later and attempted to put out the fire with a fire extinguisher but had little effect. Firefighters from Central Arizona Fire and Medical Authority (CAFMA) arrived a few minutes later. Thankfully, the firefighters were able put out the blaze within the hour.

The investigation to follow revealed the fire had been started intentionally. The suspect or suspects had also constructed a homemade incendiary device which luckily failed. Witnesses in the area reported seeing two juveniles on a red and white quad in the area at the time of the fire.

“We are well into fire season, and I can’t stress just how quickly things can get out of control. Just last month, 30 homes were lost after a fire started. Everyone needs to be responsible.,” said Sheriff David Rhodes. “We want to take a moment to acknowledge the deputy and firefighters who responded to this incident. Without their quick response, this fire would be have been a whole lot worse.”