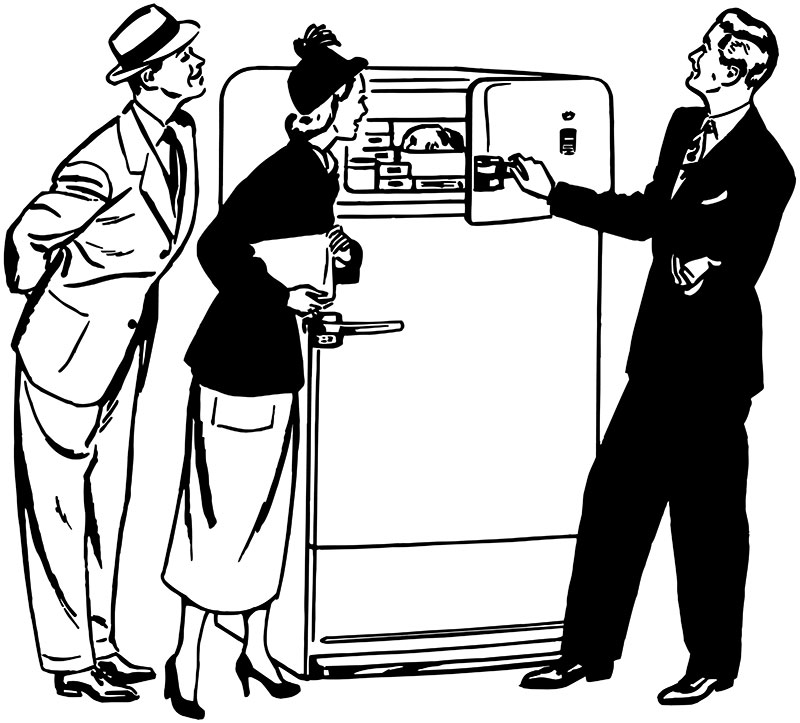 The Journal of Prevarication, The Most Trusted Name in Lying

One of the goodies Miss Ellie gave me for my birthday is a nifty little book about how things were in the year of my birth.

That was 1935, the year Elvis Presley and Jerry Lee Lewis were born, and the year the board game Monopoly was introduced.

The book contains color magazine ads about the wonderful new things available. Like the Arvin car radio, an add-on at a time when manufacturers did not routinely put radios in cars. Before I could afford a car, I owned an Arvin. I ran jumper cables out my bedroom window to my dad’s truck so I could listen to The Grand Ole Opry.

Ads by Frigidaire and Kelvinator trumpeted the benefits of electric refrigerators. Refrigerators no longer had motors on top, but they still stood on furniture-like legs.

The refrigerator was good for you, and good for your food. “And conveniences!” the ad for the Frigidaire ’35 gushed. “A light flashes on when the door is opened…”

This leads me to one of my favorite examples of “spin.” Only washer manufacturers admit to using spin, but our society is held together by the centrifugal force of spin. 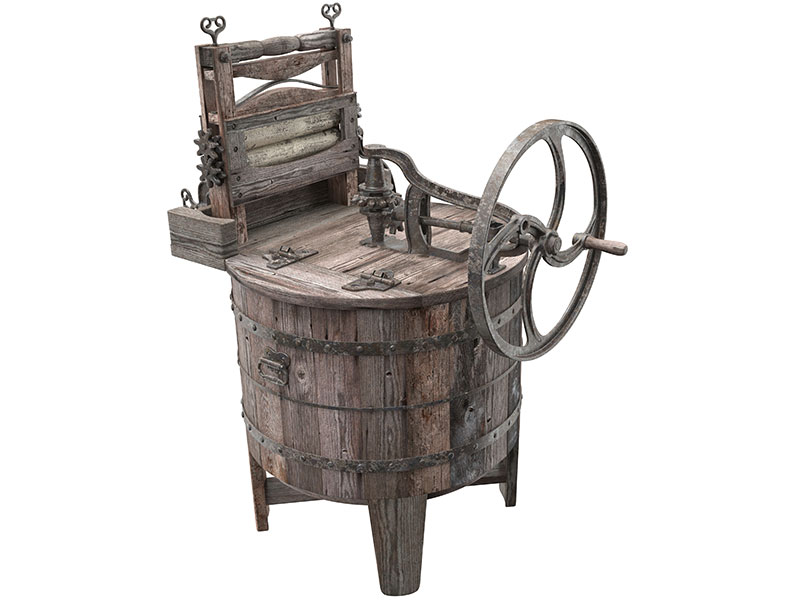 If someone is selling a new product, or a controversial idea, he will describe it as a soaring eagle. Competitors will deride it as a skulking turkey vulture. Often, it is simply someone’s pet crow, put through the spin cycle.

Electric refrigerators replaced “cordless” models, iceboxes with no moving parts, fueled by a block of ice inserted into a metal compartment at the top.

My parents used an icebox as late as 1940. We lived so far out in the country that a fifty-pound block of ice shrank to twelve pounds by the time the iceman reached our place.

In the 1930s, manufacturers of ice fought back against competition from the electric refrigerator.

Crystal Ice & Cold Storage Company of Phoenix warned that an electric refrigerator would mummify foods. One ad read, “You wouldn’t put a fresh-cut rose in a fruit jar.”

Diamond Ice advertised: “Ice is the ONLY type of refrigeration that maintains correct humidity. It does not draw natural juices from foods, but keeps them properly moist and fresh.”

Sadly for the ice companies, the icebox became a pricey collectible. I still call our refrigerator “the icebox,” a harmless eccentricity to people who call it “the fridge.” What an ugly word.

One related bit of 1935 spin: Continental Can Company had a cute ad touting the health and nutritional benefits of canned fruits and vegetables: “Health and Freshness Sealed in a Can.”

I grew up on canned foods, and the result is a pretty convincing argument for those who advocate fresh food.

The Brotherhood of World-class Liars will hold its annual summit in Wickenburg the first week of November. All three of us will be here.

This article was first published on September 30, 2009. It is republished here on CopperState News with the consent of Ellie Hartz-Cook.