The Journal of Prevarication: Health Care Reform For Hypochondriacs Featured 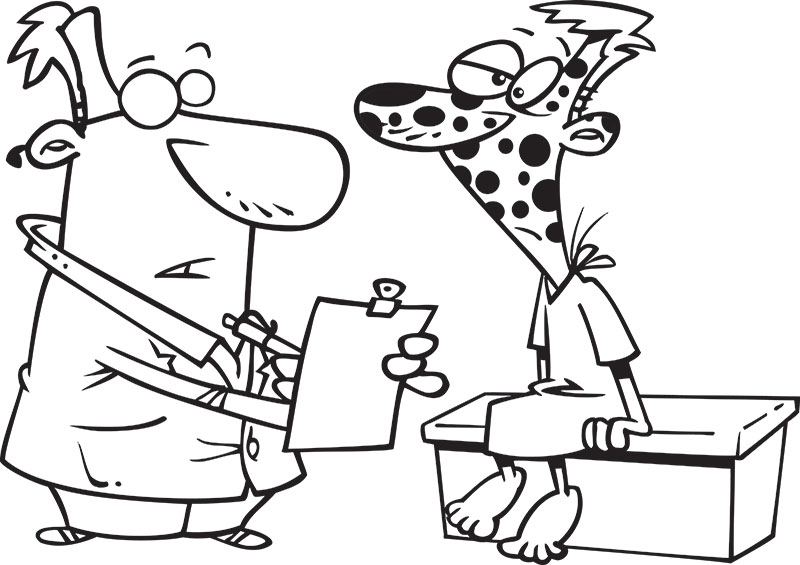 Just because you're a hypochondriac, doesn't mean there might not be something wrong.

Let me say right up front that I’m not a hypochondriac.

The impact that hypochondriacs have on health care costs have been largely overlooked.

This is one of the proudest moments in the ten-year history of The Wickenburg Institute for Factual Diversity. We have been commissioned to develop a plan to reform health care for hypochondriacs.

The impact that hypochondriacs have on health care costs has been largely overlooked amid the hysteria and bloodshed of the 2009 health care debate.

Let me say right up front that I’m not a hypochondriac. I may be suggestible, but my ills are real, and devilishly hard to identify.

Twenty years ago, I watched TV commercials for wonderful new drugs to treat dreadful ailments. I’d think about my symptoms and think, “Gee, I wonder if that’s what I have?”

Often, I’d decide to have some other disease, whose side-effects were not so catastrophic.

Nowadays, I watch commercials about even more esoteric ailments and think, “Thank God, I don’t have that–yet.”

To begin research on our project, I went looking for Larry, who walks around with the fingers of his right hand checking the pulse in his left wrist. I interviewed him a few days ago in his den, where he has used empty pill bottles to build a scale model of the Mayo Clinic.

Larry was happy to talk about his poor health, because it diverted him from thinking about another big disappointment. He is a life-long prospector, and he finally found a pretty good vein of gold out by Octave. The big strike was framed by three Joshua trees growing in a triangle. Larry took note of the spot, and came to town to toast his good fortune.

When he went back, he couldn’t find his mine. It was one of those super-hot August days, and the three trees had gone looking for shade. Of course, Larry feared that he had hallucinated about the mine, but that didn’t account for the nuggets in his pocket.

I know better than to ask a hypochondriac, “How are you?” I said, “Hey, Larry, how’s your copperosity sagaciatin’?” My grandfather used to ask my dad that nonsense question, which means, “How are you?”

Larry answered, “A day late and a dollar short. My lassitude is enlarged, my forehead feels warm, and my nose is dry. I have a simultaneous jawbone, chronic presarpsis, and Stockholm syndrome.”

“Have you been to see the doctor?”

“Not since Wednesday. Doctors and wives always want to know what my symptoms are. I don’t have any of the usual symptoms. I suffer from Maylasia. That’s a French word for feeling crappy all over.”

I’ll spare you Larry’s talk of his kidneys and gastrointestinal system.

As Larry talked, I began to feel a little dizzy. Even more dizzying is the challenge ahead of us. Holy internist. This is not going to be easy to figure out.

We have to develop a reform plan to insure people who have imaginary diseases. That implies an imaginary health care plan, with imaginary doctors, phantom nurses and facsimile prescriptions. Selling the plan will require finesse, and maybe skillful television pitchmen.

People have been wildly imaginative in their objections to health care reform, so they should be able to imagine a stealth health plan. On the bright side, the plan would not raise taxes.

I ran into Larry at the pharmacy today. He was refilling 28 prescriptions.

He said he just celebrated his hundredth birthday, and he feels lousy. “I have adult tension deficit disorder. I saw an ad on TV.”

Editor's Note: This column was originally published on September 16, 2009 at the Journal of Prevarication blog. We have republished it with the gracious consent of Jim's widow, Ellie Hartz-Cook.