A Female on Over the Hill Trail Called 911 Featured 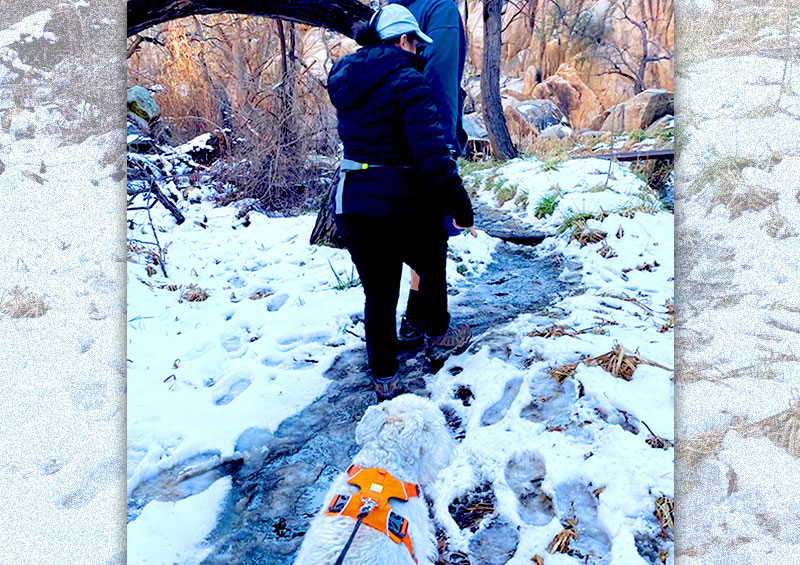 A Hiker in Distress Calls 911

On Friday, February 25th at about 3:30 PM Prescott Regional Communications Center received a 911 call regarding a female that was feeling ill on the Over the Hill Trail near Watson Lake.

When the initial engine company arrived on scene they found a 51-year-old female who was alert to her surroundings and had been out about 3 1/2 to 4 hours. She was very tired, dehydrated and needed assistance to be able to get back to her car. With all vitals and neurological assessments checked, it was determined the best course of action was to give her an anti-nausea pill and assist her out via established routes. The patient, along with a small little pup named Bruno, were able to hike out the Flume Trail under their own power and Prescott Fire Department Battalion Chief Ralph Lucas gave the 51-year-old female a ride back to her car as no further medical attention was needed for the patient.

This patient did everything correctly. She was dressed properly for the environment to be encountered, had a charged cell phone, carried plenty of water/snacks and stayed put when she made the 911 call. Her staying put allowed Prescott Fire units to arrive for assistance a lot more quickly and they had to do minimal searching for the patient.