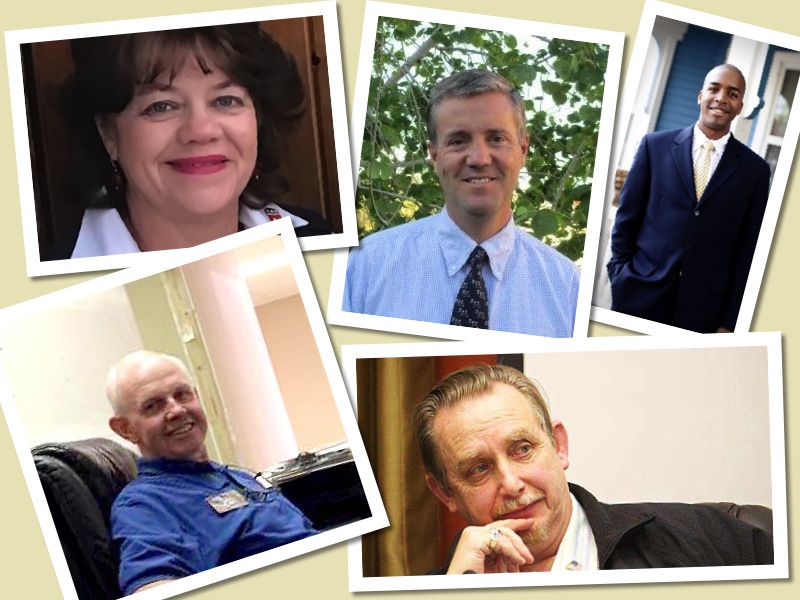 Council selects five finalists for consideration for the vacant seat

Who will be chosen?

During a Special Executive meeting on Tuesday, February 2, 2021, the Prescott City Council examined and considered all applicants for the Council’s open seat. The vacancy was due to the resignation of Billie Orr, who left due to health reasons, effective January 19.

Afterwards, they held a brief public voting meeting to select five (5) finalists for Interviews to be conducted during a Special Voting Meeting on Tuesday, February 16. Councilman Goode reminded everyone that he was not in favor of selecting a candidate for the full remainder of the term, but they unanimously voted in favor of the following finalists:

A public comment period on the following finalists is open now through February 16th.

The vacancy, when announced, generated a great deal of interest. Twenty-four (24) applications were received.

On January 12, 2021, Council discussed the two options available for filling the seat.

A. Select a candidate to serve until the next general election in November, at which time voters would choose a candidate to fill out the term, ending in 2023

B. They could select someone to fill the balance of the term, which ends in 2023, approximately 33 months.

Councilmembers Goode and Rusing wanted to choose Option A, arguing that there was plenty of time for someone to collect signatures and run as a regular candidate for the two years remaining on the term.

Councilman Sischka felt that they should look for qualities that mirror those of Councilwoman Orr, and they should find a candidate that is not just a seat filler and could contribute fully for the remainder of the 33 months remaining in the term. Mayor Mengarelli also agreed that Council should select someone who epitomizes Councilwoman Orr’s values to honor those that voted for her, but said that it was important no Council member push a candidate, since all applicants deserve evaluation.

Councilman Blair pointed out that the seats have been filled for the balance of the term in the past, and he thinks it is important to choose a knowledgeable person, not just a seat warmer. While supporting a full-term appointment, Blair emphasized that the process needed to be as open to the public as possible.

Mayor Pro Tem Scholl noted that she could understand the value of both options, she also realizes there is a lot to learn and understand about being on council. She felt that tackling that learning curve, while also running for office would be challenging. She pointed to the security in consistency, particularly with some of the items which Council will be considering this year.

On a vote of 4-2, with Goode and Rusing dissenting, the Council decided to fill the seat for the balance of the term, ending in 2023.

Accept public comments on the finalists for two weeks, ending February 16 in a special voting meeting to select the final candidate (currently in process)

To submit public comments on any or all of the five finalists, you can send them in an email to: This email address is being protected from spambots. You need JavaScript enabled to view it..